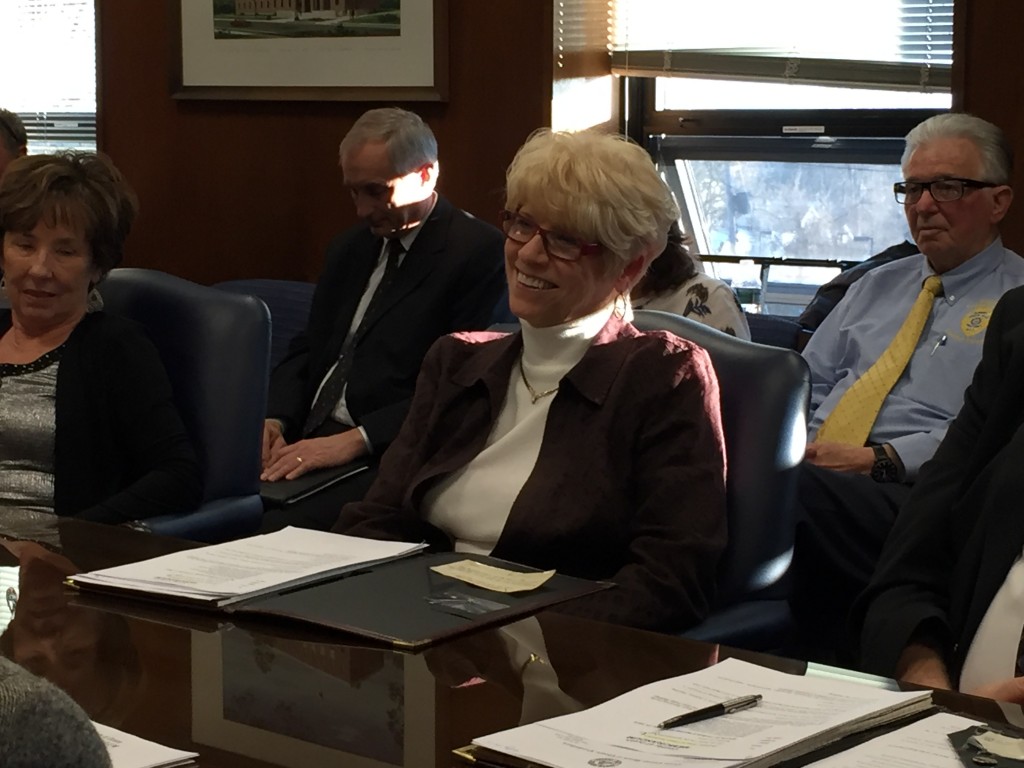 Virginia “Ginny” Haines, a former state assemblyowman and state lottery director, was sworn in as an Ocean County freeholder Wednesday and attended her first meeting of the county’s governing body – a work session that lasted about an hour.

Haines, 69, of Toms River, was sworn in by county attorney Jack Sahradnik in an informal ceremony before the meeting began. She replaces former Freeholder James Lacey, of Brick, on the board.

Haines serves as a Republican National Commiteewoman and is a luminary in Ocean County politics. While in the assembly, she serves as assistant majority whip. Her new colleagues on the freeholder board praised her leadership abilities and her ability to hit the ground running in her new post.


“Ginny’s off and running, and we wish her well,” said Freeholder Gerry Little. “She’s going to be a wonderful addition to the board.”

“I was running mates with Jimmy eight times,” said Freeholder Jack Kelly, addressing Haines. “We became very close – as running mates, you become like brothers – but we’re very happy to have all the experience you bring to the table on day one. You know how to be a leader. Our main job is to set the agenda and the goals, and work with staff to make sure it’s implemented.”

Haines said she intends on running for a full term on the freeholder board. Her seat, along with Kelly’s, is up for re-election in November. It is unclear whether Kelly will be her running mate, or if he will be appointed to the state parole board in the near future. In the case Kelly leaves the board, Lacey Committeeman Gary Quinn is the frontrunner the fill the seat.

Haines was selected by the county Republican committee at a convention Tuesday night.

“I’m very happy and pleased the county committee selected me,” Haines said. “I look forward to serving on the board for a long time. It’s the county I love, I’ve been here forever.”