It may be winter, but summertime fun is never far from the minds of most Shore residents… 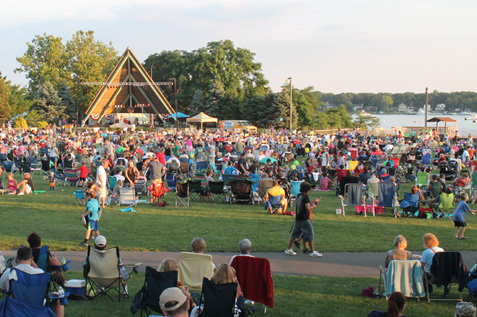 It may be winter, but summertime fun is never far from the minds of most Shore residents. Likewise, township officials are busy planning next year’s Summerfest events, and recently announced the concerts that are being planned for the annual celebration.

Officials have also begun awarding contracts for food concessions at the event. Since becoming mayor in 2014, John Ducey has pivoted the food concession from one in which local nonprofit groups would sell food as a fundraiser to a formal bidding process where private restaurants and caterers pay for a space.


This week, the township council awarded a contract for hot food, including sausages and cheesesteaks, to Tony’s Italian Sausage for $952. Another contractor, Johnnie and Debbie O’s, had the high bids for several food items: $1,302 for grilled and fried items, $901 for ice cream, $802 for Italian ice and $902 for funnel cakes.

Bids for pizza and deli items are being readvertised for bid, along with the beer and wine concession, which brought in $5,600 last year.