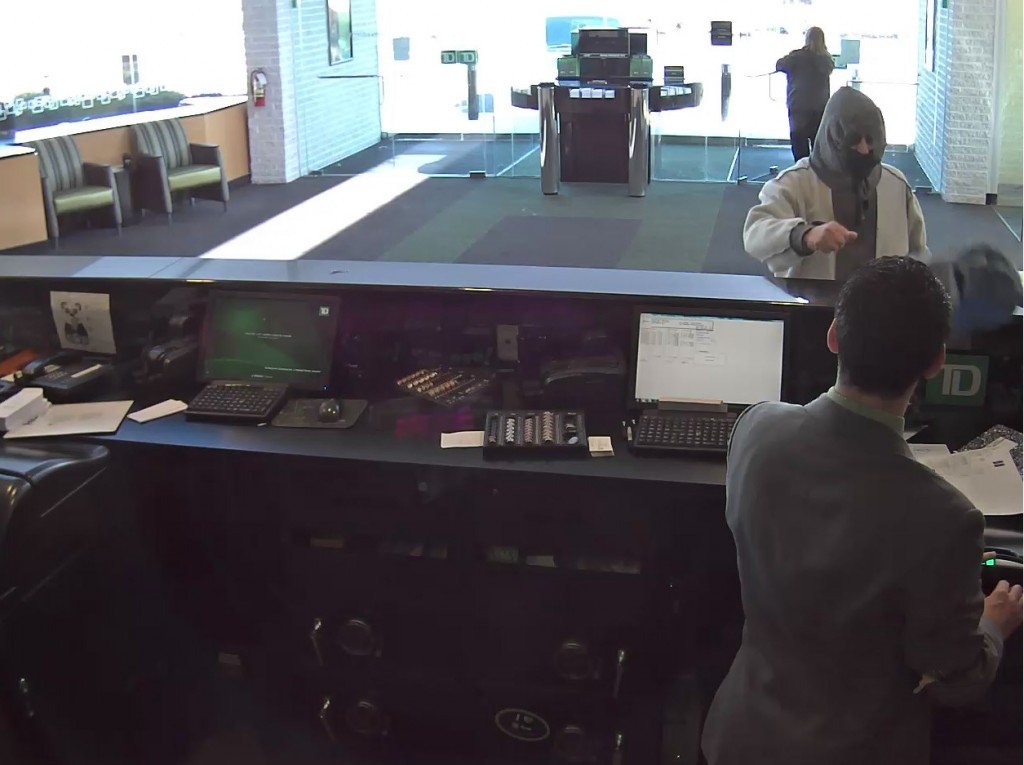 A masked robber went behind the counter of the TD Bank branch in Brick Monday morning, assaulted a teller, then fled toward Route 70 without any cash, according to Brick police.

The suspect is still at large. Police released surveillance photos of him this afternoon.

Brick police were called to the bank at 11 a.m. Monday, said Sgt. Neal Pedersen. After assaulting the teller, the suspect jumped the bushes at the Mr. Tire store next door to the bank and continued to run towards Route 70. No weapon was displayed during the incident, Pedersen said, and the teller was not injured in the assault and did not require medical attention. 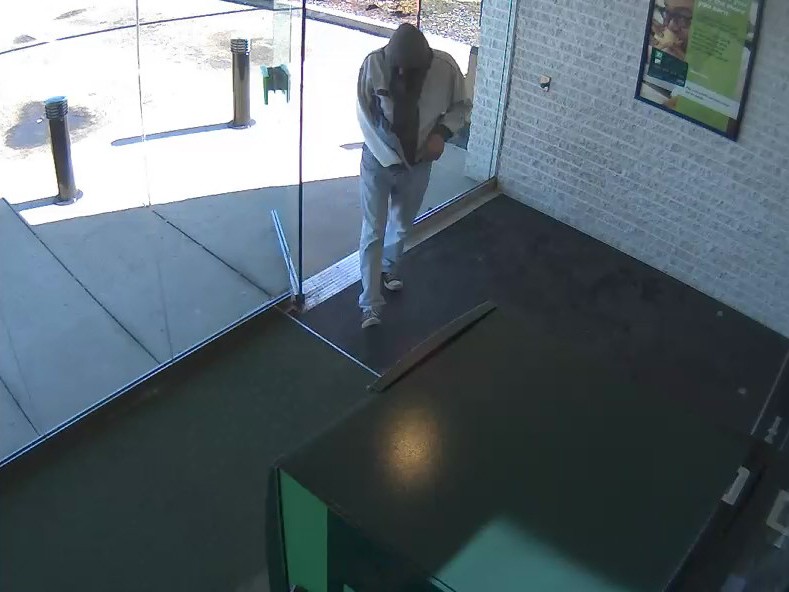 The suspect is described as a skinny white male in his 40s, wearing a grey inside-out hoodie, sunglasses, with a large nose. He was wearing Converse style sneakers and a black neoprene face mask.

Brick Police Detectives Waleski and Ulman along with FBI agents from the Red Bank office are investigating. Anyone who may have any information about the robbery is being asked to call Waleski at 732-262-1170. 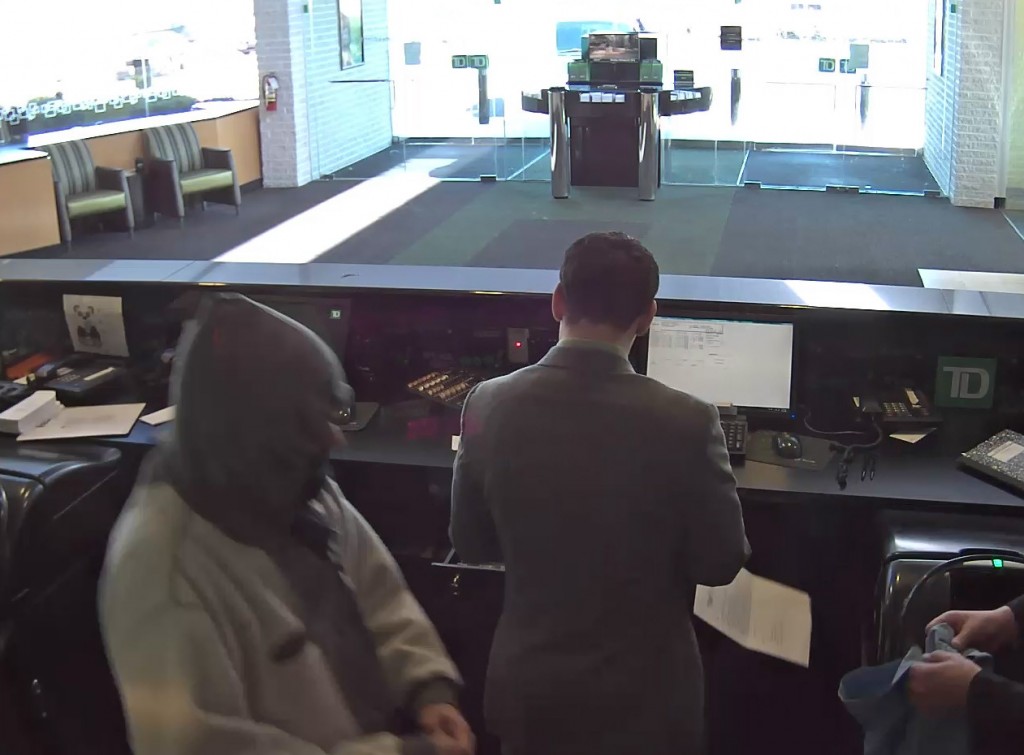