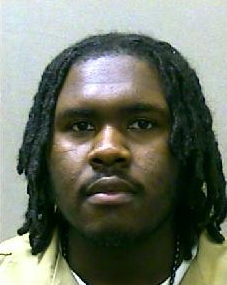 In a decision released Wednesday, a panel of state appeals court judges ruled that Jahmell Crockam, currently serving a life sentence without parole, was not eligible for a new trial. His attorneys had argued that the statements of two witnesses surrounding warrants and anti-police rhetoric tainted the jury. The attorneys also claimed that a cell phone picture was prejudicial in nature because it would have suggested the police had additional evidence against Crockam that was not being presented.

The court ultimately found that the photo, via text messages, was widely circulated after the shooting, had no third party involvement from law enforcement and were properly admitted in the trial. Regarding the anti-police statements from Crockam – specifically, that he told friends he wanted to murder a police officer – the court likewise ruled that the statements were rightfully admitted into evidence.


Crockam, according to trial testimony, told a friend that he would not return to jail for “something stupid” and if he did, it would be for killing a police officer. He made similar statements to another friend.

Generally, the court ruled, state law prohibits previous bad acts from being used at trial to establish a propensity or predisposition to a crime, however “such evidence may be admitted to show motive, opportunity, intent, preparation, plan, knowledge, identity, or absence of mistake when such matters are relevant to a material issue in dispute.”

In the Crockam case, the statements were “clearly evidence of his state of mind at the time he shot Officer Matlosz,” the opinion states.

According to witnesses, Matlosz stopped Crockam on August Drive the afternoon of Jan. 14, 2011 after recognizing him, potentially as a wanted suspect. When Matlosz turned to speak on a radio or cell phone, court testimony showed, Crockam shot him in the neck, then fired two more shots at close range into his police vehicle. He then fled to Camden with the assistance of several friends.

Crockam, now 24, is currently being housed at New Jersey State Prison in Trenton. The full court decision is available online.