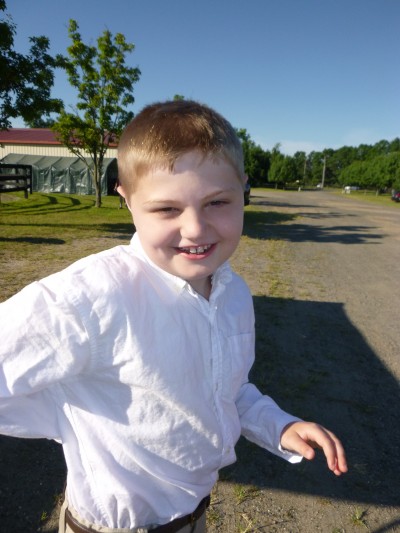 Recently I posted a piece in my various venues talking about what I’d learned about autism in the almost twelve years since Justin’s diagnosis. There were the usual variety of comments, some positive, some definitely less receptive (to put it mildly,) and although I usually don’t respond to criticism with a “rebuttal post,” this one has been ruminating for a while.

So here it comes people.

In the piece I wrote mostly about acceptance, of coming to grips with what severe autism means for my eldest son’s life trajectory. One of the things I wrote was the following: “You will learn that you’ll always worry about what will happen to them after you die. You will learn to live with it.”


I stand by those words. I have learned that I will always hate the fact I can’t be with him, loving him, protecting him, and caring for him until his death. If I could change that and still give him a normal lifespan, I would in a second. The thought of someone potentially hurting my boy is horrifying, an ache in my heart that never goes away.

But I have learned not to let it paralyze me as it often did in his early years, when I tried so desperately to alleviate the severity of his autism so he would live an independent life. All of our therapeutic interventions did not change the fact that he will need constant care for his entire lifespan. I’ve learned to shelve that fear so that it is not always in sharp focus, so I can be present in my life and be the mother I need to be for both my autistic boys.

I’ve accepted his need for lifetime care. I will never embrace it.

There are always challenges in our daily life with Justin. His OCD can be daunting, and sometimes he still has aggressive outbursts. It’s not all lollipops and rainbows chez McCafferty.

But the last few years have been so much better than his earlier ones that I’m often inspired to write about his progress. I’ve been told by readers that I’m naïve, to wait until puberty hits, and wished good luck with the “post-21 abyss.”

And maybe they’re right. I say this without “snark”- perhaps when puberty hits it will all go to hell in a handbasket, and my primarily sweet, smart, happy tween will become unidentifiable from the boy we’ve raised in the last few years. Maybe he will turn twenty-one and there will be no good group home placement for him, no quality “day care,” no money for home respite care. Perhaps I will be yelling at my husband to stop working so he can watch our thirty-two-year-old son so I can get my mammogram. Maybe everything will suck.

Maybe Justin will have options like my friends’ adult children have had in the past few years. One child is thriving in a group home, in better shape and the happiest he’s been his whole life. A grown son of my friend goes to a daycare center he calls “college” and loves it, and lives peacefully at home. Another friend of mine with two adult children with severe autism (yes, she is awesome) has brokered a deal where her two kids get respite care six and seven days a week respectively, are engaged in outings and activities they enjoy, and love their lives.

And just for the record, the last two examples are of autistic adults living large in Jersey.

Perhaps some of you are thinking, “sure Kim, that’s great for them, but your kid’s in the approaching autism bubble and you won’t have those pretty choices in eight years.”

And despite all the autism initiatives I read about daily, that might be my son’s fate. It’s too early to tell.

But even if I am harassing my husband in eight years I will never regret writing about or living these last few years, will never feel I was wrong about encouraging others to have hope. Five years ago we were dealing with daily insomnia, toilet training disasters, refusals to eat, daily aggression, and a host of other incredibly challenging issues that affected not just Justin, but our entire family. I wish I could have known then how much easier life would get.

I write for several reasons, and to be perfectly honest with you I write for myself as much as I write for my readers. My computer is a wonderful place for me to vent, said venting keeping me from consuming two pounds of chocolate daily.

Yup, I need my blog for my physical as well as my mental health.

But I also write for others, in an attempt to pay it forward to other parents, particularly those in the early years of diagnosis who may be feeling bereft of hope. You see, twelve years ago I walked into Barnes and Noble after having dropped off my two-year-old son in his pre-school program, purchased a hot chocolate, and settled into the special needs section. At that point I had read several memoirs about autistic kids, all having the outcome of moving to the mild end of the spectrum or losing their diagnoses altogether. I stumbled upon Susan Senator’s “Making Peace with Autism” and devoured it, let my hot chocolate grow cold. It was the first book I’d read where a moderate to severely autistic child had made progress but remained on that end of the spectrum, the first tome I’d perused where the family and child were happy despite the severity and the challenges autism presented to them.

It was the first book that gave me hope that someday my family might be happy too even if my child remained severely affected.

I’m certainly not comparing myself with the amazing Susan Senator, who remains my “autism rock star.” However, I know my missives have helped others, and I’m going to keep at it. I never want to walk around hollowed out with the fear and rage I felt in the early years. My goal is to be as happy as I can, to have my boys be as happy as they can be too, and to share their successes with all of you.

I will never give up pursuing safe, productive, and happy lives for them both.

I will never give up.
For more on my family visit my blog at autismmommytherapist.wordpress.com
Follow me on Facebook at Autism Mommy-Therapist