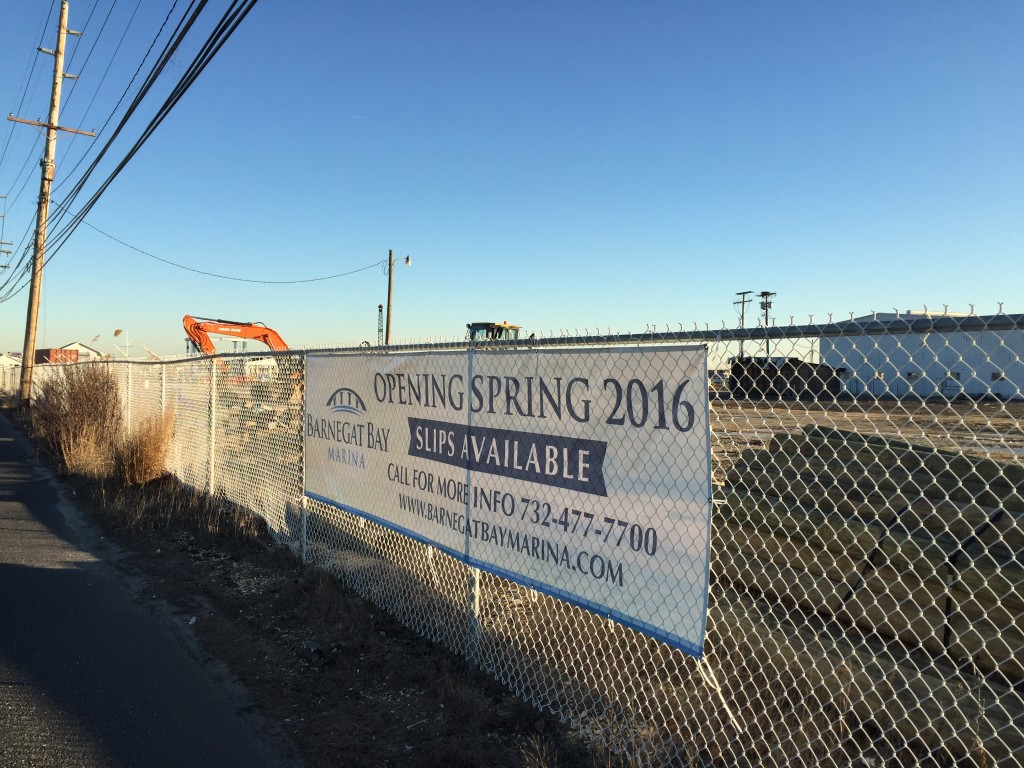 A bayfront marina property at the foot of the Mantoloking Bridge in Brick will undergo a significant redevelopment project in the coming months, featuring new boat slips and docks with numerous amenities and, potentially, a waterfront restaurant in the future.

The former Hinckley Yacht Services property, across the street from the Traders Cove park and marina, will be redeveloped as Barnegat Bay Marina and ready to accept its first slip customers this season, said Ryan Dunn of Intercoastal Marina Management, a Brick company that is managing the property for its new owners, two business partners from North Jersey who maintain seasonal homes in the area.

The marina took heavy damage during Superstorm Sandy, prompting the Hinckley company to put the property up for sale.


“It’s really going to be a clean slate,” said Dunn. “We’re putting things back together.” 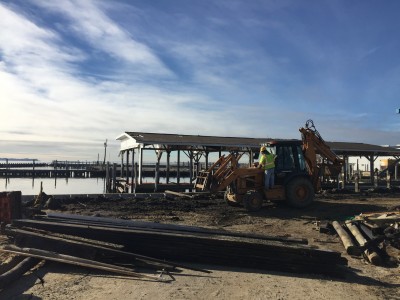 Crews have been busy for about two months taking down derelict building and getting the property ready for the planned facilities the site will offer. The first phase of the redevelopment project, Dunn said, is to install a new, state-of-the-art high speed fuel dock that is expected to open April 1. In its initial season, the marina is expected to have 30 to 40 slips available for lease.

The long-term plans for the site call for picturesque landscaping, a pool overlooking the bay and 110 wet slips. The new owners are planning on maintaining the in-water storage and service building that is built half on land and half covering the water. The overall plan for the site is still under development, said Tony Ferreira, one of the partners in the business.

“We don’t want to just rush into anything and be sorry later that we built something that doesn’t make sense,” said Ferreira. “One of the biggest things we keep hearing from everyone is to have some kind of restaurant. That is definitely in our next phase.”

Dock-and-dine access to the restaurant, a relative rarity in Ocean County despite miles of waterfront, is envisioned.

“We always felt from the beginning that it’s a great location for a restaurant, year-round,” Ferreira said.

Landscaping for the site will be done “to the nines,” said Dunn, whose company will manage the facility on a day-to-day basis when it opens in April. His company is assisting the owners design the layout and site plan and for the property, which will eventually be formally presented to the township planning board. Before Hinckley operated the marina, it was owned by local boating icon Kenneth Winter, who operated it as Winter Yacht Basin, drawing customers from up and down the east coast to have work done on their vessels. The new ownership will continue to take some cues from Winter’s era, even as it is redeveloped into a modern, state-of-the-art marina. 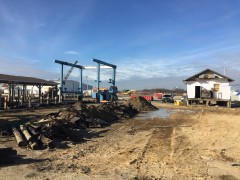 Slips will be “priced fairly for the service we provide,” said Dunn, and will be sized for both large – between 60 and 70 footers – and small boats.

“We’re going to have a blend,” Dunn said, adding that contractors are currently working on all new plumbing and electrical systems which will be ready in time for the opening.

The first year of the marina’s operation will be something of a work in progress, as construction crews will continue working on new docks, bulkheads and facilities all season long.

“We’re taking our time, phase by phase, trying to make sure we don’t take any missteps,” said Ferreira. “This is an interesting project, and it’s something we look forward to having for a long time to come.”

Dunn said township officials have been “very supportive” of the project. “They want this to get done and be a first-class facility – it’s the first thing you see in Brick when you come over the bridge.”

Both Ferreira and Dunn were confident the project will be a long-term success story, and an example of how a Shorea area marina should be run in 2016.

“If you take care of your customers and provide them with everything they’re looking for, the folks who continue to invest in this business and push it forward will succeed,” Dunn said.