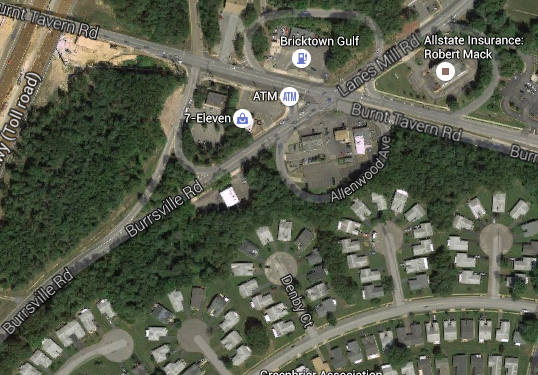 The closure most of Burrsville that lasted most of the day Monday was caused when a truck hit overhead wires and pulled down a utility pole, police said.

The incident occurred at about 11 a.m. Monday morning, Sgt. Neal Pedersen said. A tractor-trailer being driven by Neal Mescia, of Englewood, struck low hanging wires on Burrsville Road near the intersection with Burnt Tavern Road.

The wires hooked onto the truck which then pulled down three utilities poles and damaged a fourth, Pedersen said. Mescia was not injured in the crash. Firefighters from the Laurelton Fire Company responded along with the Brick Police EMS, police said.


When the truck was freed from the wires it was able to be driven from the scene, said Pedersen. The road was still closed at 7 p.m., with the resulting utility work set to continue until at least 8 p.m.

The crash is being investigated by Brick Police Patrolman Geskey.