Attorney: State Should Compensate Brick Homeowners Who Lost Beach Access Due to Wall 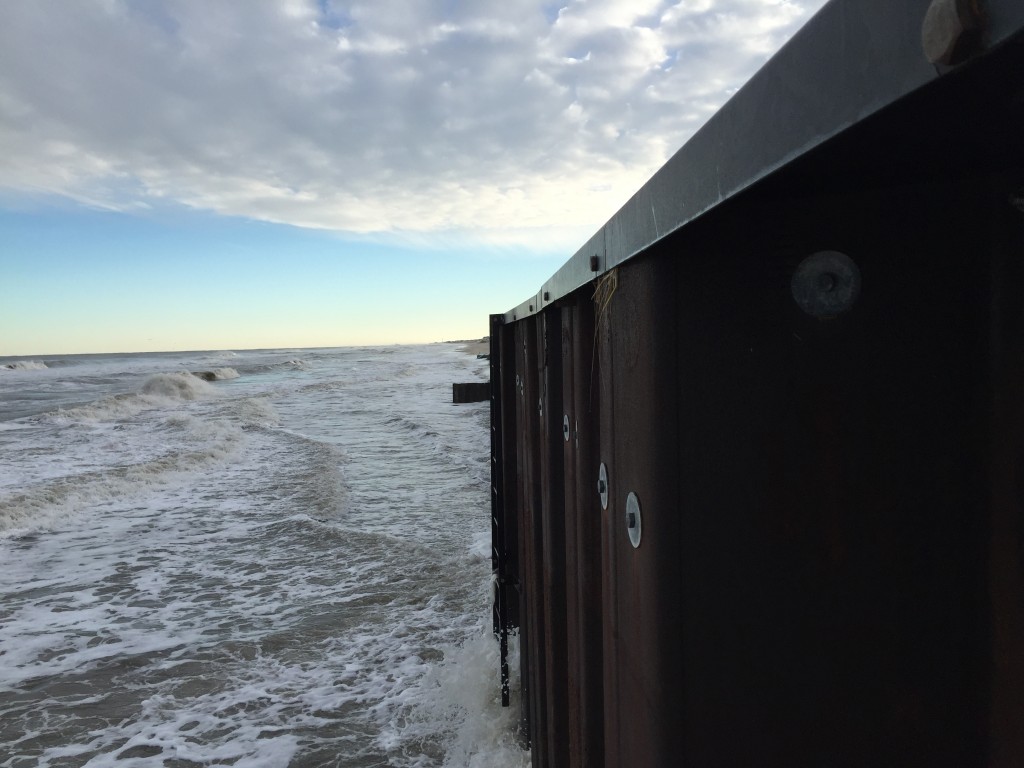 Oceanfront homeowners who temporarily have lost convenient access to the ocean should be compensated, an attorney representing three residents said this week.

William Ward, a Morristown-based attorney specializing in eminent domain issues, told Shorebeat that the homeowners had easements taken under the state’s Disaster Control Act rather than the Eminent Domain Act – a practice which has since been ruled improper by numerous courts – and the value of the easements when calculated under a traditional eminent domain taking should include damages caused by the sea wall.

The sea wall, which runs the length of Brick and Mantoloking, was supposed to be buried under 22 foot-high dunes, but ongoing litigation has stalled a federal beach and dune-building project from getting underway. In the mean time, the wall has been the only line of defense against nor’easters and other coastal storms, with the sand east of it having been scoured away by the waves. In some locations, there are between 10 and 20 foot drops from the top of the wall to the section below it, causing a lack of access and unsafe conditions. Last year, Brick built makeshift ramps to allow beachgoers to make it east of the wall and, Mayor John Ducey said, will do so again this year.

“We’re not opposing the project, but the people want to be paid for what was done here,” said Ward, who said the state should be held financially accountable for failing to cover the wall with sand in the absence of the federal project.

“One of these families I represent has young kids, and I don’t know if it’s safe,” Ward said, explaining that the concern of the homeowners  – whose beaches are private – is that a high-tide wave could come into contact with the wall itself, leaving no opportunity for beachgoers to escape being pulled out to sea.

The lawsuit does not seek a set amount of damages – an appraisal by the plaintiffs’ has not yet been completed, Ward said – but the legal filing is asking for the taking of an easement under the Disaster Control Act to be voided. Then, the state would be responsible for compensating the homeowners for the land, which should be more than the traditional, nominal amount the state would offer due to the decrease in value due to the drop-off on the beachfront.

“Who knows when, if ever, they will get to the beach replenishment project,” Ward said.

Ward is planning to meet with Brick Township’s attorney next week to address the lawsuit. He said Gov. Chris Christie’s labeling of homeowners who refuse to sign easements as selfish is misguided.

“They all want these easements for free, and then characterize the property owners as selfish,” he said. “But we have a constitution in this state that says when private property is taken, the owners have to be compensated.”