Now Retired, Brick Resident Made His Mark on the Federal Government 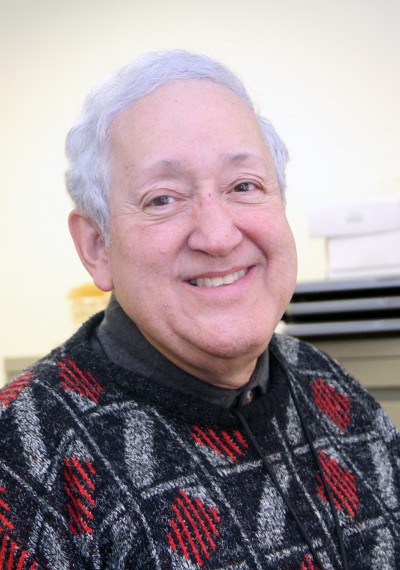 For more than 40 years, Brick resident Frank LaMura served the people of the United States through various jobs he held with the federal government. He enjoyed every minute of it, and feels he did his part to make the world a better place.

“I like to think my career meant something,” LaMura, 65, says. “Especially my 30+ years with the United States Army Corps of Engineers. The organization works hard to protect lives, property and the environment, and to help our nation grow and prosper. I take pride in being part of that.”


LaMura, who moved to New Jersey in 1991, started his government career with the Administrative Office of the United States Courts at Foley Square in Manhattan in 1973. First he was a jury clerk, qualifying people for jury duty, then was promoted to a docket clerk where he handled the admission of attorneys to the Federal bar and prepared calendars for judges.

“Working in the legal system was gratifying,” he says. “Making sure that good people serve on a jury is important. I feel I did my part to help ensure that justice was always served.”

He worked there until 1977, then joined the General Services Administration where he helped dispose of real property for federal and state agencies. His efforts helped to streamline the governmental process, saving taxpayer dollars.

The Brooklyn native, who has a B.A. degree in modern languages from Brooklyn College, joined the North Atlantic Division of the Army Corps in 1982, where he spent the remainder of his career until retiring in January. The Corps plans, designs and constructs projects to support the military, protect America’s water resources, mitigate risk from disasters, and restore and enhance the environment. The North Atlantic division is the Corps’ headquarters for the northeastern United States, Europe, and Africa, with offices in Concord, Mass., New York City, Philadelphia, Baltimore, Norfolk and Wiesbaden, Germany.

At the Army Corps, located in downtown New York City when he joined it, LaMura held various positions including Safety Technician and Management and Program Analyst. As a safety technician, he compiled and helped review and analyze quarterly accident statistics throughout the division.

“I worked with the staff to identify and correct problem areas and ensure good safety for both our employees and people visiting our projects,” he says. “It’s nice to know that you are doing something beneficial for both your coworkers and the general public.”

“That was a big change, I was not too happy about it since it was shortly after my mother passed away and I felt I had to suddenly adjust to too many changes in my life. I was also used to commuting by bus and was not too fond about driving to work,” he says. “Plus, in Manhattan, everything in the world was no more than a five-minute walk from the office. Shopping, dining, banking, historical landmarks, you name it. The World Trade Center was literally right across the street. And public transportation was an efficient way to get to work. That wasn’t the case in Brooklyn, and it took some getting used to. Of course, we were all thankful that we had moved when we did after what happened on 9/11.”

As a Management and Program Analyst, LaMura managed the payroll program for the office and advised district offices on proper procedures, among other duties. He received exceptional performance awards every year during his 34 years with the Corps, and received the Commander’s Award for Civilian Service when he retired.

“I think I did a good job during my 40-plus years with the federal government,” he says. “I feel I made good contributions and I’m satisfied.”

LaMura lives in Greenbriar and enjoys life with his friends and neighbors.

“It took a little getting used to at first, since life here is significantly different from living in Brooklyn,” he says, “but I’ve adjusted nicely and am totally New Jersey now. It’s cleaner, healthier and safer.”

He is active in line dancing and enjoys dining out with friends and travelling. He’s been to Italy several times, and plans to go to Atlantic City more often. He will also join some clubs, become more active in his church and take day trips in the immediate future.

“I also plan to visit my family in Florida more often,” he adds. “One thing I know I will not be doing is getting up at 3:45 a.m. to start getting ready for work. And I won’t miss slipping and sliding to work on icy roads in the winter, the numerous traffic delays and accidents and the long commute.”

Enjoy your golden years, Mr. LaMura, and thanks for a job well done!

Editor’s Note: The author, Lou Fioto, who lives in Middletown, is a public affairs specialist for the Army Corps of Engineers and a freelance writer whose work has appeared in The Asbury Park Press, The Staten Island Advance, The Sporting News, Writers Digest, and other publications.