Cops: Suspected White Supremacist Ex-Con Had AK-47 in The Woods 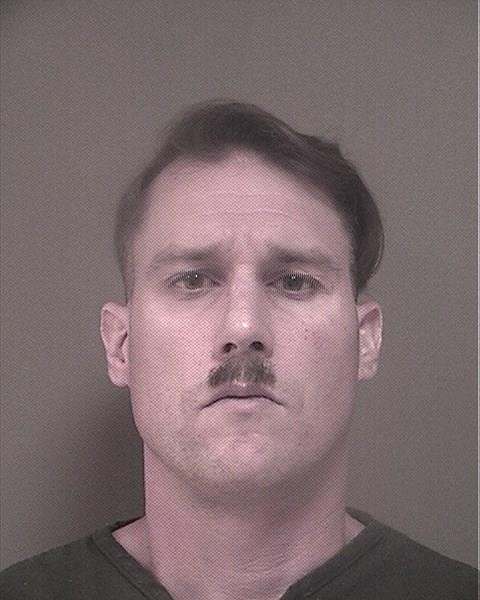 A cadre of law enforcement agencies tasked with preventing crime in Ocean County’s portion of the Pinelands nabbed an ex-con suspected of being a white supremacist with an AK-47, police said.

Led by the Lacey Township Police Department, officers fanned out over 60 square miles of the pine barrens within Ocean County on Sunday.

Just after 1 p.m., a patrol team from the task force spotted a suspicious vehicle within the wooded area in Lacey Township. The vehicle was a 2007 Hyundai Tucson which was pulled off of the path and into the woods on Bryant Road within the Greenwood Forest Wildlife Management Area, Lacey Police Chief David A. Paprota said.


The officers eventually located two men in the wooded area approximately 100 yards from the parked vehicle. One of the men, identified as Bruce J. Post III, was wearing combat gear and “gave indications of possible white-supremacist involvement,” said Paprota. After speaking with the men, the officers discovered an AK-47, a Walther P38 9mm handgun, eight 30-round high-capacity magazines, and one 100-round drum magazine, along with various forms of ammunition at the scene within the woods.

Post was lodged in the Ocean County Jail in lieu of $400,000 bail and his vehicle was impounded. The man who was with Post was not charged, though police conducted a K9 search of the area since the pair were found to be in possession of a shovel and tarps.

Criminal conviction records show Post had served five years in prison for assault with a deadly weapon in the 1990s, however his most well-known previous arrest came after the 1995 killing of Andrew Whited Jr. Post helped his brother – who was ultimately convicted of killing Whited – remove blood stains and other evidence in an attempt to thwart police.

The multi-agency task force that led to this arrest was established three weeks ago by the Lacey Township Police Department due to the increasing trespassing by persons in off-road vehicles, fire hazards, and criminal activity within the rural wooded areas west of the Garden State Parkway, Paprota said.

Given his previous offenses, Paprota said anyone with information that could be helpful to the ongoing investigation should contact Lieutenant Michael DiBella or Officer Michael Eden of the Lacey Township Police Department at 609-693-6636.