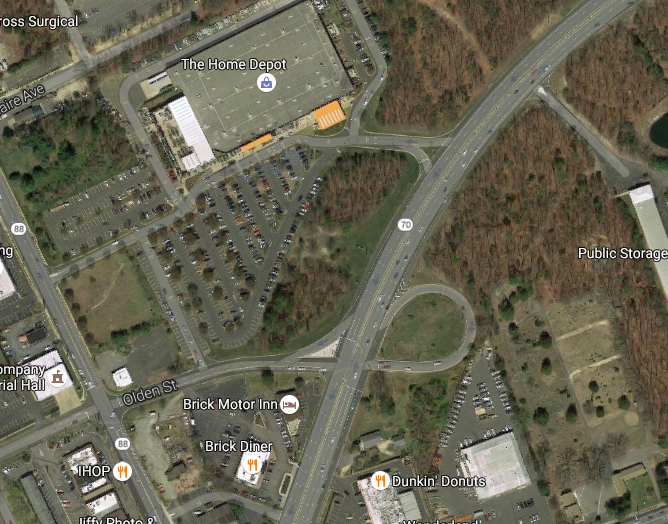 An intersection that has been the scene of 50 traffic accidents over the past three years is about to get some increased attention from the state Department of Transportation.

“If you have two cars in front of you, you’re not making it through the green light,” said Mayor John Ducey, referring to traffic making a left onto Route 70.


The issue with the intersection is the fact that traffic heading straight onto the Olden Street – towards the shopping center and Route 88 – takes up nearly the entire light cycle, so motorists on the opposite side making a left often find themselves stuck in the middle of the road, or sitting through multiple light cycles since there is never a chance to turn.

After a recommendation by the Brick Township Police Department’s Traffic Safety Unit – which studied the intersection after Ducey forwarded complaints from residents – local and state officials agreed that a left turn signal should be placed there.

“Anybody who’s been through that intersection knows it’s been needed, and with 50 accidents, I’m sure a lot of people have been hurt there too,” said Ducey.

The township council on Tuesday night approved an agreement between the municipal government and the state to allow the project to move forward.