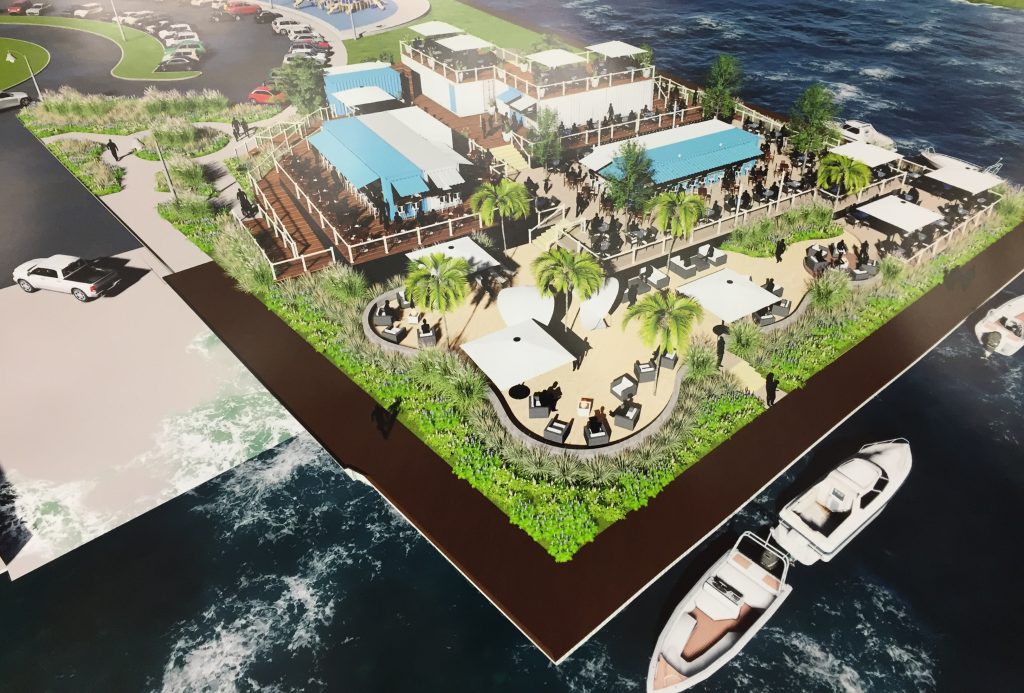 The township will hold a public hearing next month to gather comments on a proposed outdoor restaurant and bar at Traders Cove Marina and Park. The comments will be sent to state Green Acres officials, a customary process when a new project is planned on public land.

The proposed restaurant, an outdoor dock-and-dine facility overlooking Barnegat Bay, has been approved by township officials. It is slated to be built and operated by Chefs International, which is known for several local restaurants, including Baker’s Water Street Grill in Toms River and the Lobster Shanty and Wharfside restaurants in Point Pleasant Beach. It operates a similar outdoor location at a publicly-owned marina in Belmar.

The project will be the subject of a hearing since funding for the purchase and development of the site included state Green Acres money. Officials have previously said the state Department of Environmental Protection and Green Acres officials had internally signed off on the project.


The restaurant is favored by township officials as a way to generate revenue from the site, which carries about $15 million in debt from the years of development it took to convert the site from a derelict marina to a park and modern marina facility. Under the agreement with Chefs International, approved in May, the company will pay an annual $75,000 payment to the township.

The facility will be decked out with native plants, and will also feature a sandy beach area with fire pits where patrons can relax.

Environmental groups have opposed the plan. Save Barnegat Bay said in a letter to DEP Commissioner Bob Martin last year that the project “would violate both [the] spirit in which this park came into being and the regulations governing waterfront development.”

Specifically, the group is opposed to the township issuing a liquor license at the park, arguing that a bar would “put at risk restaurant patrons who may drink to excess and fall into the water, the lives of good Samaritans who may jump in to save those patrons, the restaurant concessionaire who may be held liable, Brick Township who may be held liable, the Green Acres program itself, and the boating public.”

The group also said in the letter that a restaurant at the site is not a “water-dependent use,” as required under state regulations, and its patrons would take up too many parking spaces at the site, leaving park-goers with less access.

Bob Cooper, president of Chefs International, has previously said the restaurant would retain all of the public access now featured at the site, including the boardwalk which rings the bayfront.

“I think you’re going to find that Chefs is a great partner for Bricktown,” said John Jackson, attorney for Chefs International, explaining that the company entered into a similar agreement with Belmar at its municipal marina, which has been praised by both patrons and officials as a positive partnership.

The hearing will take place Sept. 19 at 6 p.m. at the township municipal complex.