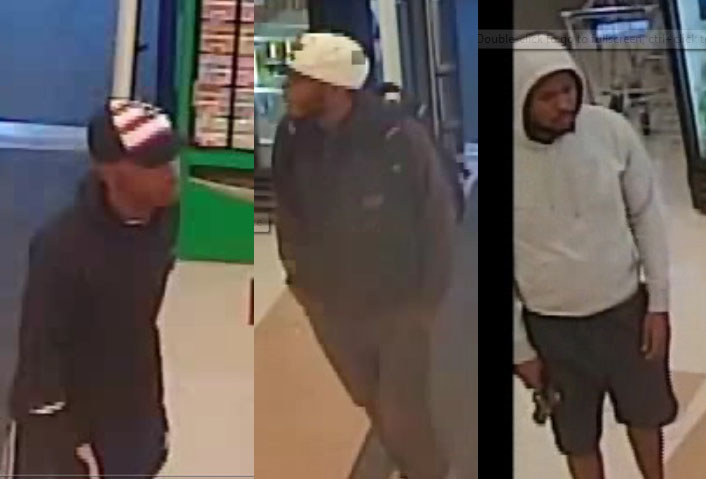 Brick police are searching for three men who entered a township pharmacy, disabled the door and held patrons and associates at gunpoint while stealing prescription narcotics from the pharmacy department.

The incident occurred at the Rite Aid pharmacy on Burnt Tavern Road at about 6 p.m., Sgt. Henry Drew. According to Drew, one of the men – armed with a silver and black handgun – disabled the automatic door, and kept watch of a store associate and several patrons. The two other men proceeded to the rear of the store, where the pharmacy is located. These two men – one who was armed with a black handgun – jumped over the pharmacy counter, and “demand several types of prescription narcotics.”

The medications were turned over to the suspects, who then loaded them into a backpack that one of the men was wearing. The trio then ran to the front of the store, at which time the automatic door was reactivated by the man who remained up front.


The group then fled on foot toward Red Maple Drive, then – according to information ascertained by officers on scene – may have entered a small, black or blue SUV and drove eastbound on Van Zile Road toward Route 70. The SUV was described as possibly being either a Toyota or Mazda with no visible front plate.

The suspects are described as being:

“The subjects should be considered armed and dangerous,” Drew said.

Anyone who recognizes the suspects is being urged to contact Detective Joseph Leskowski in the Brick Police Detective Bureau at 732-262-1121. You can also contact the Brick Township Police directly at 732-262-1100.