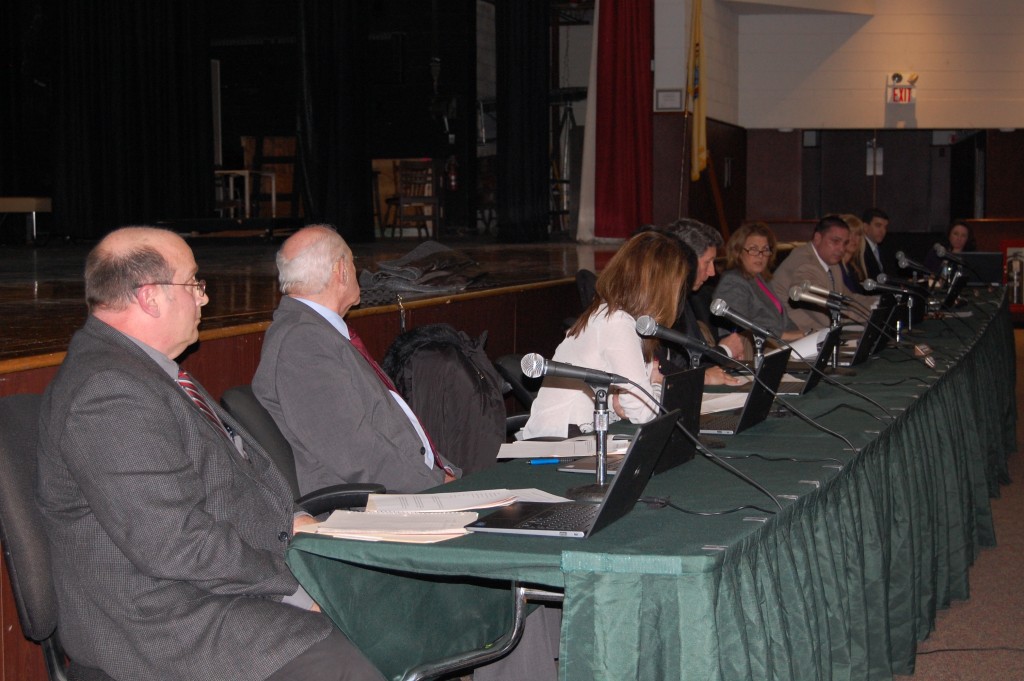 The former architect who served the Brick Township school district wrote a letter defending his firm after what he saw as criticism at a public meeting over the summer, however his letter – delivered to Business Administrator James Edwards – was not forwarded to all seven members of the school board as requested.

Brick Shorebeat obtained a copy of the letter through a request under the state’s Open Public Records Act after Edwards first denied access to the document, claiming Shorebeat’s request was too broadly written. Finally, after the request was re-worded and resubmitted, the district turned over the letter from Jerry Rubino, principal of the DiCara Rubino firm which was ousted earlier this year after a new board majority was sworn in.

The letter centers around several projects the firm worked on, including a window replacement project that has become the source of heated – sometimes vicious – debate among board members. Members of the four-member majority ticket elected last year accuse the former board of overseeing a project that rose from $2.9 million to just over $4 million, however the former board members have claimed the numbers cited by their new colleagues were framed incorrectly, and the actual project went beyond the scope of the initial $2.9 million plan, which necessitated a higher budget.


The letter from Rubino states that quotes and information from school officials in an article that appeared on the Brick Patch website were untrue. The intent of the letter was to “clarify what seems to be numerous misunderstandings regarding not only the window project, but also other projects that were undertaken by the board.”

In the letter, Rubino disputed board member Victoria Pakala’s assertion that the firm’s “recommendations weren’t followed in the past.”

“We didn’t think it was prudent to keep using a professional whose recommendations were not being followed,” Pakala said at a board meeting in August, referencing an allegation that the board’s Facilities Committee decided to use a more expensive window option, a system made by Kalwall, versus a cheaper option that had been discussed earlier and recommended by the architect and engineer.

What has added a significant cost to the project has been the fact that window air conditioning systems which were being used prior to the installation of the windows were no longer compatible. Pakala, the most ardent critic of the project, said 81 working air conditioning units must now be replaced at a cost of $202,500. She has said the previous board failed to investigate the matter of the air conditioners. Rubino’s letter, however, stated that the Kalwall windows are capable of accommodating the window units, however the previous board decided to upgrade to “split system” units.

The new units, he said, were energy efficient and came with built-in de-humidifiers that could limit the use of the air conditioner functionality.

“In a split system, you’re talking pennies a day, and they last forever,” said Campbell. “We looked at it from all aspects.”

An e-mail from Edwards, obtained by Shorebeat, indicated the units needed to be replaced regardless of the type of windows that were selected.

“Please note that this would have been an issue no matter what type of window was selected to be installed as window unit A/C systems do not meet code because they do not provide for proper outdoor air circulation,” Edwards wrote. “So the issue is not that we needed to install spilt systems but rather that the issue was not properly addressed as part of the overall project even though the Architect (DiCara Rubino) mentioned it to the Committee on several occasions.”

Campbell said his committee did, indeed, plan ahead for the air conditioning aspect of the project, and physically went to school buildings to see where units would be required.

“We proceeded to see what we were going to do as far as seeing which rooms would have air conditioning,” he said. “We had it all mapped out, so to speak.”

What has been most disputed is how the project’s overall cost rose over time. Pakala has pointed to a change order of $480,127 last March as evidence that the previous board miscounted the number of windows that were required. Campbell called that aspect “their little project,” referring to the new board, claiming the prior Facilities Committee modified the number of windows that were to be replaced in the project as other projects around the district were completed and additional funding became available. The March 2016 was an add-on the new board chose to purchase, he said, which consisted of new windows in the courtyard of Veterans Elementary School and portions of Brick Memorial High School.

Data provided by Edwards indicated that the budget for the project as a whole was increased by $814,850 as part of the 2016-17 school budgeting process.

Pakala has said the cost of the project rose $1,314,115 above the original $2.9 million budget. Those figures are disputed by Campbell, who said the cost of other projects were lumped in by his political opponents that were not necessarily related to the window project.

Pakala stands by her figures, saying the extra funding for the window project could have been used for repair other facilities or to trim the tax levy in this year’s school budget. She also said Campbell should not have been serving on the Facilities Committee as a volunteer.

“This is not to mention that NJ School Boards Association has advised us that it is not appropriate to put a non-elected member of the public in charge of spearheading a standing committee of the BOE,” she said in an e-mail.

Campbell said he dedicated his time to the district so its facilities could be upgraded to be more efficient and safe for students, and much of the criticism about the project is the result of politics.

“You try to come in and do the right thing, and these guys come in and try to hang you out to dry,” he said.

The board will next meet Thursday night at 7 p.m. in the Brick Township High School auditorium.