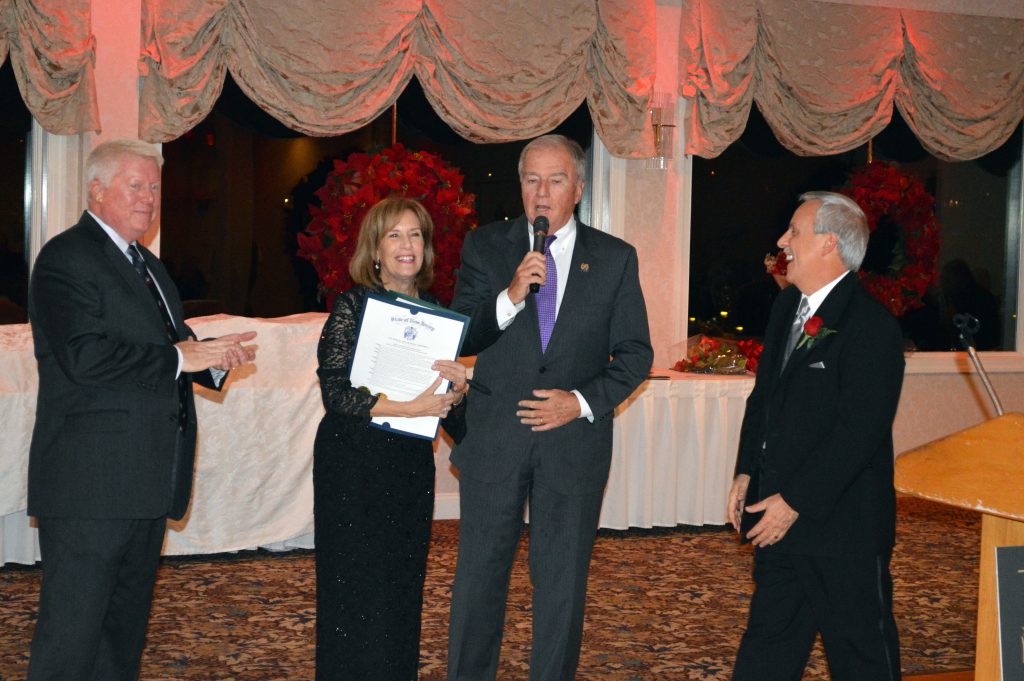 Brick’s business community bid farewell Thursday night to the woman who was its leader for a quarter-century.

After serving as its executive director for 25 of 60 years, Michelle Eventoff recently announced her retirement from the Chamber of Commerce and said her goodbyes Thursday night at a gala event thrown in her honor.

The formal event brought back dozens of past chamber presidents, many of whom shared stories about how the organization helped their business and introduced them to lifelong friends. The friend to all was Eventoff, whose vision helped transform the Brick chamber into one of the state’s largest, as well as one of the most generous, having awarded hundreds of thousands of dollars in scholarships to township students.


“What a pleasure it has been to work with so many fine, dedicated and wonderful people,” Eventoff said. “We shared a lot during that time, and one of my few regrets is that I won’t have this opportunity anymore.” 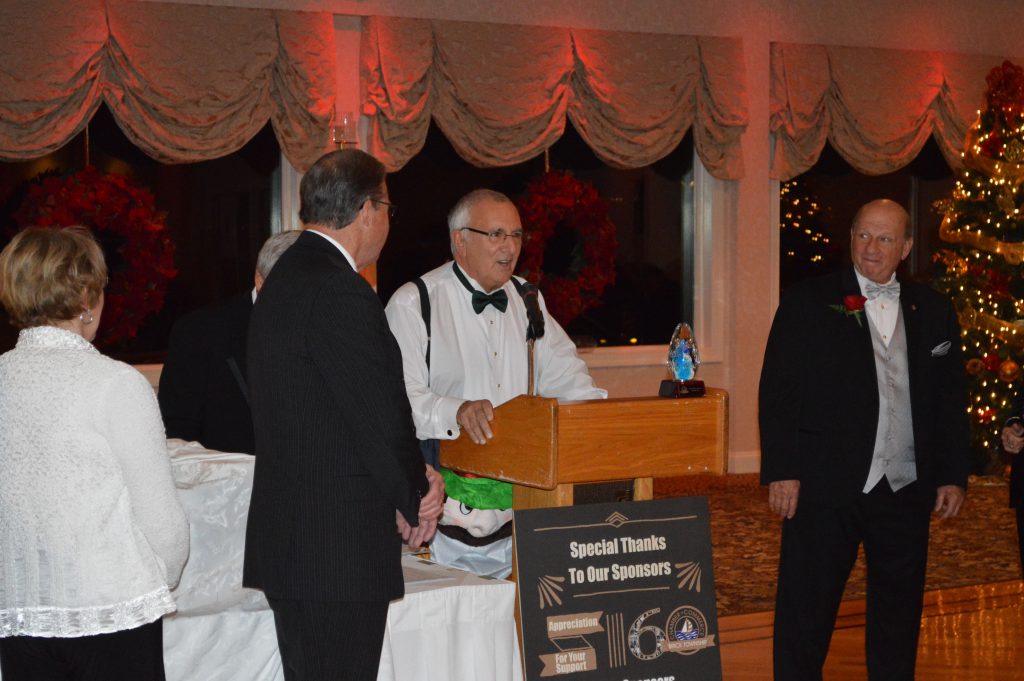 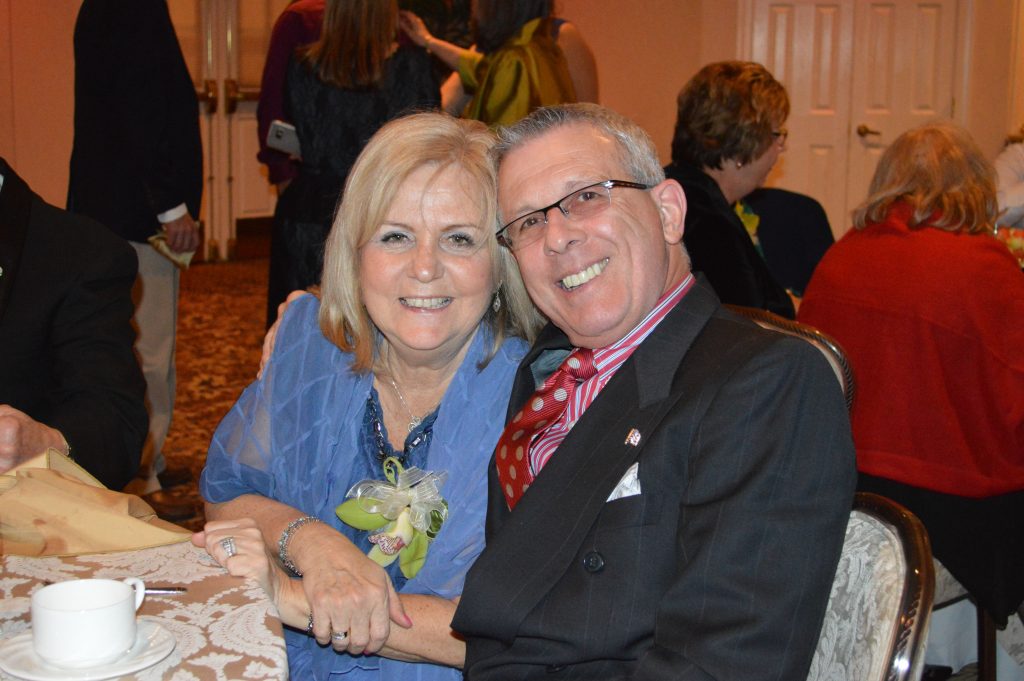 Eventoff received proclamations from state Assemblyman David Wolfe and Mayor John Ducey, who were both on hand. Saturday was declared “Michelle Eventoff Day” in Brick.

“I feel fortunate to have had the opportunity to play a part in weaving the fabric of our community,” Eventoff said, praising the 27 chamber presidents she worked with during her tenure as executive director. She saved the most praise for Jeff Bevacqua, owner of Joe’s Service Center on Mantoloking Road, who served as chamber president this year.

“Jeff, number 27 is a terrific person to close out my tenure,” she said. “Jeff is one of the nicest people I have ever known, down to Earth, and he’s smart and terrific business person. He gets a joke even when it’s not obvious, and always laughs out loud. I love that about him. He genuinely cares about people from his heart.”

“It’s truly been one of the highlights of my professional career,” said chamber executive board member Richard Lau, speaking of his time working with Eventoff. 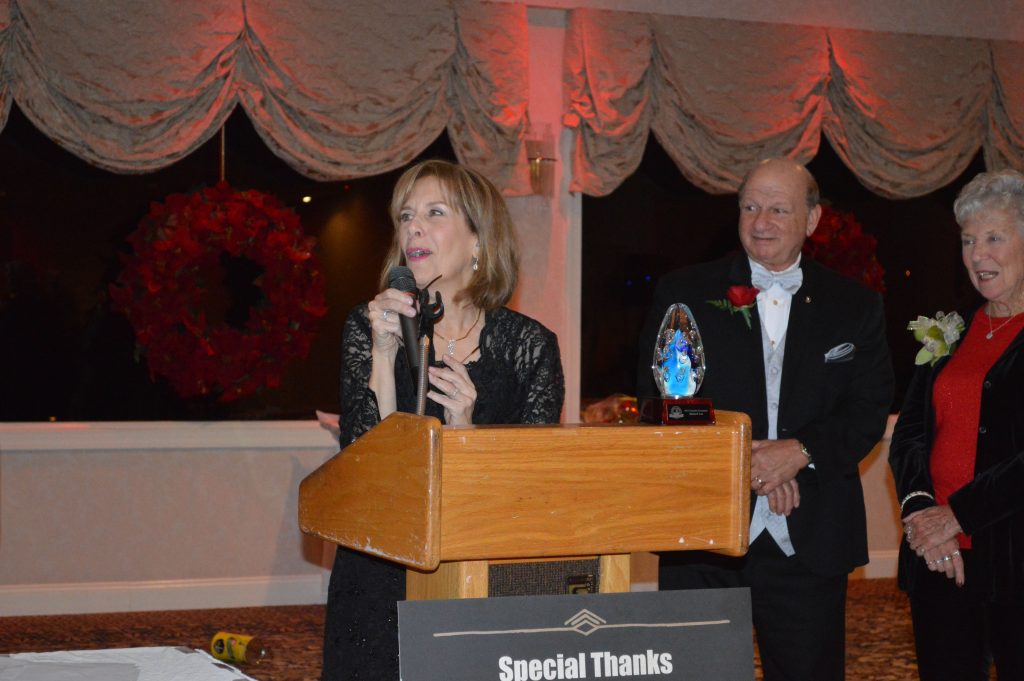 Other spoke of how Eventoff pulled the business community together after Superstorm Sandy and helped with charitable efforts, and how her leadership helped create the chamber’s educational foundation.

A new executive director, Jessica Burrell, has been hired to lead the chamber, officials said. Cindy Mirabella will serve as president in 2017.

“One of the phrases that I often use to describe what the Chamber of Commerce does best is that we create synergy,” Eventoff said. “That’s what I’ve always enjoyed most: watching what happens when we’ve brought people and groups together.”