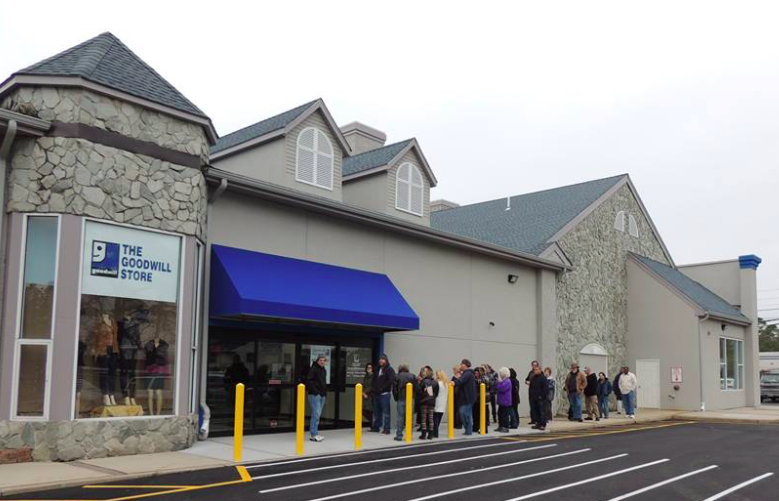 A line of customers outside the Goodwill store in Brick. (Photo: Goodwill of Southern New Jersey and Philadelphia)

The Goodwill store in Brick, under construction for months, opened Friday and begins its regular hours this week, the organization said in a statement.

Goodwill is now open in the Brick Boulevard building that formerly housed 6th Avenue Electronics and, before that, the General Stores. The store, operated by Goodwill Industries of Southern New Jersey and Philadelphia, announced the 18,000 square foot retail location last year. It is stocked with “high-quality gently-used clothing, accessories, household items, toys, furniture and more,” according to a statement.

The site will also have a donation center in the rear of the store where local residents can donate gently-used items that they no longer need in return for a tax deduction.


The store opened to a line of customers waiting to enter on Friday and remained open through the weekend, selling items ranging from a Kate Spade bag for $6.99 to a pair of North Face Boots, new in box, for $49.99, the organization said.

The Brick store is the 23rd to open in the Philadelphia market region and the second in Ocean County. Another store is open in Bayville. Goodwill describes itself as a nonprofit, community-based organization, whose mission is to provide job training and career services that help local residents with disabilities and disadvantages get to work. The large scale collection and resale of donated goods “fund these high caliber programs while contributing to the region’s recycling efforts.”