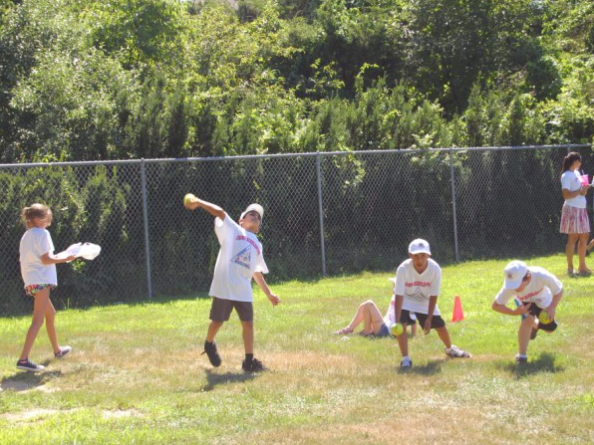 For more than three decades, members of a Brick service organization has dedicated its time and fundraising efforts to organizing a massive field day for disabled children of the community who attend a summer program run by the school district.

The children were treated to a day of fun activities, trophies, t-shirts, a pizza party and even a DJ. In the past, the organization, Knights of Columbus Council #8160, also took the kids on a bowling expedition.

Funds, however, have dwindled over the past few years. One of the primary fundraisers the Knights ran each year to raise the thousands of dollars necessary for the event was soliciting donations outside local supermarkets. With the closure of Pathmark and A&P, much of those opportunities were lost. The organization also funded the summer program through the sale of funnel cakes at Brick Summerfest, but for the past several years, the township eliminated the allowance for service organizations to sell food, instead choosing to put food services out to public bid. The move left the Knights of Columbus with a funnel cake machine it could no longer use, and one less opportunity to raise the funding it needed for the event.


“The closing of those stores has probably lost us 40 to 45 percent of the money we made,” said John Crosio, a member of the council who chairs the event. “The change in Summerfest affected us too, because we used to make some good money from that.”

The program, a staple that has won years of praise from parents, teachers and community volunteers, is at risk of ending if a new source of revenue isn’t found.

“The last couple of years, we’ve had over 400 kids, plus 60 aides and teachers,” at the program, Crosio said, plus most members of the Knights of Columbus who take the day off from work to help. “There’s a danger it won’t continue.”

For now, the council is turning to a GoFundMe effort to help raise money, and is asking members of the community to make donations to help keep the day of fun alive.

The page can be found here.