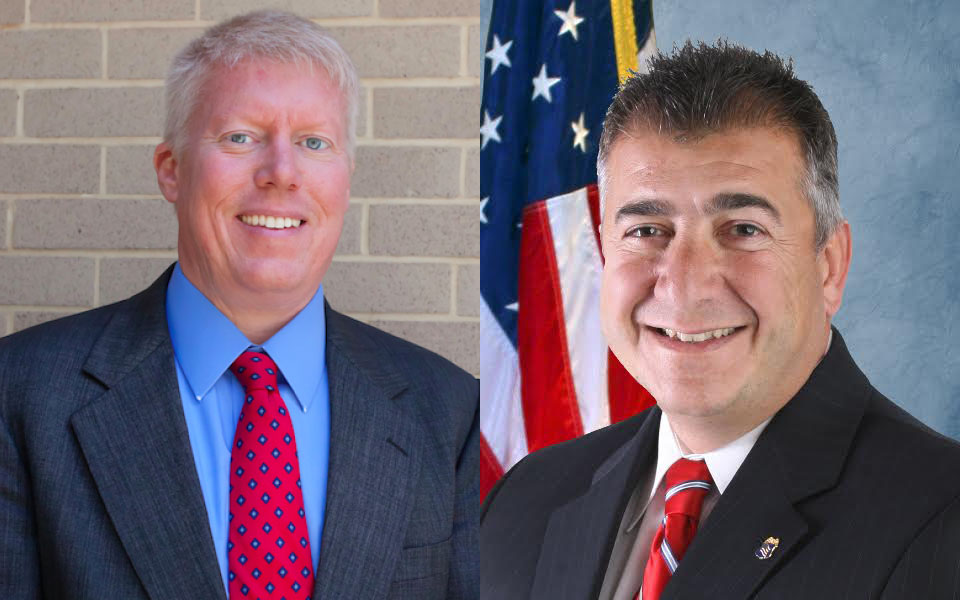 Former GOP Councilman Domenick Brando, a retired police officer who has been highly critical of the mayor’s policies, will challenge him to lead Brick Township in the 2017 mayoral election.

Ducey, a Democrat who works as a local attorney, along with Democratic council members Paul Mummolo, Healther deJong and Marianna Pontoriero, are running for re-election. Democrats control both the mayor’s office and all seven seats on the council.

For the Republicans, a new slate of candidates – none of whom have previously held public office – have been supported by their party to run for council. Marilyn Lago, John Ciocco and Lois Turner will vie for seats on the governing body this year,

GOP County Committee Chairman Brian DeLuca said the individuals selected to run represent a cross-section of the community, from seniors to parents struggling to balance the cost of life and property tax bills.

Mitch Seim, a campaign consultant for the Democrats, said Ducey’s approval numbers in internal polls are running as high as 70 percent, spurred by his elimination of red light cameras in the town as well as a stable tax rate, including a tax cut proposed this year.

“We’ve accomplished a lot of the last three-plus years, but I still there this is more work that can be done,” said Ducey.

The mayor pointed to further reducing the township’s debt – under his administration, it has been reduced by $18 million – and continuing on with new anti-drug programs, such as the Brick Township Police Department’s participation in an initiative that allows addicted persons to come to the police department for help.

Ducey also touted his record on spending, under which taxes increased below the state’s 2 percent cap under his administration, and were cut in the 2017 budget.

“I hope everyone recognizes all the hard work that we’ve put in,” said Ducey.

According to a Republican party statement:

Brando, 49 is a retired police officer who suffered debilitating injuries while on the job. He believes “that we need to realistically tackle and face up to one of the worst drug epidemics in Ocean County.” He is a graduate of Fairleigh Dickinson with a BS in Engineering and has two children. Brando stated that he will articulate his agenda in the following months.

Lago, 69 is a 44-year resident and a retired award-winning Toms River teacher and has 3 children She is a graduate of Seton Hall and holds a Master Degree. She has been an active volunteer in various groups including PAL and BMAC and has dedicated her life working with children. She believes that “more transparency and information on township matters are needed “We are not reaching our voters. She further agrees that an informed taxpayer would not condone the secrecy that is carried on by the current administration.

John Ciocco, 52, two children in the Brick school system and a resident for 20 years. He is a graduate of St John’s University with an MBA. He is a past President of Rotary Club. He has served as a Commissioner of the Brick Housing Authority and the Brick Municipal utilities Authority. He is a business owner and has extensive experience in the financial sector. Ciocco stated that he “knows how to put together an efficient budget that can save tax payers more than the laughable but sad proposal of a $15 tax cut proposed by the Mayor and his lock stepped Council.”

Lois Turner, 59 is a 30-year resident and raised 2 children in town.She earned a BS degree at Montclair State University and is employed in the insurance industry. Her husband is a retired teacher and coach. Turner said while she is new to the political process she was driven to come off the sidelines and offer her passion for working “for the recovery of this once safe and beautiful Township that her family chose to call their home.” Turner has personally seen the “tragic effect of drugs on the youth of the township and the sadness of foreclosures brought on by unaffordable taxes.”

Pontoriero is a local family law attorney, deJong works for a nonprofit group supporting veterans and Mummolo has had a long career in the publishing and medical fields.

Seim said Ducey  and his all-Democratic Council “have managed to convince Brick’s voters to ignore party lines on the local level,” winning sound victories in a town that voted for President Donald Trump, Gov. Chris Christie and GOP candidates for county and state offices.

In the last mayoral election in Brick, Ducey defeated Republican Joseph Sangiovanni by 22 points, reversing a trend at the top of the ticket that saw Christie win Brick by a 3-1 margin.