Fishing and Boating News Sponsored by: 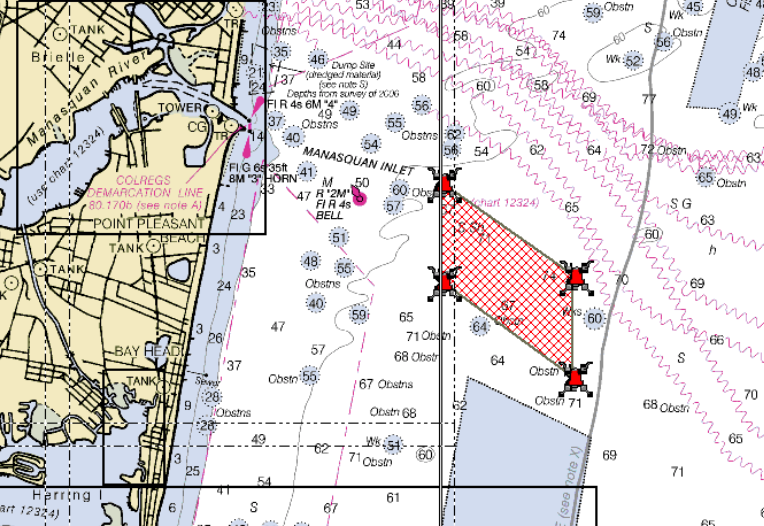 The first piece of underwater structure that will be part of a new artificial reef off Manasquan Inlet is due to be sunk June 21.


State off announced Thursday that the deployment consists of 1,500 tons of precast concrete material donated by Garden State Precast in Wall Township. The new reef will be closer to the inlet than the Axel Carlson and Sea Girt reefs, which are also located off Manasquan. The new reef will be just minutes from the inlet’s mouth, just 1.2 miles off Point Pleasant Beach.

The reef is part of the NJDEP Division of Fish and Wildlife’s Artificial Reef Program.The Greater Point Pleasant Charter Boat Association, with help from the Ocean Reef Foundation and the thesportfishingfund.org, have sponsored the towing and deployment costs which is being performed by the Reicon Marine Group. After this deployment, the submerged material will provide housing to over 150 marine organisms including summer flounder, black sea bass, and tautog (also known as blackfish).

Once the concrete is deployed it will serve as an attachment surface for mussels, barnacles, hydroids, anemones, stony coral and other invertebrates, which will quickly cover the structures with a living carpet, providing the base of a productive marine food chain, officials said. Soon the new reef will be colonized by black sea bass, tautog, scup, triggerfish and summer flounder. It will then become a favorite target of anglers coming out of the inlet.