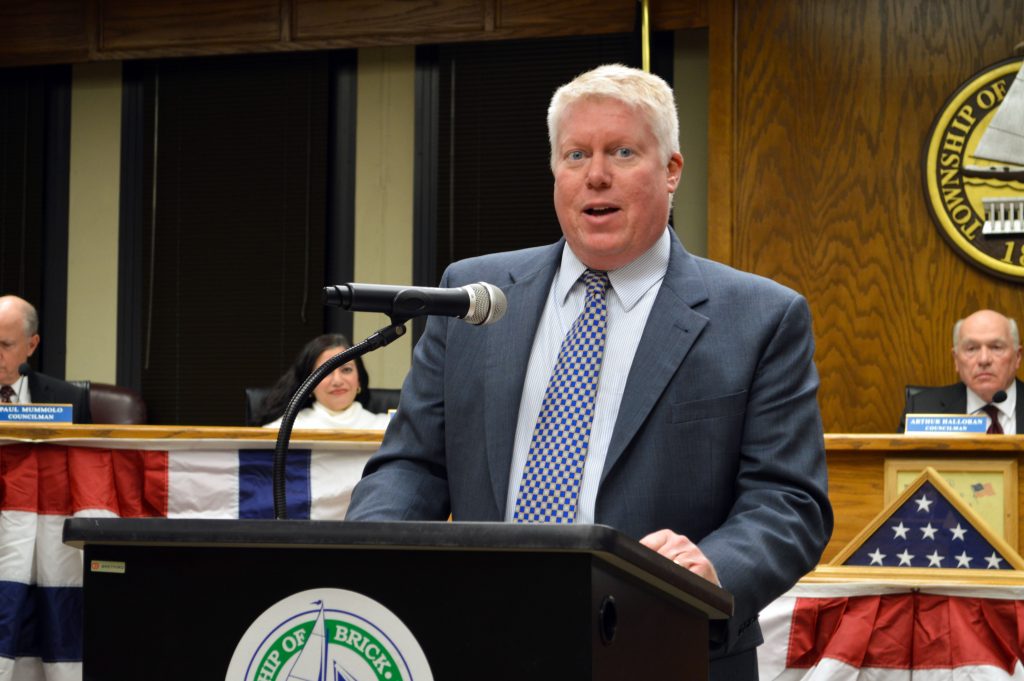 Brick Township’s most recent publishing of the “Brick Pride” newsletter cost taxpayers $8,617 to print and mail, leading some to question whether the publication – which bears the name of the slogan of past Democratic mayoral and council candidates’ tickets in town – may have been politically motivated. Over the past year, the township also took possession of BrickPride.com, a website once used as the campaign site for Democratic candidates, and hired a Democratic political operative to edit the site, though he has since been moved out of the position.

Mayor John Ducey, a Democrat running for re-election this year, said the idea to publish a print newspaper filled with township happenings was spurred by a request from the Senior Advisory Committee, whose members lack internet access and, thus, news from their town.


“I went to the meeting and told the [seniors] what was going on in town. They asked how they could find out about all of those things. They said, ‘what about us?,'” Ducey explained. “We came up with the idea, out of that meeting, to once or twice a year put out the Brick Pride newsletter.”

The articles, Ducey said, are mainly written by Ed Moroney, the township’s long-standing public information officer, who has served both Democratic and Republican mayors. Department heads also provide information if an article is relevant to their work, he said.

But Domenick Brando, Ducey’s GOP challenger in this year’s election, has criticized the publication as being a “campaign ad.”

“The second I saw it, I said it was nothing more than a campaign flyer,” said Brando, a former councilman. “It was very one-sided.”

A resident also criticized the publication at the July 11, 2017 township council meeting for “carrying the masthead” of a slogan once used by partisan political candidates.

The most recent edition of the newsletter included an article on how Ducey’s administration was lowering the municipal tax rate this year, but Brando took aim at some of Ducey’s hirings at town hall.

Before it became a print publication, BrickPride.com carried stories written by Jon Salonis, a Democratic operative who has worked on numerous campaigns in Ocean and Monmouth counties. In June, he was elected to the Democratic state committee. Salonis was originally hired by the township in 2016 to simultaneously perform two jobs – a keyboarding clerk for $33,867 and a media specialist for $14,619. The media specialist position was never publicly advertised. He was later transferred out of the administration office (and away from the Brick Pride publication) to the recreation department, where he earns $48,486 per year as a keyboarding clerk.

The township also hired Christopher Chase, who mainly contributes photos to the publication, among other duties, as a keyboarding clerk for $32,881 per year. Chase’s job was advertised publicly, officials said. 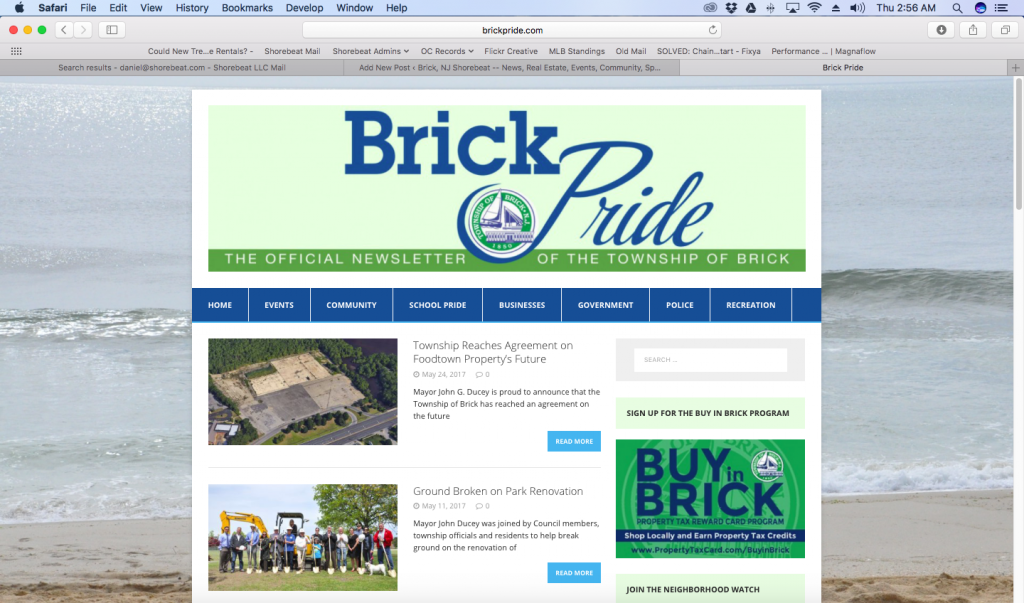 The newsletter itself produced $8,617 in costs for its latest edition, according to invoices obtained by Shorebeat through an Open Public Records Act request. The U.S. Postal Service charged $4,823 to deliver 31,121 copies of the publication, and Evergreen Printing, of Bellmawr, charged $3,794 to print 32,500 copies of the eight-page, newsprint document.

The topics in the newsletter and website have largely been benign and free of controversy. One article touted the tax decrease, and others highlighted new tennis courts installed near town hall and the return of the Brick Farmers Market to Windward Beach Park. Most included positive comments from Ducey that were sometimes issued as press releases when the events first occurred.

Ducey said he did not know how, exactly, the township acquired the BrickPride.com domain name from the Democratic party. The website followed the mayor’s introduction of a #BrickProud social media hashtag.

Brando said taxpayers should not have had to foot the bill for the publication.

“I think the Democratic organization should have to pay back the taxpayers,” he said.

Ducey said the idea that his opponent is focusing on a newsletter means things are otherwise going well in town.