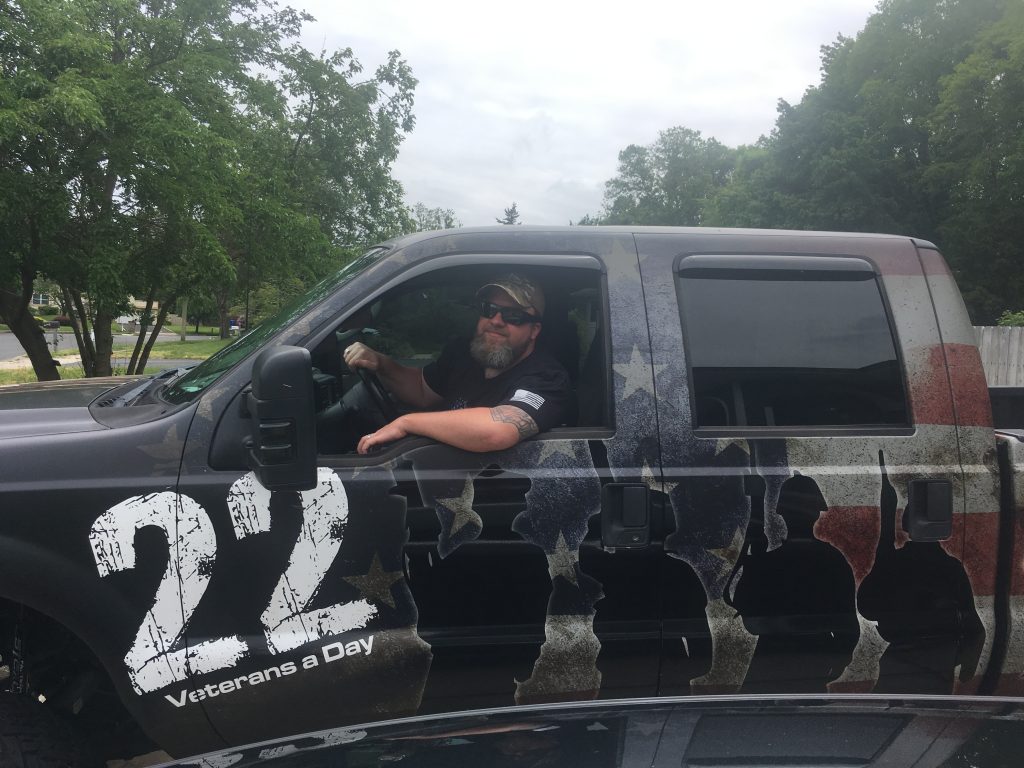 Dennis Addesso was convinced to join the military by a friend, and when he entered the U.S. Marine Corps, wanted to try something unique.

“I said to the recruiters, ‘teach me something I won’t learn in college,'” he recalled.

The Corps delivered: Addesso, of Toms River, became a Russian linguist and then, as the middle eastern threat grew before 9/11, an Arabic linguist. He then served in Iraq during the March 2003 invasion and in the gruesome aftermath that followed.


“The invasion was mostly Iraqis giving up, and us cleaning up after them,” he said. “But it was totally different the second time. I volunteered and went back for a second tour, and there was a lot more carnage.”

The effects of that carnage began to pile up after Addesso left the Marine Corps in 2005.

“I had PTSD, I was struggling for years with medications, drinking, and even finding comfort in food – cheeseburgers and stuff,” he said, adding that his marriage was falling apart as well. 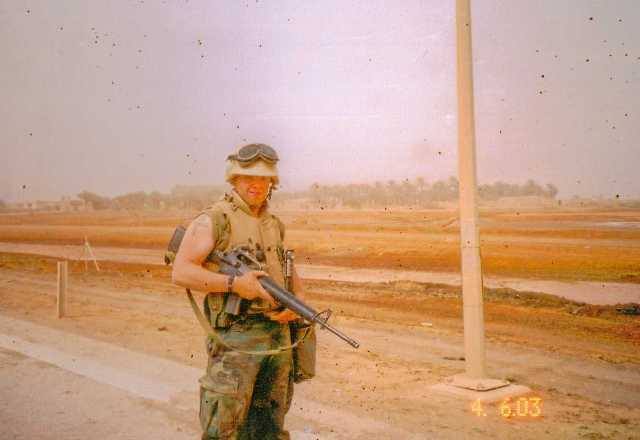 It was the support of fellow veterans in a unique program called Operation Restored Warrior that turned his life around. And it has since become his life’s work, including a 22-kilometer “ruck walk” starting in Brick and marching up and down the barrier island to the Seaside Heights boardwalk to raise money so other returning veterans can have the same experience he did.

Addesso helped found Ma Deuce Deuce, an organization that raises funds to send veterans to Operation Restored Warrior and similar programs. Fashioned MA22, the organization is named after the Browning MA-2 .50 caliber machine gun, which soldiers and Marines call the “Ma Deuce.” The “Deuce Deuce” was added to represent the 22 veterans who commit suicide each day after suffering the effects of PTSD when they return to the United States after serving.

Operation Restored Warrior is held in a serene setting in Lake Tahoe, Calif. Run by former special forces operators and others who have seen the brutality of war close up, ORW brings veterans together to speak openly and find peace. Despite his troubles, Addesso first thought the program wasn’t for him.

“It’s a very intimate program,” Addesso said. “Five other dudes, six veterans at once, and we just tell our stories. It’s also faith-based. “I was able to drop that weight I was carrying around for so long.”

Addesso’s story could have turned out like so many others.

“Right before going, I was on the way of being divorced with my wife and looking for jobs back in Iraq,” he said. “I didn’t have the balls to commit suicide, but I was welcoming death. I figured if I went back to the war zone, it’d happen eventually.”

ORW changed all that. And in between jobs, Addesso started MA22 with a hulking Ford F-350 pickup, wrapped in camouflage and raised with gigantic tires, that he and his brother-in-law would take to car shows, VFW posts and American Legion halls around the state. The truck drew attention, and spurred others to get involved with fundraising.

“To reach out to other vets like me, that was my paycheck,” he said.

Nobody at MA22 collects a salary. All of the money goes directly to send veterans to experiences like ORW (and a few dollars here and there to keep the truck running). Sending a veteran to ORW takes a significant amount of money – not only is there the inherent cost of its location, but no expense is spared in making the experience valuable and worthwhile. There is even a five-star chef on hand to cook meals.

MA22 is also partnering to raise funds to send veterans to Warhorse SCUBA, a diving program run by Brick police officer (and Army and Air Force veteran) John Gannaio. Warhorse SCUBA is another unique approach to helping returning veterans get reacclimatized to their home.

“There’s all this crap going on in their heads – fighting this, fighting that,” Addesso said. “I did a pool session, and when I was sitting on the bottom, for the first time in a long time, it was just quiet.”

This weekend’s Ruck Walk will begin Saturday at 7 a.m. at  Traders Cove Marina in Brick. More than 150 marches – many carrying 22-pound rucksacks in honor of the 22 veterans per day who end their lives – will march 22 kilometers over the Mantoloking Bridge and up and down Route 35, eventually ending on the Seaside Heights boardwalk later in the day.

“Anyone can show up” to march, said Addesso.

The group is also looking for people to sponsor walkers and businesses to sponsor MA22’s events. It costs $22 to participate.

For Addesso, MA22 is not only a labor of love, but part of his own healing process.

“With a restored heart, it makes everything better,” he said.