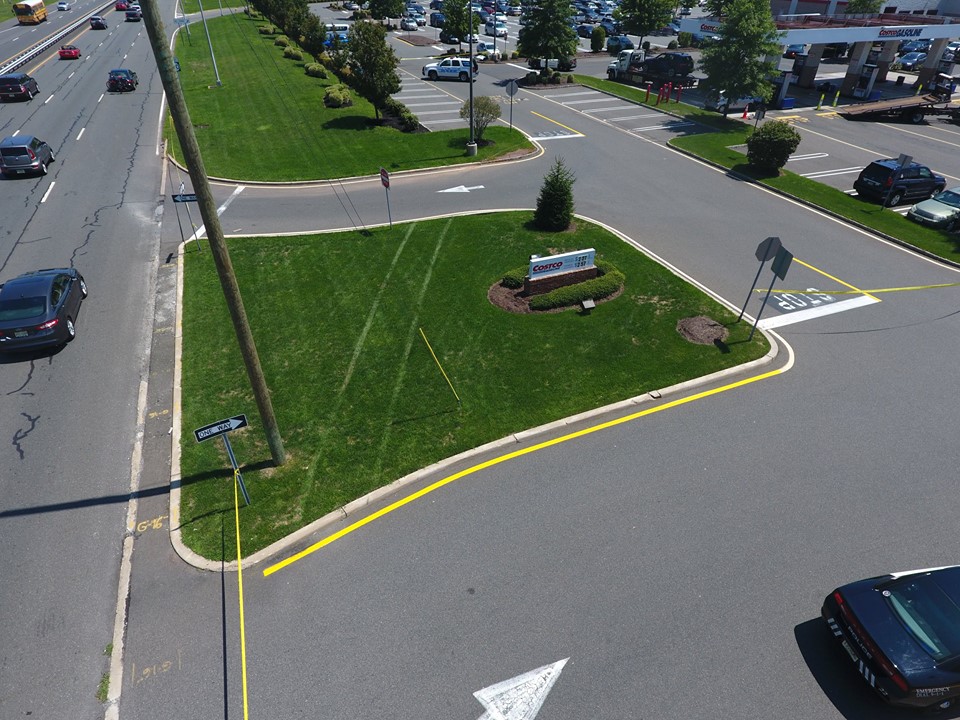 The entrance to the Brick Costco (Photo: Brick Twp. Police)

Brick police are asking the owner of a vehicle who was involved in a minor crash at the Costco gas station last week to contact the department.

According to police, on Wednesday, Aug. 9 at 11:23 a.m., a motor vehicle crash occurred at the entrance of the Costco Gas Station on Route 70 in Brick. A Honda Fit traveling east on Route 70, attempted to change lanes and, while doing so, made contact with another vehicle, police said in a statement.

“This other vehicle did not stop,” police said. “After the contact, the Honda lost control and struck a BMW SUV which was re-fueling at the Costco gas pumps.”

Brick police are asking the driver of this other vehicle which made contact with the Honda Fit, on Route 70, to call the Brick Township Police at 732-262-1104.

“Damage may be minor but it still needs to be reported,” the department’s statement said. “We are also asking for anyone who may have witnessed this incident to call, as well.”