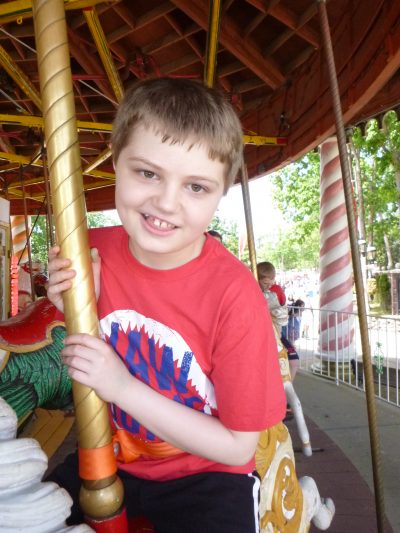 Okay people, I will admit this today- I’m tired.

Yes I’m tired in part from waking up at 4:00 for no legitimate reason whatsoever (yay aging!) but that’s not really it if I’m to tell the truth.

Honestly, massive quantities of chocolate can help that kind of tired.


No, it’s a “worrying” kind of tired, the kind that sets up residence the second I wake up and follows me (hopefully) into dreamland.

I’m tired of being afraid.

I’m tired of worrying that the massive impending budget cuts in our town will threaten Justin’s private school placement.

Hell, I’m worried some day just for kicks our district will want to bring him back (not a great idea).

I’m worried that new rules and regulations will from the NJ Board of Education and Department of Education will make it more difficult for private special education schools to stay open.

Frankly I think much of this worry is surfacing due to the upheaval in our house since the fire, and knowing that Justin’s routine will be disrupted at some point during the two months it will take to fix it (not knowing when is the BEST part!), so maybe when we have some closure on that, other worries will fade.

But I admit, I’m trying to compartmentalize because I love summer damnit, and these really aren’t cheery “summery” thoughts.

Perhaps they’re not cheery in any other season either.

So once again (I’ve gotten really good at this!) I’m going to compartmentalize, and try to focus on the positives (I’m the girl who when told her parents were getting divorced immediately envisioned decorating her second bedroom, so I’m generally a “look-on-the-bright side” type of person).

There’s the look on my eldest son’s face the day after the fire when he realized he could sleep in his bed again.

There’s Zach telling me about a conflict at camp he worked out on his own without adult assistance.

There’s the outpouring of offers of help we’ve had over the past three weeks, the kindnesses extended, the “getting it” even from friends without autistic kids.

There’s the BCBA from Justin’s school offering me suggestions for independence and telling me my eldest son and I have a lovely morning routine.

There’s the five thousand hugs my eldest son gives me before he boards his bus.

There’s the proclamations of “I love my family” from my youngest on a nightly basis.

And I know I need to gather my thoughts and gird those loins and “frozen” what I can’t control and think about those good things, so I don’t miss even one spectacular moment with those kids.

I’m tired of being afraid.