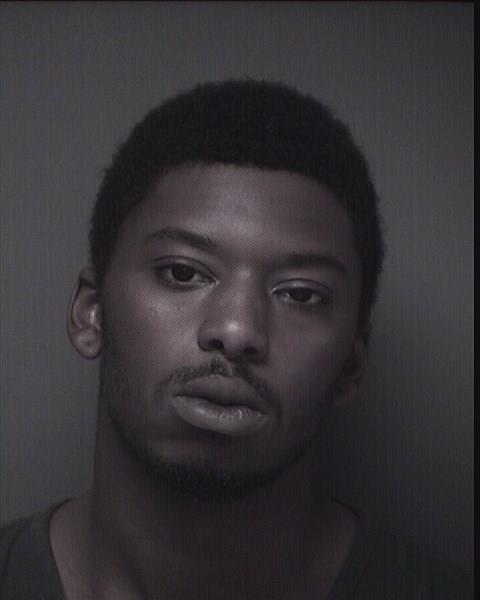 A scary scene for residents off Drum Point Road transpired Friday evening as a man fled into a residential neighborhood after robbing a gas station attendant and slashing him with a knife.

Police were called to the Exxon station at 141 Drum Point Road at 5:02 p.m., said Brick Police Sgt. Neal Pedersen. Officers were told by an employee there that the perpetrator, described as a black male about 6-feet tall, wearing a black ball cap, gray sweatshirt, and tan camouflage pants, approached him while he was in his attendant booth and told him to give him all the money and displayed a knife.

During the altercation, the attendant was cut by the blade in the area of his thumb, said Pedersen. The suspect acquired the money from the attendant, but as he began to leave, the money was dropped in the process, police were told by the victim. The suspect immediately picked up the money and then ran eastbound on Drum Point, running through the Encore Dental parking lot nearby.


Officer Mark Storch found a man matching the physical description of the suspect a short time later, in the area of Katie Lynn Court near Circle Drive. The man was identified as Zakry Shrivers, 24, of Rahway. The problem: the man’s clothes did not fully match the description given by witnesses at the gas station.

Police then began to interview neighboring residents, one of whom told officers that a black male matching the description of the man in custody was seen frantically changing his clothes in a wooded area, Pedersen said. Shrivers, police said, was “sweating profusely” when he was located.

Officers were then able to locate the discarded clothing in the woods, which match the description of the clothes the suspect was wearing during the robbery, said Pedersen.

Detective Joseph Leskowski ultimately placed Shrivers under arrest after he was identified as the suspect by witnesses, police said.

Shrivers was being housed in the Ocean County Jail under the guidelines of the state’s bail reform law.

The gas station attendant was treated for his wounds at the scene by Brick Police EMS and brought to Ocean Medical Center.