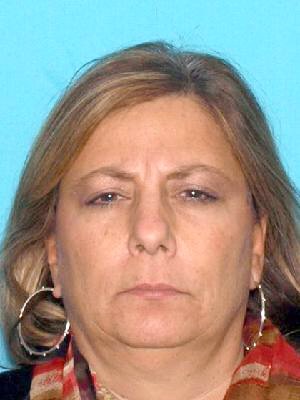 The daughter of a former Brick Township mayor is facing charges that she submitted nearly $1 million in false medical claims while working as a township employee.

Deputy State Attorney General Thomas Tresansky appeared Tuesday in Ocean County Superior Court to announce criminal charges against the former employee, Kim Bogan, for submitting fraudulent claims to the township’s health insurance provider in the amount of $941,354.77. Bogan is the daughter of former Mayor Joseph C. Scarpelli, who himself was imprisoned after admitting to a bribery scheme.

The fraudulent insurance claims were for payment for chiropractic services by Dr. Glenn Scarpelli, her brother, that were never actually provided, prosecutors say. Glenn Scarpelli is now deceased, having committed suicide by jumping off a New York City building in July.

In a plea agreement approved by the court, Bogan pled guilty to theft by deception and is expected be sentenced to five years in state prison. The state will also seek an order of restitution against Bogan for the full amount of the stolen funds.


“We uncovered the theft, notified the Attorney General and fired Kim Bogan,” Mayor John Ducey said. “The next step is getting back the stolen money. We will take every legal action available to recoup these funds.”

According to a report from Horizon, the claims administrator for the township, Bogan had been submitting fraudulent claims to the township for the phantom chiropractic services since at least 2007, officials said. While the township’s insurance claims are administered and paid through Horizon, Ducey said that Bogan’s fraud was actually uncovered by Township Administrator Joanne Bergin during a review of health care claims.

“The fraudulent claims submitted by Ms. Bogan were uncovered through an investigation by my administration,” Ducey said. “In the course of a review of health care claims, we noticed an unusual amount of claims by one employee for chiropractic services administered in New York City. We immediately contacted Horizon, our health care provider and claims administrator, which referred the matter to the attorney general for investigation and prosecution.”

Bogan had been employed by the township for over 30 years and served in various positions. The fraud began in 2011 and continued until it was uncovered earlier this year.

“As a former prosecutor, I am grateful to the Attorney General for bringing its full resources to prosecute this case,” Ducey said in a statement. “But as mayor, I am angry that a municipal employee stole from our health care fund for so many years, with total disregard for the residents and taxpayers of our town.”