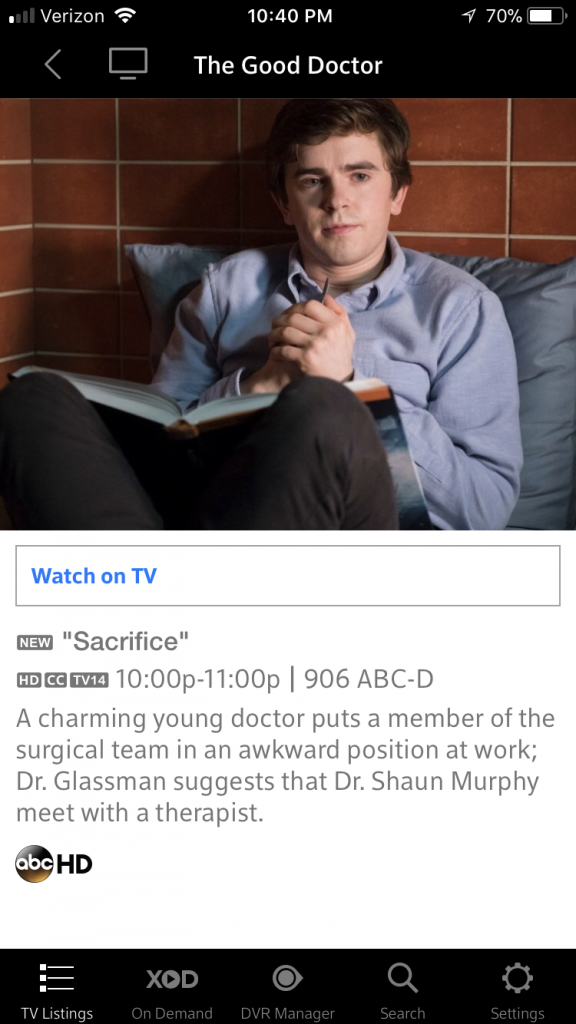 Forget to set your DVR to record your favorite show? You might be out of luck.

A court decision late last month has set Comcast (Xfinity) customers back a decade, or so, when it comes to recording television programming. Those with DVR service can no longer set to record on the go from their smartphones or laptops, and will not be able to do so “for the foreseeable future,” the company said.

The record button’s disappearance was spurred by a decision affirmed Nov. 21 by the International Trade Commission, finding that Comcast infringed on the patent of Rovi – the company behind TiVo – in its technology which allows DVRs to be set remotely.


Comcast spokespeople did not have an answer as to when the service may return, in one form or another.

“Due to a legal ruling, for the foreseeable future we are removing the remote scheduling of DVR recording features,” the company’s representative said. “We apologize for the inconvenience, we are actively pursuing an appeal of the ruling.”

The ITC is not a court. Technically, the ruling orders Comcast to stop importing any cable boxes which include the capability to use the feature the allegedly infringed patent protects. Comcast’s response was to eliminate the feature.