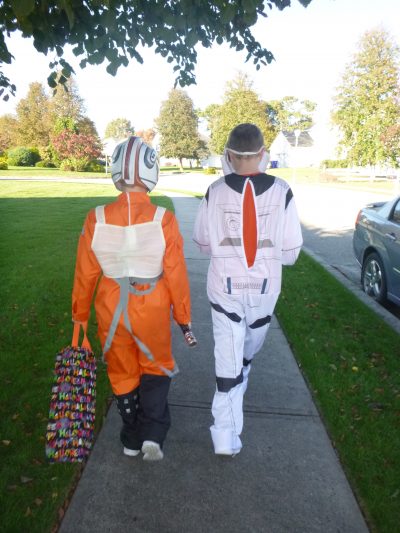 Over the years people have asked me about how and when Justin was diagnosed with autism. My boy got an official diagnosis at seventeen months from a developmental pediatrician, received a spectrum diagnosis at a tender age that was very unusual back in 2004. I remember the pronouncement as being anti-climactic, as just a month before our son’s pediatrician had thrust a number of incomplete articles into my hands with the word “autism” prominently in the title, after which he subsequently almost shoved us out the door.

Yup, that was a pretty good clue to what was going on with Justin right there.

But the truth is my mother’s inner voice had been wondering about my son’s development since he was six months old. Sure he met his milestones, and our pediatrician was not concerned about him at all. It was more his demeanor (constantly cranky), his fairly frequent projectile vomiting that just didn’t want to abate, and more importantly, there was the spinning.


When he turned six months of age the spinning became his favorite pastime.

I really noticed it when Justin started sitting up, and instead of playing with his toys “correctly,” he would try desperately to rotate them across the floorboards of our home. I would watch him in deep concentration as he vacillated between putting everything in his mouth (which I expected him to do) and trying to make everything he touched a revolving missile. Still, he did enough “normal” things like babbling, making eye contact with us, and laughing at our antics that our pediatrician was content with his development for the first year of his life. It was only at sixteen months when I brought him in for a second visit following his last twelve month check-up that our pediatrician “fessed up” that he had had concerns about Justin’s development since his one-year check-up, but hadn’t wanted to say anything in front of my husband, because “the fathers don’t take these things well.”

I know. I couldn’t make this stuff up if I tried.

I remember walking out of that sixteen month visit feeling hollowed out, numb, and terrified all at the same time. I was enraged that he’d had concerns and not said anything four months prior- after all, I had only come in because Justin’s reflux was worse, was he planning on waiting until his eighteen month checkup to tell me?

And further still, would he have said anything if my husband had been there?

To be fair, my husband had disclosed his slowness to talk at our one year check-up, and perhaps our pediatrician was thinking “like father like son,” however he should have said something after we outlined all our concerns, no matter how worried he was about how my husband would “take it.” I remember feeling we had lost four months to get the help our boy needed, even though I knew that being diagnosed so early would still be a help to him. Justin was our first child- perhaps if I’d had a sibling to compare him to I would have pushed harder, but my experience with children was limited to the fourth graders I’d taught, not infants. Plus, he was so “related” to us, loved to be held, had no issues looking his parents straight in the eyes. I didn’t know much about autism at that time. At first it was hard to believe our affectionate child who connected with us frequently had it.

But he did, and he does. And I am grateful no matter how the divulgence came about that we knew sooner rather than later.

I’m writing this post today because I know that somewhere out there there is a mom or a dad with an infant or toddler who is concerned about their child’s development, but scared too. My advice to anyone in this situation is to get a referral as soon as you can to a doctor at an autism clinic, or to a developmental pediatrician. The truth is it can take months to get an appointment (when we moved to New Jersey it took us six months to schedule one), months that your son or daughter could be receiving help from Early Intervention.

Your child will have autism, or he or she won’t. It’s better to know and to gather the resources to help him or her. Intervening early is about the only thing the entire autism community agrees upon when it comes to autistic kids. Try to take advantage of the resources available to you as early as you can. Plus, if your child is almost school age (three) it can take months for your district’s child study team to test and evaluate your son or daughter. Start the ball rolling as early as you can.

We did, and I am convinced it made a huge difference in our son’s life.

That said, he could read at three, is one of the happiest people I know, and loves his life.

He is our joy.

My wish for you and your child is that you get the information you need, the resources that can help, and the acceptance to be able to move forward with your lives if an autism diagnosis is warranted. There may be times when you feel scared or overwhelmed. Reach out to family and friends, and use the Autism Speaks website as a resource, and consider visiting one of their Autism Treatment Network Centers. If your child needs the help you will look back and be grateful you pushed forward, no matter how hard the initial steps were to take.

And in this new year, I wish all of you the best of luck and remind you to take care of yourselves too.