Practice What You Preach 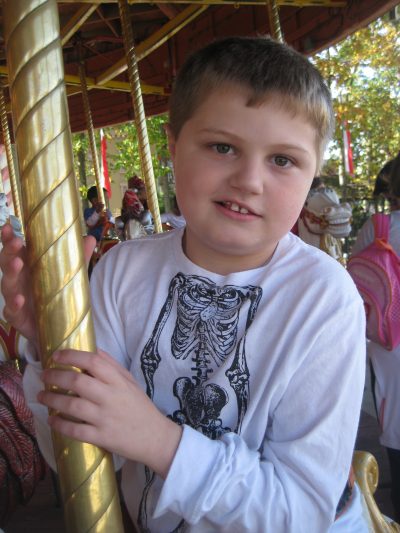 For the last five months we’ve been watching our severely autistic son have “episodes,” interludes in which he bends over at the waist or sits staring, still able to hear us, thumbs tucked into his palms. He can endure these spells for seconds or minutes. Sometimes we can get him out of them, sometimes not. After soliciting four different opinions we’ve narrowed his symptoms down to autism-related catatonia, which affects 12-18% of individuals with autism. If he does not respond to treatment the condition will worsen. The more time that passes, the harder it is to alleviate the symptoms.

And trust me, the harder it is to watch.

We started Justin on a medicine for catatonia a little over two weeks ago, and he responded almost immediately. Within twenty-four hours we did not see the eradication of the disorder but did note a lessoning of episodes, a shorter duration of episodes, and equally important, the ability to get him out of them much easier. This period lasted both at home and at school for twelve glorious days.


Then, on the thirteenth the data came back from school, and it wasn’t good.

Over the last week there have been more episodes at school, but thankfully not to the extent that he was having them prior to being on the medication. Over the last few days we’ve again seen a lessening of spells, and I hope he’s working his way back to that glorious period where our boy was back, his happy self shining through. I admit, my hopes plummeted on that first “iffy data day,” and I was not a happy camper.

But one thing I have learned in almost fifteen years of being a caretaker of a severely autistic child is that there are no quick fixes with autism.

If you’ve heard of any let me know.

When he was younger, I often rode the roller coaster of emotions related to how my boy was doing. I strapped myself in when he had insomnia, stopped eating, became aggressive at home, and his OCD ramped up so much that we were following him around the house 24/7 to halt his aberrant behavior. In his younger years I took it all to heart, losing sleep, making myself sick sometimes.

I need to be a whole, sane, calm person for me.

So I am practicing what I preach, taking each day, sometimes each hour, at a time. We see a specialist in catatonia next week, and we may have more answers then. We could be in an entirely different place a week from now, either good or bad. The appointment may go well, or may raise even more questions than I had prior to schlepping to Baltimore.

I can’t control my son’s neurology. But I can control how I react to it.

And for my sons and myself, I’m going to do just that.