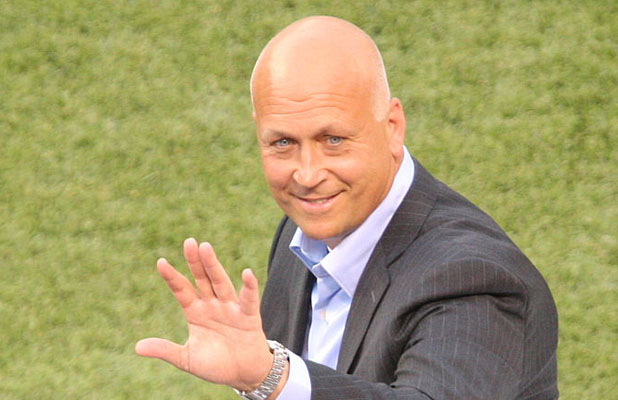 A Brick restaurant will promote the chain’s 50th anniversary with an appearance by baseball Hall of Famer Cal Ripken, Jr.

Ripken will appear at the Roy Rogers restaurant on Brick Boulevard April 30 between 5 p.m. and 6 p.m., the company said in an announcement Monday. The appearance will also mark a partnership between the fast food chain and the Cal Ripken, Sr. Foundation.

Ripken will assist the Roy Rogers staff by taking orders, manning the drive-thru and cooking food, the company said.


Ripken, known as baseball’s “Iron Man” for playing in a world record 2,632 consecutive games, spent 21 seasons in the major leagues and was inducted into the National Baseball Hall of Fame in 2007. Since his retirement, Ripken has continued to help grow the game through Ripken Baseball and its youth complexes, while placing a strong focus on giving back to underserved communities through the Cal Ripken, Sr. Foundation.

Editor’s Note: This story originally stated the restaurant was located on Route 70. It has since been corrected to reflect Brick Boulevard.