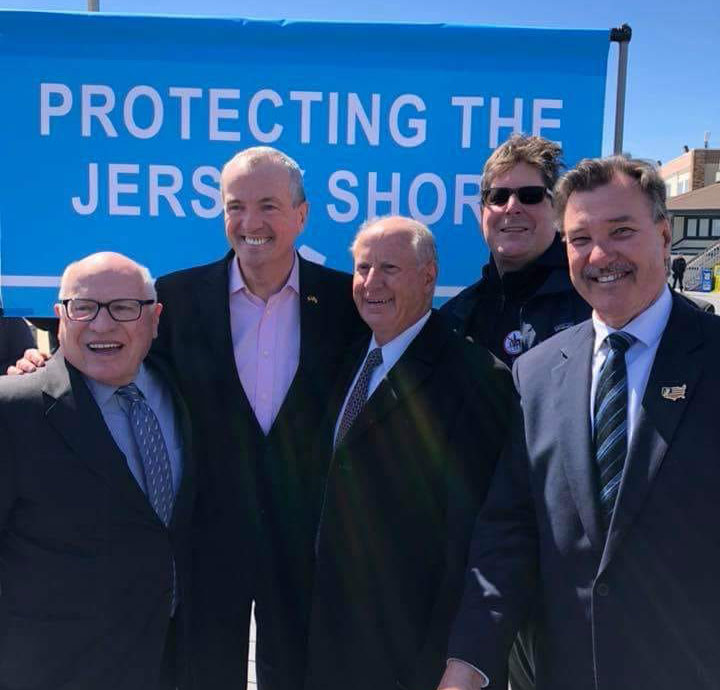 A bipartisan group of officials joined Gov. Phil Murphy on the boardwalk in Point Pleasant Beach Friday to witness the signing of a bill that places a barrier between New Jersey and offshore oil rigs.

The federal government is proposing leasing swaths of the ocean floor off New Jersey for oil exploration and, potentially, drilling. The bill Murphy signed into law Friday can’t stop the federal government from leasing offshore plots in waters under their own jurisdiction, but it can effectively render them useless. The measure bans drilling in New Jersey state waters – up to three nautical miles from shore – but also  prohibits the Department of Environmental Protection from issuing any permits or approvals for the development of any facility or infrastructure related to offshore drilling within or outside of New Jersey waters. Simply stated, law bans pipelines or other equipment required to transport the oil from a rig to land anywhere in the state.

“Offshore drilling would be a disaster for our environment, our economy, and our coastal communities,” said Murphy. “The bipartisan legislation I am signing into law, on the eighth anniversary of the Deepwater Horizon Spill, will block oil companies from drilling in state waters. We simply cannot allow the danger of drilling off our coast. The societal, economic and environmental costs would be detrimental to the overall quality of life for our residents.”


The bill drew rare bipartisan support, including from Republican county leaders and local mayors who have come out against offshore drilling, citing environmental concerns and worries over the effect an spill could have on the local tourism industry. 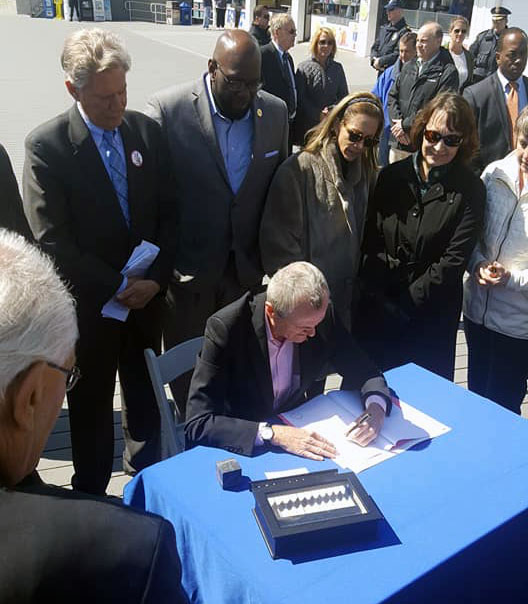 In addition to the outright ban on drilling infrastructure in areas under state control, the new law requires the DEP to review any proposed oil or natural gas development in the Atlantic region of the U.S. exclusive economic zone – which extends 200 miles from shore – to determine if the proposal can “reasonably be expected to affect New Jersey waters.”

The Murphy administration said the state’s tourism industry is worth $44 billion and could be decimated if a spill similar to that of the Deepwater Horizon incident happened close to home.

The legislation received a 37-0 vote in the state Senate and a 72-1 vote in the Assembly.