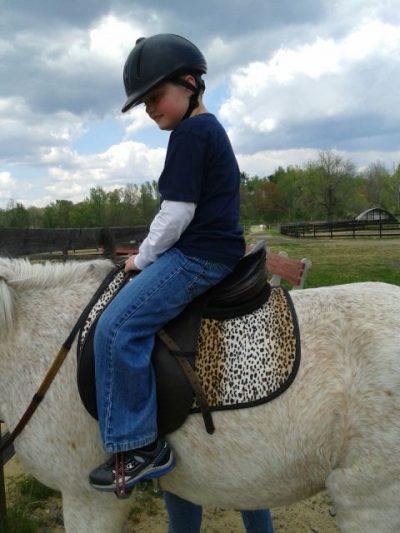 If you’re reading this in your voluminous amounts of spare time, perhaps your son has just been diagnosed at the tender age of two and you’re overwhelmed by where to go next. Maybe your teenaged daughter, whom everyone assured you was just shy, is now sporting the ASD label. Perhaps after years of therapy and (literally) your blood, sweat and tears you are realizing your little boy is destined for the more severe end of the spectrum, despite all your efforts. Maybe your son is aging out of his school entitlement, and your world is now consumed with SSI and guardianship and praying like hell that day program down the road will not only take him so you can work, but that your boy be willing to stay. Perhaps your child has just hit puberty- enough said.

A lot of “maybes” here, but I’m certain of one thing- you are very, very tired.


Maybe you’re not going through a major milestone, but instead trying to figure out how to get him to eat, to sleep, to leave the house without screaming, to stop pinching you every time you need him to make a transition. Perhaps you’re trying to figure out how you can convince a sitter to stay with your five-year-old so you and your significant other can remember why you got married in the first place. Maybe on top of autism and OCD and anxiety your girl has just received another co-morbid diagnosis, and you’re trying and failing to summon up the strength to educate yourself once again on yet another disorder.

Perhaps you just want to scream every time someone tells you they don’t know how you do it, as if you had a choice.

Fifteen years ago this week my husband and I began our own “autism rollercoaster” when our beautiful son Justin was born, a much-wanted and longed for baby. I would start to have concerns about his development when he was just six months old (he hit his milestones but spun everything in sight), would have those concerns validated at seventeen months when he received his PDD diagnosis which would morph a few months later into a plain old ASD label. Five years later our eighteen-month-old son, who unlike his brother had developed typically until then, would regress before our eyes after two back-to-back illnesses, losing his speech, developing a rash all over his body, and most significantly losing the very spark that made him who he was. Over the last decade-and-a-half we have seen our boys labeled with autism, OCD, ADHD, and most recently for our eldest, catatonia. We have endured insomnia, refusals to eat, binge eating, anxiety, and aggression.

Here, it has not always been “good times.”

Having been in the trenches so to speak for the last decade-and-a-half I will share with you that at times I have been depressed because my boys suffered, have been angry at their suffering, and riddled with anxiety over whether I’d ever figure out how to help them be happy. For years at a time I put my own needs on the back burner, living from one potty training incident to the next, measuring my happiness based on how much each child had slept the night before. I had given up my much-loved career when our eldest was diagnosed, and subsequently the boys became “my job.” Quite honestly, their needs consumed me.

It took me many years to realize that sometimes I needed to put my needs first.

Finally, one day I realized that with both boys our challenges came in cycles. Often we would have periods where things were calm, the boys were happy, and our home life resembled some sort of normalcy that I’d never thought we’d achieve. Of course, you’d think I’d be able to revel in those periods, “the space between” I’d come to call them.

Often, I didn’t. I’d be filled with dread waiting for the “other shoe.”

What I eventually realized was this. This autism gig was here to stay. These cycles would be my constant companions until my dying breath, which hopefully was many, many decades away. No matter how educated I was, how diligent I was, and how good a mother I was, I could not change this incontrovertible fact.

The only thing I could change was me.

It’s been about three or four years since I stopped “dealing in dread.” When one of my kids is suffering, I admit I am not good at compartmentalizing their suffering- I don’t think I ever will be. What I have learned to do is in those calm, quiet periods (and I can’t promise you, but I believe you will have them) is to grab onto life with a tenacious grasp, to take care of myself, to actually have fun. I make those doctor appointments I’ve been putting off for six months. I have lunch with a friend I haven’t seen in a year. I troll everyone I know to help me find a sitter competent enough to stay with my boys so my husband and I can get some relief.

As much as I can, whenever I can, I try to relegate anxiety over the boys’ collective happiness to a shelf somewhere in the remote recesses of my brain. I do this for them, because a happy mom is a more competent mom, and they need me to be that for them.

But I do this for me as well, because I deserve to have a life too.

So this Mother’s Day, and every single day that you possibly can, carve out some time that’s just for you, for your happiness. Perhaps it’s a night out with the girls. Maybe it’s fifteen minutes in the tub while your husband handles the kids.

Maybe it’s just a really good and well-deserved glass of wine in a quiet place. Chocolate helps too.

Try, as much as you can, to find happiness in the space between.