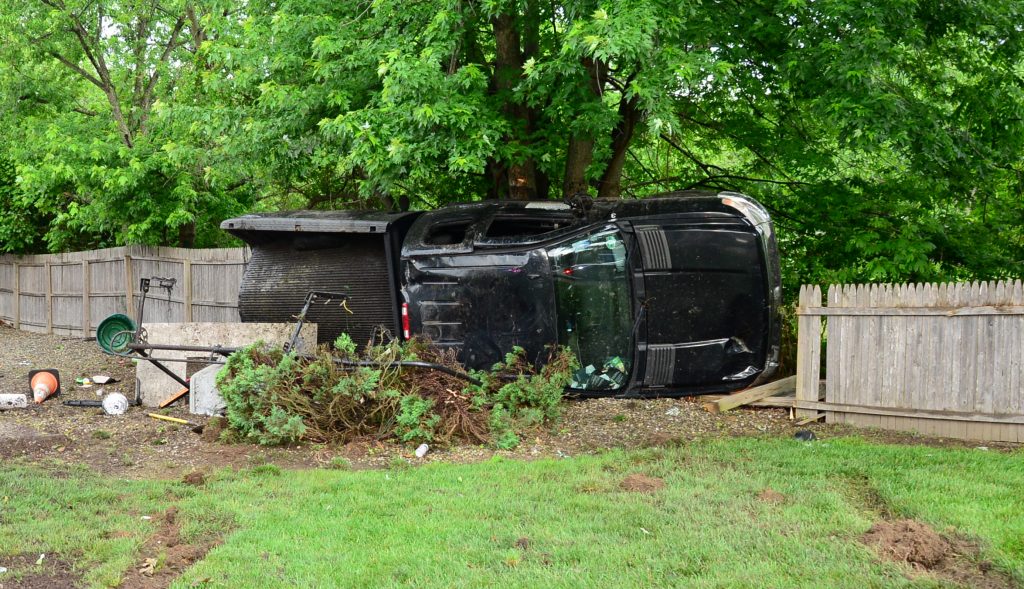 Brick police say a man gave a phony name to an officer after being pulled over for having an expired vehicle registration in order to avoid being arrested for outstanding warrants – then flipped his pickup truck and landscaping trailer after he fled the scene.

Ptl. Dave Thergesen conducted a motor vehicle stop on a black 2009 Chevy Silverado pickup that was pulling a landscape trailer at 5:48 a.m. Wednesday, police said in a statement. The stop, near the intersection of Route 70 and Van Zile Road, was because the truck allegedly had an expired registration. 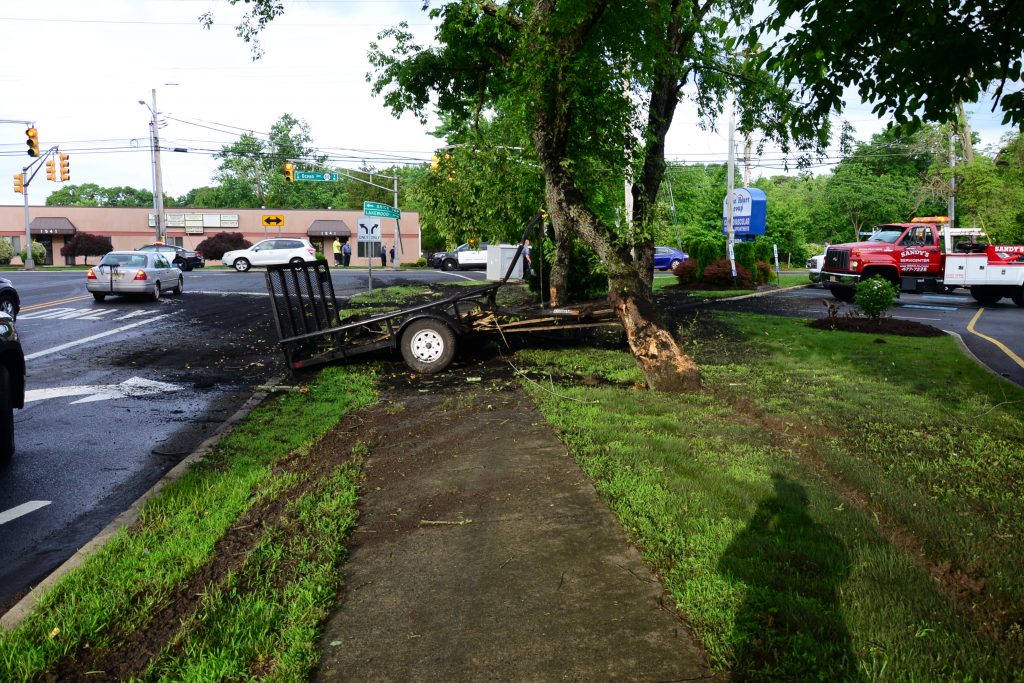 The driver, later identified as Joseph Willemain, 28, of Parkton, Md., allegedly provided a false name to conceal the fact that he actually had a warrant for his arrest, said Sgt. Neal Pedersen.

While Thergesen was attempting to verify the true identity of the driver, the suspect “sped from the scene with his female passenger,” Pedersen said. He traveled westbound on Route 70 and made a right turn onto Jack Martin Boulevard northbound.  While making this turn, Pedersen said, mulch from the trailer began spilling onto the roadway and a gas can also fell from the trailer.

Due to the suspect’s “erratic and dangerous driving” Thergesen terminated the pursuit. A short time later, Ptl. Pacyna and Ptl. Riccio discovered that the vehicle had crashed at the intersection of Jack Martin Boulevard and Route 88 west. The suspect lost control of the vehicle and crossed the lawn at The Ocean Heart Group building, where the trailer ripped from the vehicle.  The vehicle continued on the lawn and then crossed Route 88 at which point it mounted the curb and the vehicle rolled over onto the property of 1541 Route 88.  The suspect climbed from the vehicle and attempted to run when he was apprehended by officers, police said.

His passenger, Rachel Katz, 26, of Brick, was processed and released on an unrelated warrant.

Willemain was lodged in the Ocean County Jail.