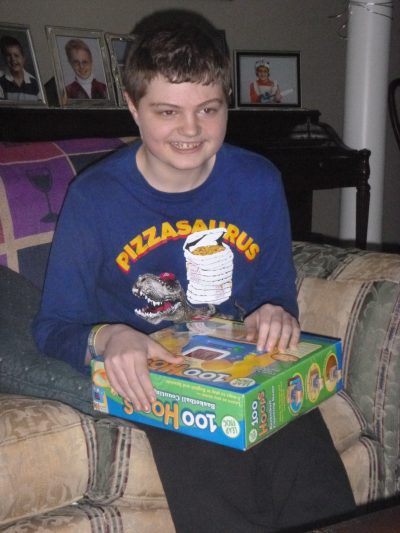 It’s June, time for another round of “endings.”


I know most people view December as “the big cahuna.” This is the time where New Years resolutions are made (and subsequently broken), and people look back on the year that has just passed and figure out what they can do to make the next year a better one. I have to admit the optimism I always have for the impending year usually outweighs my sadness at leaving the current one behind, the knowing that I’m twelve months closer to the “great beyond” no matter how much kale I consume.

I’ll tell you a secret. Kale won’t help my longevity. I don’t eat it very much.

The June endings are of course tempered by the knowledge of an imminent summer, and I am a summer girl. One of the many glories of being a teacher was having those summers off (now I work harder in the summer schlepping my kids everywhere than I do when I actually work during the school year), and I reveled in that time to recharge, kick back and relax. When I taught there was (usually) some sadness as I said goodbye to my students, particularly when I taught sixth grade and knew they would be scattering all over Fairfax County. I’ve never been really good at goodbyes, and some years I admit to some collective tears being shed amongst me and my students (okay, just the girls) at our impending separation. Still, I knew there would always be another year of connections to be made, and I knew “my kids” were moving on which was a good thing.

Did I mention also how much I love summer?

Zach and I have a big ending coming up next week as he moves on to middle school. Over the past few weeks I’ve chatted with other moms saying goodbye to Midstreams as their last child moves on, and we are all having a hard time with it (one mom and I decided we’d probably have to be escorted out of the school after graduation). Since I’m not the “transition queen” I will probably be a mess next Wednesday, with my husband offering me tissues and not completely getting what all the fuss is about (but honey, it’s about all the friends I made while volunteering too!), but I will get through it.

As I mentioned in my last post, it’s time to man up and be brave.

The truth is, however ambivalent I’ll be at leaving the Midstreams cocoon next week there are threads of joy woven throughout this sadness, my sense of loss tempered by the knowledge that my boy is growing up well, that for him every ending is just a new beginning. My youngest has done well at school, has friends, has participated in clubs and activities that held meaning for him. My fingers are crossed that his next seven years will entail more of the same, and I have every hope he’ll weather any hurdles, will continue to stretch himself both academically and socially. The world is literally that kid’s Jersey shore oyster.

And I can tell you all now I want exactly the same for my severely disabled son too.

My son Justin is fifteen years old, has severe autism, OCD, and just recently landed himself a diagnosis of autism-related catatonia, which quite honestly has been a game-changer for a family who thought (hah!) we had the disability thing somewhat under control. He is in a wonderful school placement, one I will literally do anything (yes I mean it) to keep him in for the next few years until he graduates at twenty-one. Hopefully his big ending won’t occur for the next six years, because truthfully his mama needs that much time to deal with it, and I’m hoping to have a plan in place for him that will somewhat echo the previous fourteen years (my nickname for his school is “Disney,” they’re just that good).

What happens after twenty-one you might ask? Well, I’ll tell you readers, that is literally the million dollar question.

Justin’s school actually has an after twenty-one program housed on their campus, set in a building Justin’s been going to for years to work out in and learn life skills. My boy loves his routines, and I know in my heart we have a greater chance of him making the transition from school to adult program if he is familiar with his surroundings. I’m envisioning the possibility he might try to “escape” to his old haunting grounds if he’s so lucky to be accepted, but in the end Justin is a rule follower, and I know he’ll eventually get that that part of his life is over, that a new chapter has begun. There are many factors that will go into deciding whether he goes there- what kind of budget I’ll get from the DDD, whether or not there are any openings, how Justin is behaving at that time in his life. Nothing in life is guaranteed, but I know without a doubt that he would love their program, that it is his best chance at having an adult life outside of our home, which I deeply wish for him.

And being totally honest, I wish it for me as well.

Years ago I made a mental shift regarding Justin. I stopped wanting the trappings of what I considered a “normal life” for him, and made the adjustment to wishing he’d simply lead the best life to suit his needs. I let go of wanting the things I expect will take place in Zachary’s life- college, a job (yes please!), his wedding (can’t wait I will be a nice MIL), and hopefully a lovely social network for my boy. Instead I focused on getting Justin what he actually needs and wants in his life, which are not any of the things his brother will want for himself. That shift, that realization that Justin could lead a happy life completely different from that of his sibling profoundly changed my outlook on his life.

It made Justin’s endings and beginnings seem as potentially bright as his brother’s.

I can’t wait to see what will enfold for both of them. I know until my dying breath I’ll be plotting and planning for Justin ( I once mentioned something about his “eighty years on earth” in an IEP meeting and was met with a few blank stares),and I hope I can craft as fulfilling a life for him as the life my youngest will undoubtedly craft for himself.

So here’s to endings, and the burgeoning possibilities they bring with them.

And here’s to new beginnings- may they be bright for all our children as well.