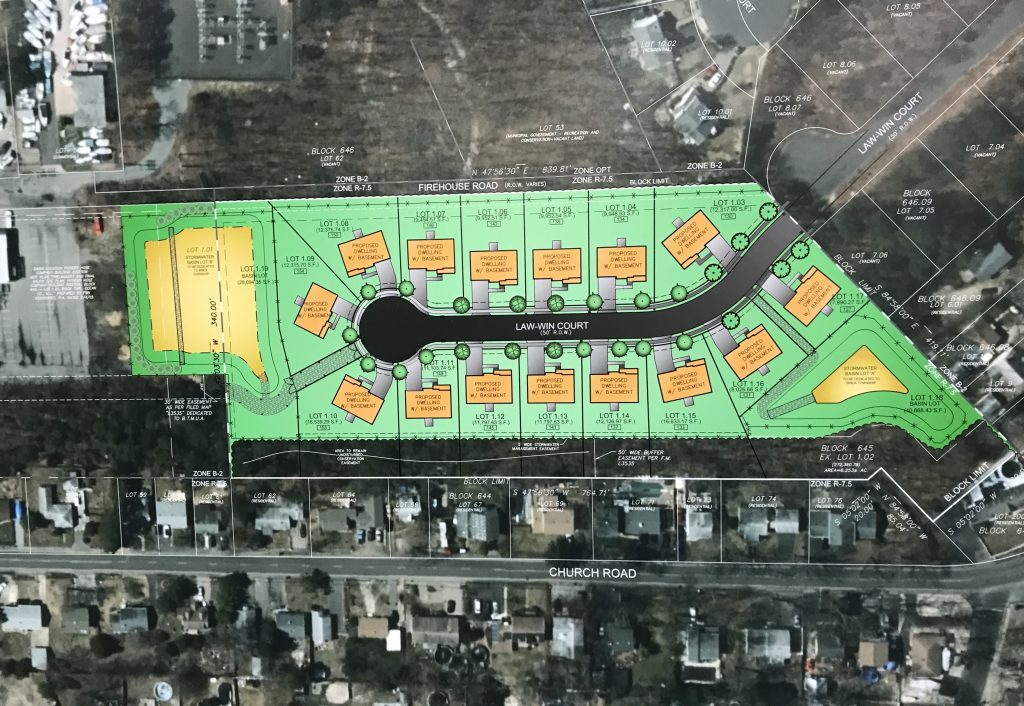 Members of the Brick Township planning board voted unanimously to approve the subdivision of a 6.2-acre plot of land owned by the Pioneer Hose Fire Company so 15 homes can be built there.

About a dozen firefighters were seated in the audience in support of the plan, and a large fire truck was parked outside the municipal complex as about another dozen members of the public shuffled in. The developer of the plot, Arya Properties, faced questions by three people in opposition to the plan, including one from out of state who said he plans to hire an attorney to fight the measure before it receives final approval.

“The homes that will be built, will be in the style of what was built before,” in the local neighborhood, said attorney John Paul Doyle, who was representing Arya.


Doyle said contrary to rumors that have circulated around town, there is no evidence that there are any restrictions on the plot’s deed as to what can be built there. The property, off Drum Point Road and beside Law-Win Court, is fully within the confines of the township’s R7.5 zone, which allows single family homes with 7,500 square foot lots.

“All of them will conform with the requirements of the town,” said Doyle.”It far surpasses what the ordinance required.”

Doyle said the fire company had previously approached both the township and Ocean County to inquire as to whether either entity – or both – would be interested in acquiring the plot for open space preservation.

“The county and the town passed on that opportunity, so we’re not here to say, ‘we’d rather have open space than 15 homes’ because the council has already decided that for the township,” said Doyle.

One neighboring resident, Linda DiRienzo, said she was concerned about drainage issues related to the project, and if a planned stormwater retention basin could hold standing water that could produce mosquitoes. An engineer hired by Arya testified that the infiltration rate of water is very high since the soil has a sandy consistency. The basin would also be located five feet above the seasonal high water table and it would drain 45 inches per hour.

The stiffest opposition to the project came, ironically, from a resident of Cocoa Beach, Florida.

Glenn Tilton said his grandparents conveyed the property to the firehouse in the 1960s and did not intend for it to be used for housing.

“I feel there are some improprieties going on here,” said Tilton. “My family gave this property to the fire company for training, not for houses to be built there.” 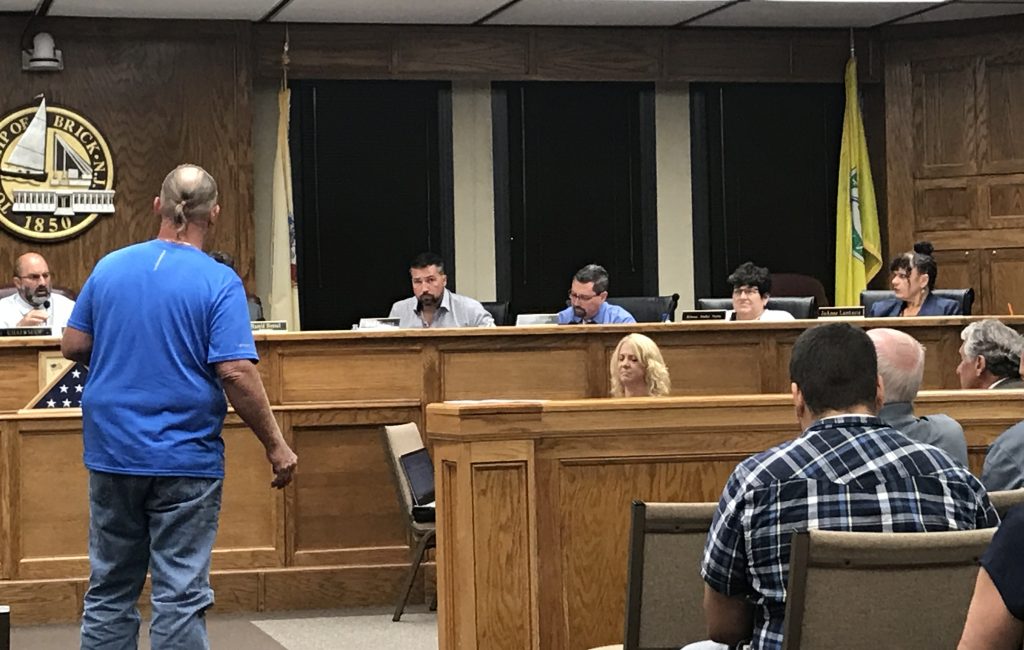 Tilton’s standing to object to the plan was questioned by Doyle, as well as planning board attorney Harold Hensel, who reminded Tilton that he has no financial interest in the property, nor does he own any other property in Brick.

Tilton refused to answer several questions posed by Doyle, stating that he planned to hire noted land use attorney Ronald Gasiorowski to formally oppose the development. Gasiorowski is well known for his animated presentations at planning and zoning board meeting across the Shore area, and has been successful in stopping some projects form moving forward.

Doyle said there was no legal basis on which to oppose the application stemming from the fact that Tilton’s grandparents once owned the land. The fire company had also paid the family a $6,000 consideration for the land.

“It [the deed] does not suggest it was a gift and has no mention of it being used for a fire training station,” said Doyle.

“I’m not trying to gain anything from this,” replied Tilton. “I’m just trying to uphold the will of my grandparents.”

Tilton asked that the proceedings be adjourned until he could retain council – a request that was quickly denied by Hensel after Doyle objected.

“[Tilton] could have had an individual here this evening if he wished to have counsel, but chose to address the board without counsel,” said Hensel, confirming that proper notification of the meeting had been provided.

Another resident, Carol Gay, lives on the northern side of town but said she came to the meeting to speak out against any new development in Brick.

“A lot of us are concerned with overdevelopment in Brick,” said Gay. “We want to see more trees and more space, not more development. There’s too much already and Brick is already congested enough. We don’t want to look like neighboring towns that have just built on every inch of ground that exists.”

The approval granted by the board Wednesday night is preliminary in nature, authorizing the builder to draw up a final site plan based on the subdivision of the property into 15 lots.

Doyle said his clients are hopeful that they will be able to apply for final approval within a year.