Brick police have released surveillance video that they say captured a man who stole a woman’s pocketbook in the Brick Township Shop-Rite store, then charged hundreds of dollars to her credit card moments later.

The theft occurred Tuesday at about 3 p.m., said Sgt. Neal Pedersen. The woman’s pocketbook was removed from her shopping cart while she was shopping near the produce section, he said. Shortly after the incident, the victim was advised by her credit card company of possible fraudulent charges at area stores that were being attempted. 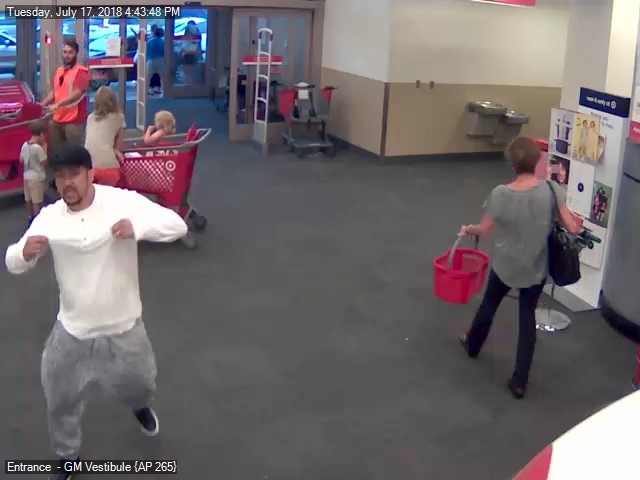 The suspect in a theft from Shop-Rite in Brick enters the nearby Target store. (Credit: Brick Twp. Police)

According to police, one of the charges to her card, for $462.36, was completed at Target store located at 570 Route 70, just a few minutes from Shop-Rite. Officers then went to Target to obtain video surveillance.


The suspect is described as a white male with a goatee wearing a black hat, white long sleeve shirt with two buttons by the neck, gray sweat pants, and black and white sneakers. He arrived and left the scene in a waiting, white sport utility vehicle operated by another person.