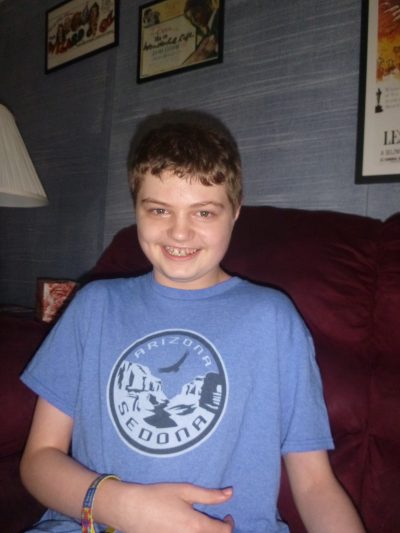 Here’s the thing Universe. Whether you acknowledge it or not it’s time to cut this family a break. We have remained collectively upbeat this past twelve months despite some really nasty life changes I won’t go into here, plus the chaos of our house almost burning down and the four months of repairs that ensued.


We have been really, really mature.

I probably brought this on us by allowing myself to breathe a sigh of relief this fall when things were looking up. You see, I relaxed my vigilance with autism and its never-ending surprises, and that’s when catatonia came to call.

You got me universe. With the onset of puberty I was gearing up for seizures and renewed aggression. I’d never even heard of autism-related catatonia.

But here’s the thing universe. This family has weathered Justin’s aggression, insomnia, refusal to eat, eating too much, extreme OCD, refusal to potty train, and probably a host of other issues my very tired brain has blocked out to survive. Each time, Jeff and I sucked it up and went at each issue with a many-pronged approach, employing behavioral techniques, using medicine when necessary and being vigilant in our efforts to help our boy. The truth is universe, it gets more difficult for us every time because we’re older, which doesn’t bode well for us since we’re looking at at least another decade of full-time care of our son, and probably much longer than that.

I guess what I’m saying is I’m reaching my “sucking it up limit.”

It’s been eight months since Justin’s symptoms started, and the irony of it all is we’ve consulted four different practitioners, and there have been five different diagnoses trotted out for him (yes, I said five). Of course, just to keep things fun, these five different diagnoses all have completely different treatments, so I anticipate if things don’t improve for Justin, trying everything out could take until he’s twenty-five.

Okay, maybe another year, but it will FEEL like he’s twenty-five.

It’s been a long eight months, universe. The thing is this thing he has, whatever it is, is a game changer. I’m not sure he won’t get kicked out of camp because of it. I worry no twenty-one plus program will take him with it. If his symptoms progress I worry about his residential care, because at some point dear universe, Jeff and I will need someone to take care of us, and I can tell you right now that someone won’t be our eldest boy.

In other words universe, this is a big freakin’ deal.

We’re making some changes with him medically, and I’ve been told both that the symptoms can go away or at least go into remission, so we do have hope. We’re doing every suggestion that’s been made to us (like we always do), so universe, I’m asking you to come to the table and do your part.

Help my son. It just can’t be that hard.

Bring back that child.

I want him happy, healthy and whole. I want him to be able to enjoy the summer, this season that he loves so much.

I want to see him smile.

Pony it up universe.