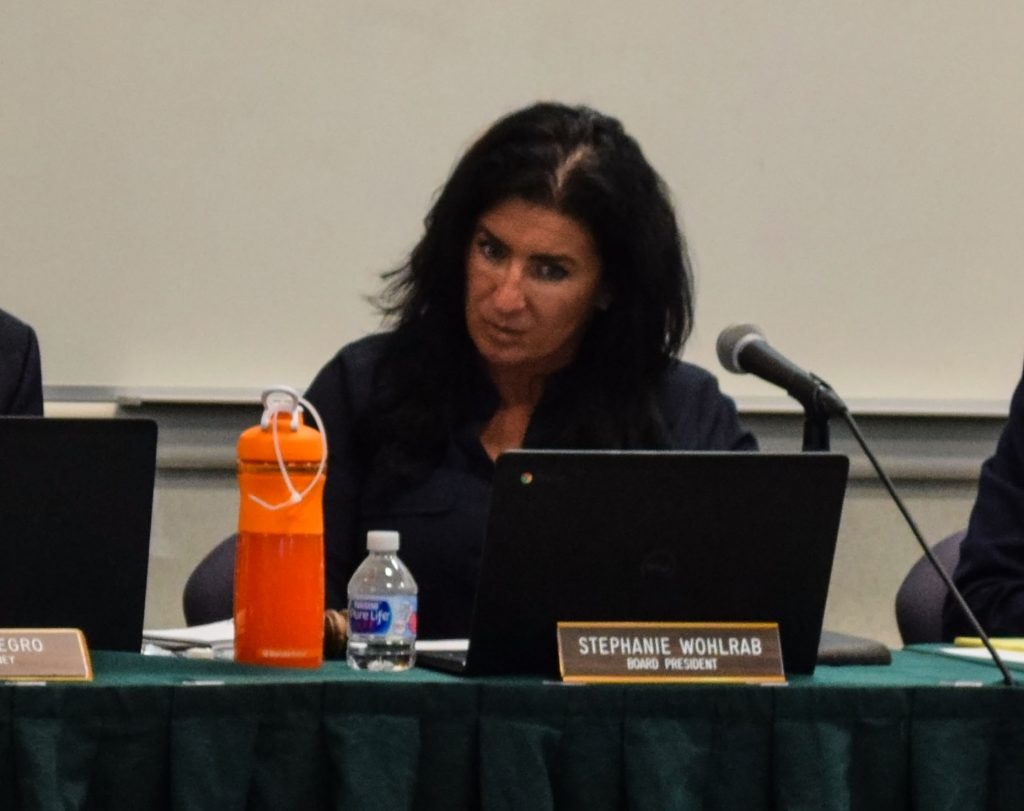 A cache of documents from federal, state and local sources shine light on a tangled web of political donations, contracts and payments between the Brick school board president, an insurance brokerage firm, the district and a Super PAC she runs.

Board President Stephanie Wohlrab, in addition to her role as an elected member of the Board of Education, is a professional campaign fundraiser for Democrats statewide, having served as finance director for the campaigns of U.S. Sen. Bob Menendez, Newark Mayor Ras Baraka as well as finance chair of the Democratic State Committee and Senate Majority Office. In Aug. 2017, while a member of the board, Wohlrab registered an independent-expenditure committee – commonly known as a Super PAC – called “America’s Urban Future.”

Documents obtained by Shorebeat show Fairview Associates, an insurance brokerage firm that has a contract with the Brick school district, was the largest contributor to Wohlrab’s PAC so far this year. Complicating matters, Wohlrab voted in favor of awarding Fairview a contract worth up to $80,000 at the June 28 board meeting. In 2017, Wohlrab reported that she was paid $12,000 by the PAC she created for “consulting fees” and received smaller disbursements this year.


The Brick school district’s relationship with Fairview began in Feb. 2016, just a month after a newly-elected ticket of board members took a majority of board seats. The “Clean Slate Team,” though technically nonpartisan under state school election rules, was backed by the Democratic party. The previous month, just minutes after being sworn into office, insurance brokerage services was one of a slew of contracts canceled by the new members – including Wohlrab. A few weeks later, Fairview landed an appointment as the new broker, starting with a $26,666.68 contract for the remainder of that school year with options for $80,000 contracts to arrange medical, dental and prescription services each year through June 30, 2019.

The contract provided language which stated that the board could, at any time between the firm’s hiring and the end of the 2018-19 school year, move back to the state’s insurance provider for employees and avoid paying for the company’s services. The contract can be viewed below.

Just a month after their initial appointment, the replacement of the insurance brokerage firm became an issue during annual budget talks when the company came back with a 15 percent increase in benefits costs compared to what had been forecasted by the previous broker, Conner Strong & Buckelew, which helped frame rates that were supposed to have lowered costs under a new teachers’ union contract. James Edwards, the district’s business administrator, said at the time the sudden cancellation of the original contract meant the work that Conner Strong had already completed on the next year’s budget was effectively thrown out and Fairview had just three weeks to come up with new numbers. The company also recommended at that time that Brick move to self-insurance for medical coverage.

Fairview’s contract with the district was renewed three times, most recently in June. But the issue which has quietly raised eyebrows among school district observers is that Fairview made a $7,000 donation to Wohlrab’s super PAC on Feb. 10, 2018. According to the latest report Wohlrab filed Aug. 6, 2018 (covering the period until June 30), the firm made two additional donations of $8,000 on May 8 and May 30, and another for $5,000 on April 23. In all, Fairview has donated $28,000 to America’s Urban Future so far this year.

The PAC then paid Wohlrab $6,000 for “consulting services” in two, $3,000 increments on May 11 and June 11, the latter coming two weeks and three days before the vote to give Fairview its latest contract. 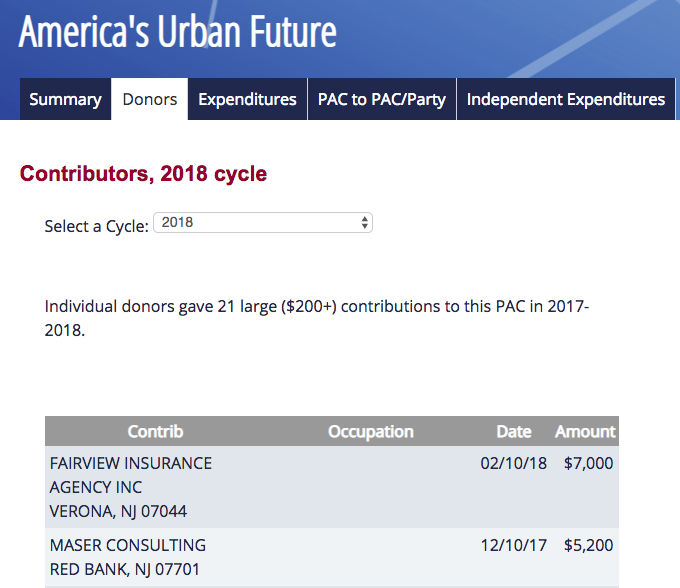 In the current election cycle, Fairview has also made donations to the campaigns of Menendez and the New Jersey Democratic State Committee.

After multiple donations were made to the PAC, Wohlrab voted in favor of awarding an $80,000 contract to Fairview for the 2018-19 school year, the final year covered by the initial proposal adopted just after the Clean Slate Team was elected. The video of the vote appears below.

It is not clear whether Wohlrab’s vote constituted a violation of ethics or campaign finance laws, according to several experts contacted by Shorebeat to review the vote. Part of the reason is because it is so unusual for an elected official to run a Super PAC.

“I’m struggling to think of another case where I’ve seen that,” said Andrew Mayersohn from the Center for Responsive Politics, a non-partisan group which tracks donations and expenditures related to Super PACs. “Being in charge of any Super PAC while being an elected official – I can’t say it’s never happened – but they’re usually run by professional operatives.”

Wohlrab’s status of being both a campaign operative for out-of-town candidates and an elected official in Brick presents a unique scenario for which there is little to no legal guidance. After a recent meeting, Wohlrab told a reporter that America’s Urban Future is used in campaigns for her North Jersey clients.

“It has nothing to do with anything going on down here,” said Wohlrab. “Nothing from that PAC, there was nothing done down here.”

She did not comment on why she voted for the Fairview contract after the firm donated to the PAC, which made three disbursements during the current campaign cycle, which includes 2017 and 2018. Wohlrab was paid $12,000 for consulting fees, $1,000 for postage, supplies and printing, and a firm known as Alfonso and Alfonso was paid $5,200 for rent at an address in Elizabeth, Union County, according to Federal Election Commission data for 2017. So far this year, Wohlrab has been paid $6,000 by the PAC for consulting fees.

America’s Urban Future has also received at least two notices from the FEC stating that the PAC did not file required financial reports for the calendar year 2017 and quarterly reports for 2018.

“There were a few misunderstandings as far as what was required, and I was advised it’s all caught up,” Wohlrab said.

Indeed, a review of FEC data showed the reports were eventually filed.

Michael Yaple, a spokesman for the state Department of Education, which oversees school board members’ activities through its School Ethics Commission, said the agency does not comment on the legality of specific matters or if a complaint had been filed.

“Each case is decided on its merits, and only after all of the facts have been presented,” Yaple said.

Janet Bamford, a spokeswoman for the New Jersey School Boards Association, likewise said her group does not comment on such matters, but pointed to the fact that the state School Ethics Act governs the relationship between school board members, vendors and when members should abstain on votes.

The law, a lengthy document, states in part that: “No school official or member of his immediate family shall have an interest in a business organization or engage in any business, transaction, or professional activity, which is in substantial conflict with the proper discharge of his duties in the public interest.”

The law does not specifically mention Super PACs, which came into prominence following the 2010 SpeechNow v. FEC ruling by the U.S Court of Appeals for the District of Columbia, which held Super PACs can raise and disburse unlimited funds as long as they do not coordinate directly with political campaigns.

While PACs and Super PACs are well known to have influence in major campaigns for president, U.S. Senate and congressional races, they are slowly-but-surely trickling down into in local politics.