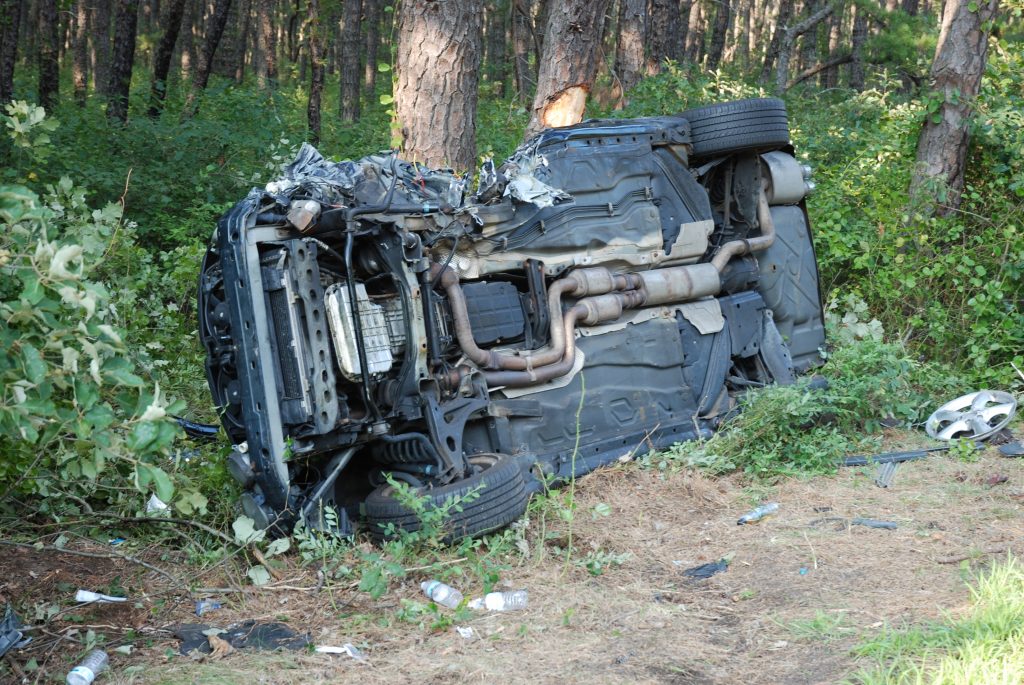 One of the vehicles involved in an Aug. 6, 2018 crash in Whiting. (Photo: Manchester Twp. Police)

A crash that shut down a portion of Route 70 Monday afternoon resulted in three injuries, the most serious of which was sustained by a Brick Township man who had to be flown to a trauma center.

The 3:48 p.m. accident occurred near mile marker 34.5 in the Whiting section of Manchester Township, police said. David Arce, 28, of Brick, was driving a 2001 Mercedes-Benz CL-Class and apparently crossed the center line and collided with a 2010 Mazda3, which was traveling westbound.

The impact caused the Mercedes to spin and eventually roll onto its passenger side. The car collided with several trees and the driver was pinned inside and had to be extricated by firefighters, according to Manchester Police Capt. Todd Malland. The Mazda, being driven by Pablo Nunez, 31, of Joint Base McGuire-Dix-Lakehurst, also spun and “slid a substantial distance” before coming to rest in the westbound shoulder.


Arce was flown by medevac helicopter to Helene Fuld Medical Center in Trenton for treatment of serious leg and internal injuries, Malland said. Nunez and a passenger, Leighanne Brown, 20, of Berlin, were taken by ambulance to Our Lady of Lourdes Medical Center, Burlington. 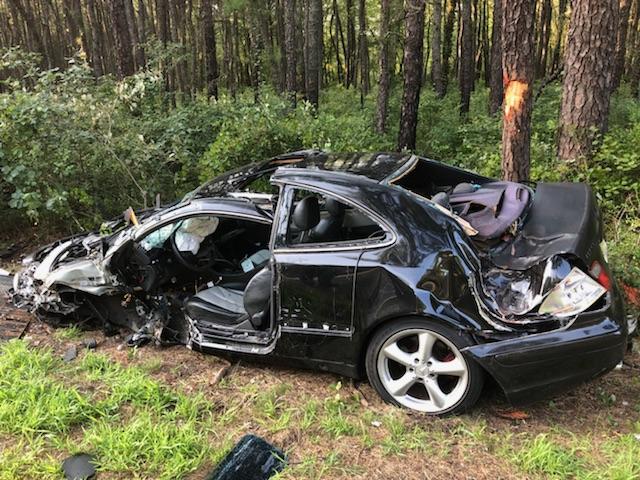 One of the vehicles involved in an Aug. 6, 2018 crash in Whiting. (Photo: Manchester Twp. Police)

A second passenger in the Mazda, 19-year-old, Rachel Goretskie, of Browns Mills, was uninjured and refused any medical treatment, Malland said.

The roadway was closed for several hours while emergency workers tended to the injured, and while officers conducted the investigation, said Malland.

Assisting at the scene were members of the Whiting and Lakehurst volunteer fire departments as well as members of the Joint Base fire department. Also assisting were EMTs from Quality Medical Transport and paramedics from both MONOC and Virtua.  This crash is being investigated by Patrolman Ian Bole of the department’s Traffic Safety Unit.