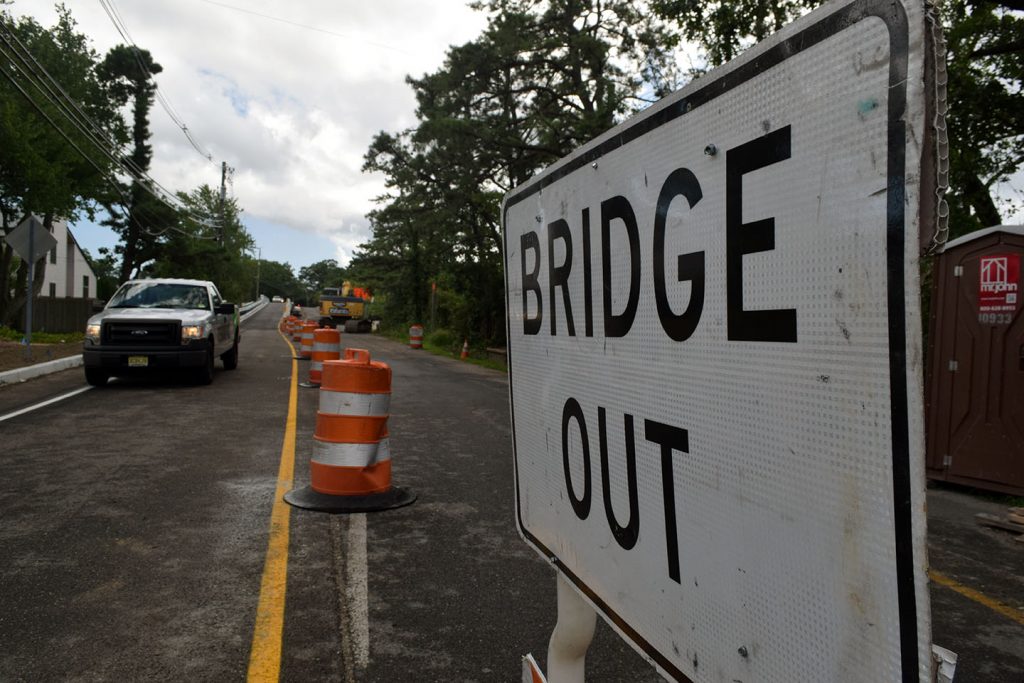 Half of the new Midstreams Road bridge has been replaced, and traffic began using it Thursday afternoon, officials said.

“The traffic switch allows us to begin the demolition of the remainder of the original bridge,” said Ocean County Freeholder John P. Kelly, liaison to the county’s Engineering Department. “The switch continues to provide the one lane of traffic in the northbound direction while the contractor Midlantic Construction, Barnegat Township, works on the bridge replacement.” 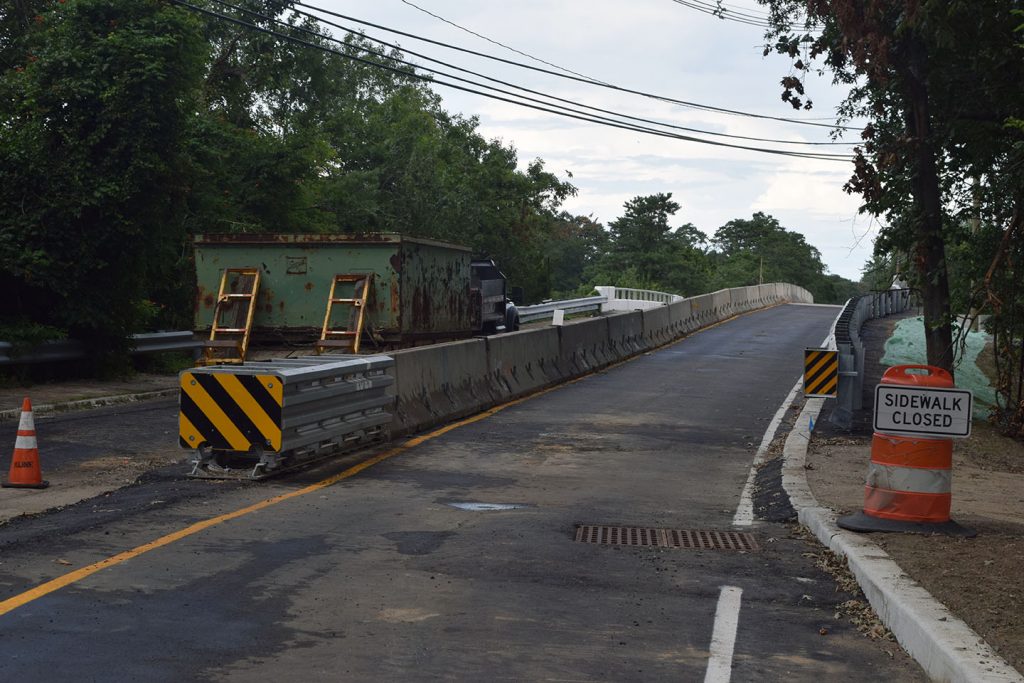 The bridge replacement work is expected to be completed by February 2019, according to county officials. Built in 1962, the county decided last year to replace it with a new, wider bridge that will include pedestrian and bicycle lanes. Shortly after construction began last fall, it was discovered that there was a major structural issue – namely that the bridge was only being anchored by its own weight rather than an engineered supports. 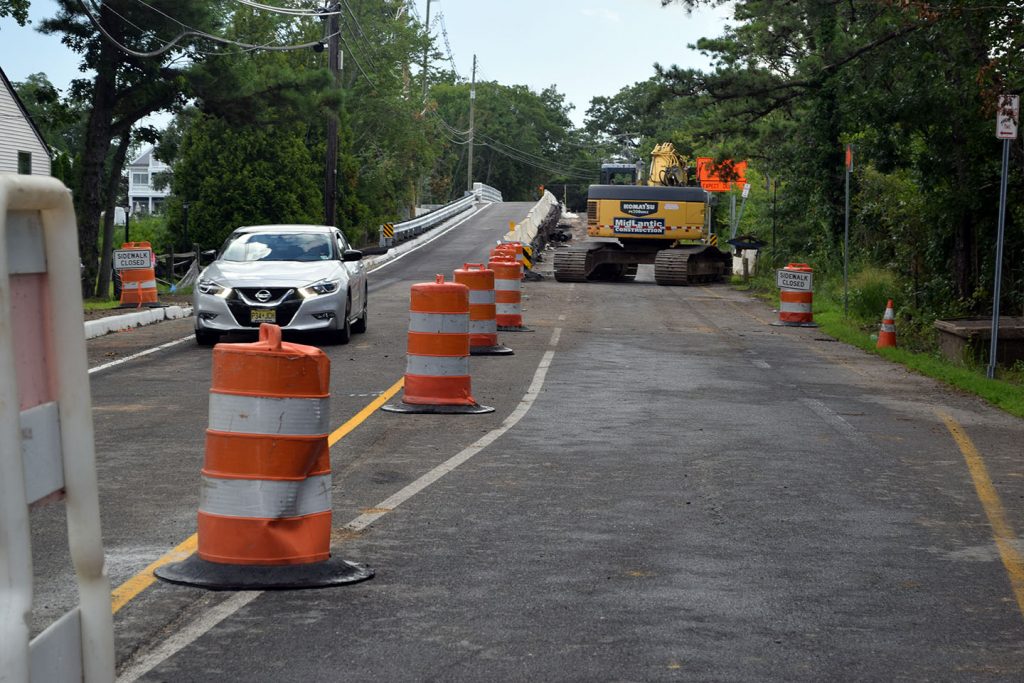 The width of the new structure will be 49 feet and include a 40 feet curb-to-curb cart way along with a 6-foot wide sidewalk on the west side. The previous bridge was only 35 feet wide.

Included in the scope of replacement project is the extensive installation of steel sheet bulkheading, revised roadway profile and an upgraded guide rail.