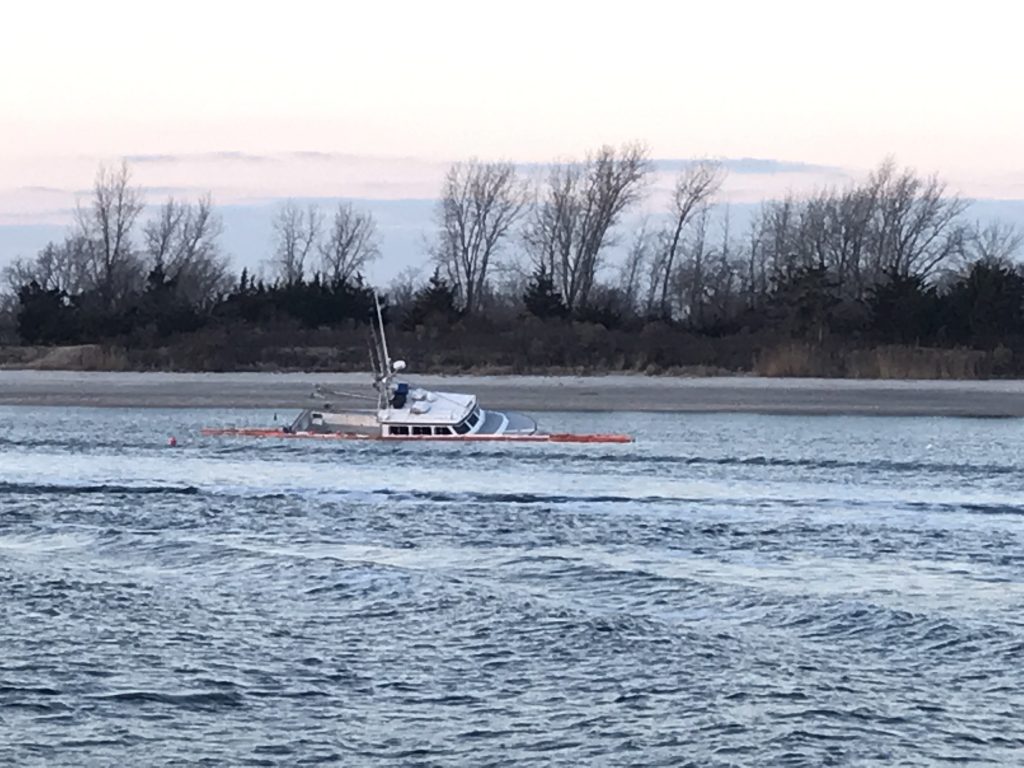 A commercial fishing boat allided with the the rocks of the northern jetty of Manasquan Inlet over the weekend, eventually ending up sunk in a shallow section of water off the “Dog Beach” in Manasquan.

The U.S. Coast Guard said the 44-foot fishing vessel Miss Kathleen was taking on water with three people and a dog aboard after it allided with the jetty at about 2 a.m. Saturday. 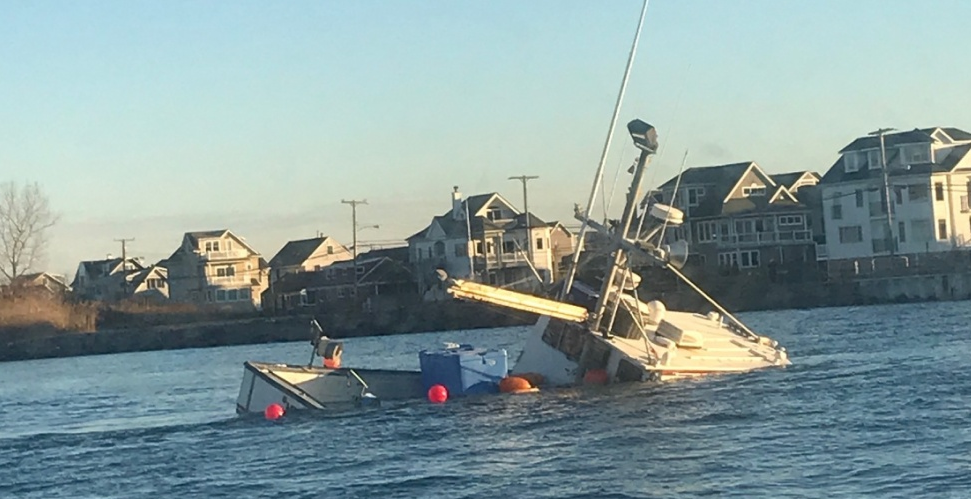 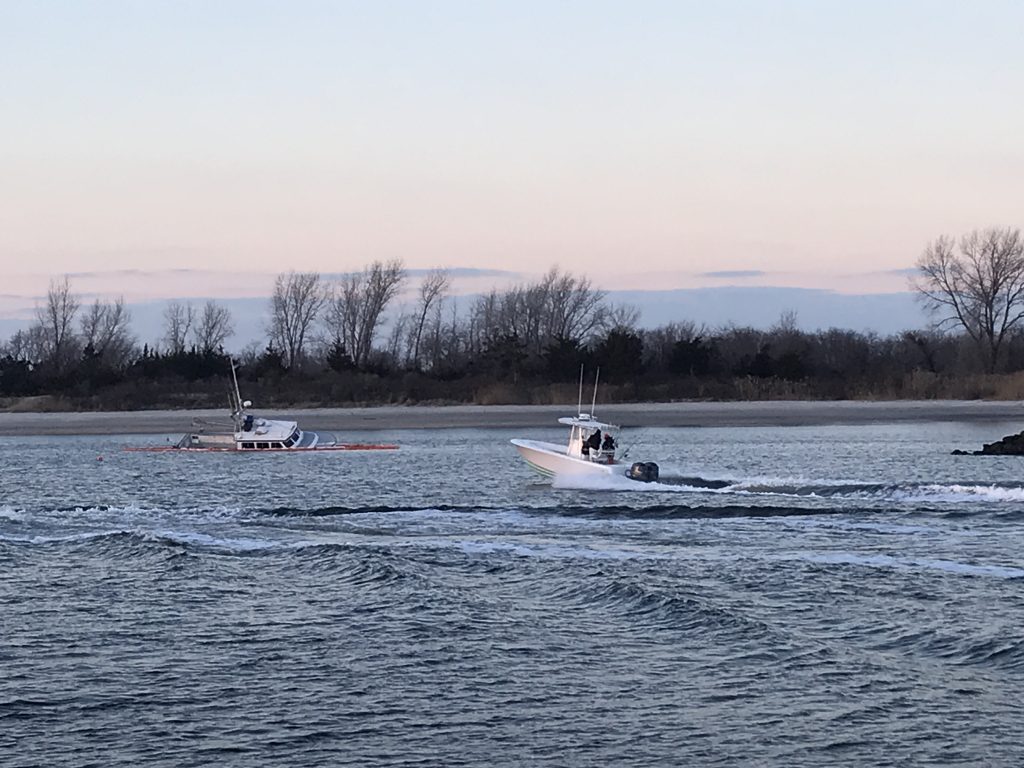 The Miss Kathleen’s captain was able to turn around and intentionally grounded the vessel near the Dog Beach, about 20 yards outside the channel

A Coast Guard 29-foot response boat crew from Station Manasquan Inlet launched but could not transit the shallow water to reach the fishing vessel. A Manasquan Fire Department boat crew responded shortly after, and took aboard the three men and dog, then transferred them to the Coast Guard boat crew.

The Coast Guard crew brought the men and dog to the station in Point Pleasant Beach. There were no reported injuries.

By 7 a.m. Saturday, TowBoatUS personnel arrived on scene and secured a boom around the Miss Kathleen as a precaution. There are reportedly 800 gallons of diesel on board the vessel, but no signs of sheen or pollution in the water.