White Castle Under Construction in Brick, Hardee’s On Hold 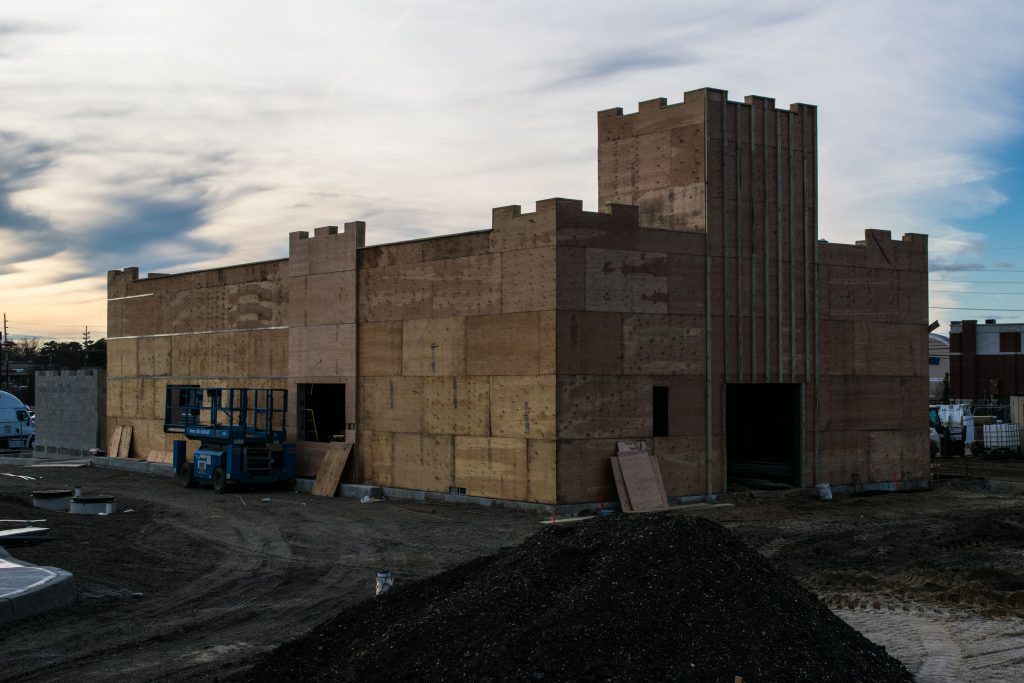 It’s a tale of two long-approved fast food restaurants in Brick – one dating back more than four years and another at 11 years.

Both White Castle and Hardee’s restaurant locations were approved in Brick, but until recently neither had been built. Now, however, the tell-tale shape of a castle has been emerging from the location where that White Castle was first approved in 2007.

“People are very excited, especially a lot of our seniors, believe it or not,” said Mayor John Ducey.


White Castle will open its Brick location at a pad site in the Riverwalk shopping center. The building itself will be located right next to the Outback Steakhouse site and have entrances from within the shopping plaza as well as Hooper Avenue. According to planning documents, the restaurant – known for its addictive hamburger sliders and chicken ring sandwiches – will have 60 seats and a drive-through lane. 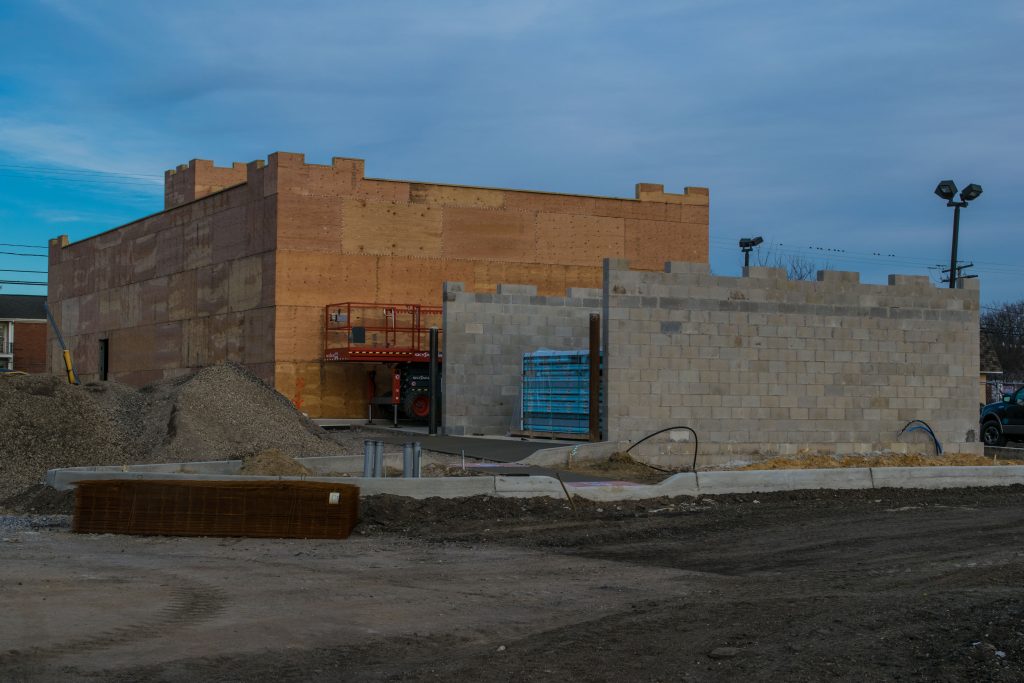 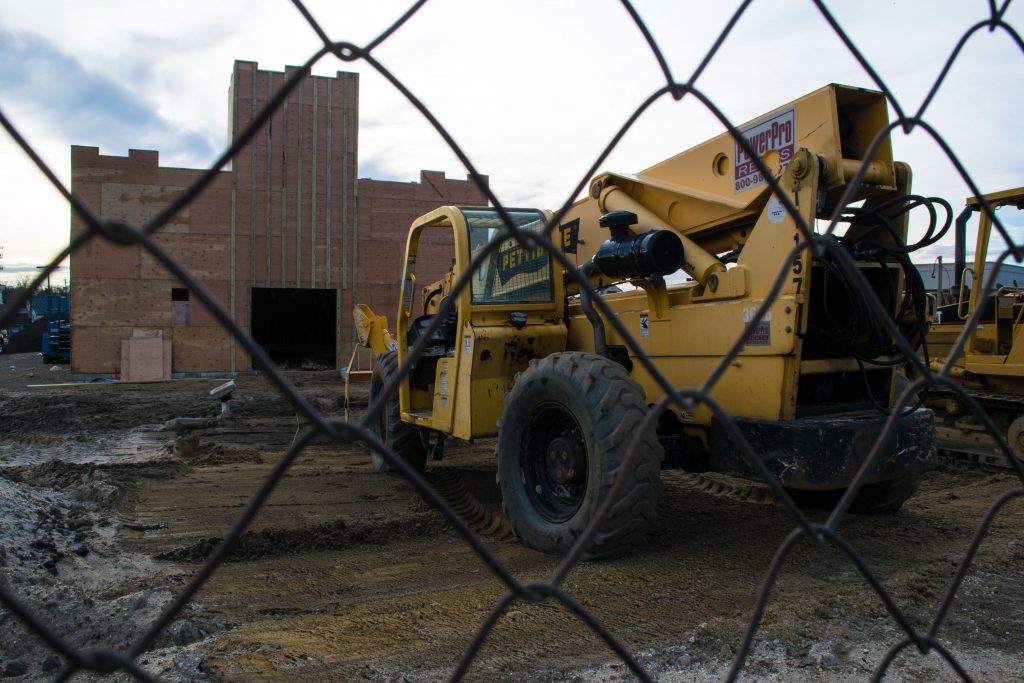 White Castle has long been rumored to be interested in coming to Brick, with the company first proposing to build a location in 2017. Though nothing was ever built, the chain revived its application at hearings in 2010, 2012 and finally in 2017.

Down Brick Boulevard, progress on another fast food restaurant – also the first of its kind in the area – has come to a halt.

Ducey said township officials were last in touch with the developer of a proposed Hardee’s restaurant over the summer when concerns were raised about the appearance of the lot on which the restaurant was supposed to be built. 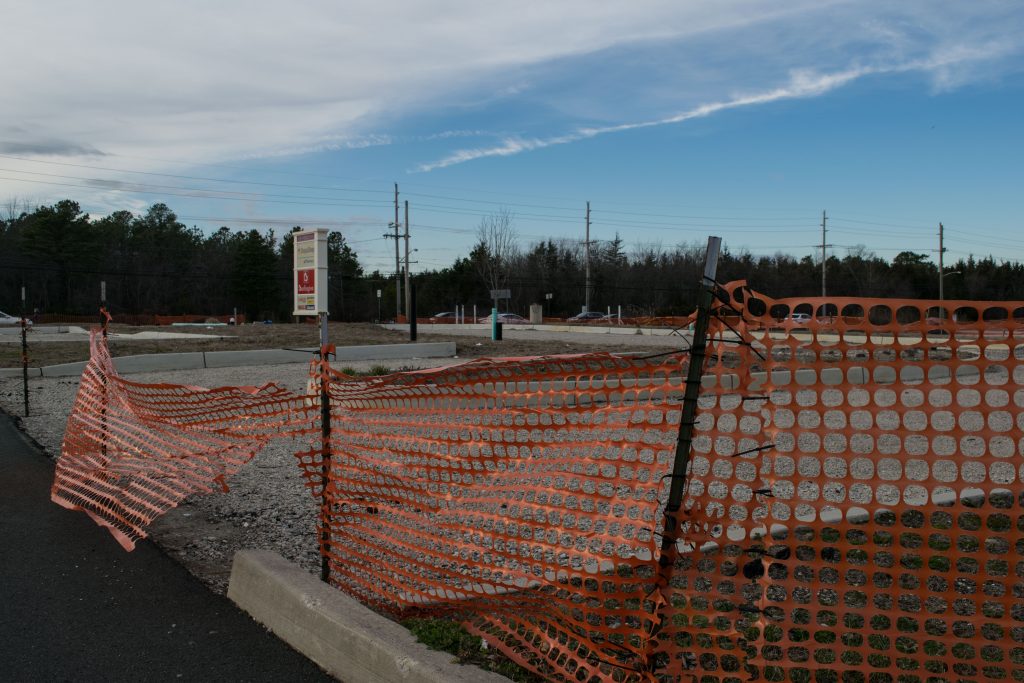 A pad site at the Bay Harbor shopping center in Brick where a Hardee’s restaurant had been proposed. (Photo: Daniel Nee)

Hardee’s was approved in Dec. 2014 to be constructed at a pad site at the Bay Harbor shopping center, which is also home to Stop ‘N Shop as well as Burlington Coat Factory. The plot where the restaurant would have been built, outside the jug handle that runs through the shopping center’s parking lot, had been approved for use as a fast food restaurant since 2009, but it was in 2014 that Hardee’s formally received permission to build.

There are few details as to what, exactly, prompted the project to be put off. Last year, its owner told another publication that the Brick restaurant would be branded as a Carl’s Jr. instead of a Hardee’s. The two chains, with virtually identical menus, are both owned by CKE Restaurants.

Ducey said the property owner has been issued a notice of violation for failure to properly maintain the property.

Last month, the township’s planning board voted to approve an application by Starbucks to build a location within the jug handle area of the Bay Harbor plaza. The coffeehouse will be linked to Hardee’s (or Carl’s Jr.) by a walkway if it were ever to be built, officials said.