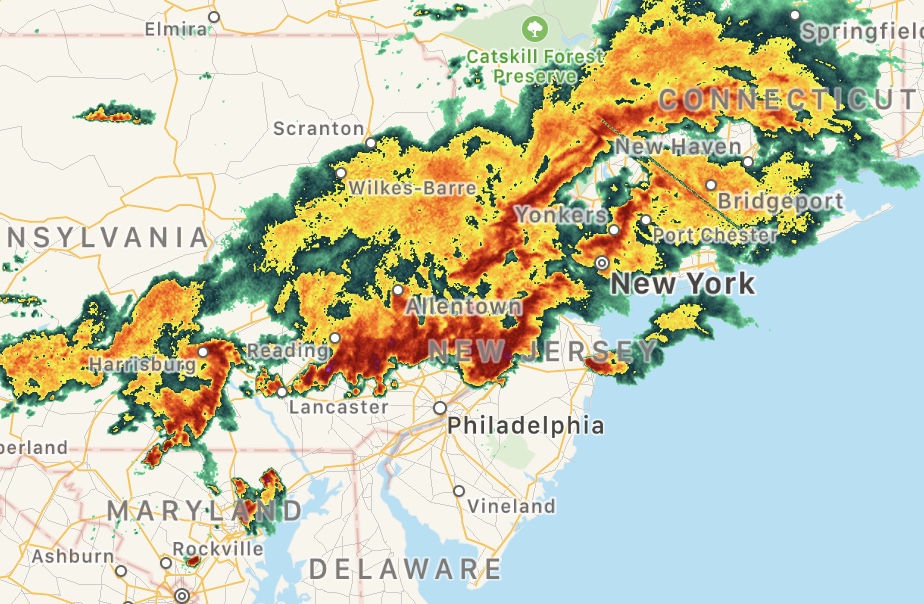 The National Weather Service has issued a tornado watch and a severe thunderstorm warning for nearly all of New Jersey, including Ocean County, as severe weather moves in from the west.

Thunder was being heard in Brick, Toms River and barrier island communities by 5:45 p.m. According to a special statement from the National Weather Service in Mount Holly, 60 m.p.h. wind gusts and quarter-size hail were present in a group of storms moving into Ocean County from Burlington County. The severe thunderstorm warning and tornado watch were in effect until 6:45 p.m., though a separate tornado watch for other parts of New Jersey will last through 8 p.m.

“Although a tornado is not immediately likely, if one is spotted, act quickly and move to a place of safety inside a sturdy structure such as a basement or small interior room.”

The NWS is forecasting that showers and thunderstorms – some severe – will remain a threat until 2 a.m. Some storms could be severe, with large hail, damaging winds, heavy rain, and frequent lightning. Patchy fog will move in after 10 p.m.

The string of scattered, severe storms will likely spill into Thursday, with another round predicted mainly after 1 p.m.