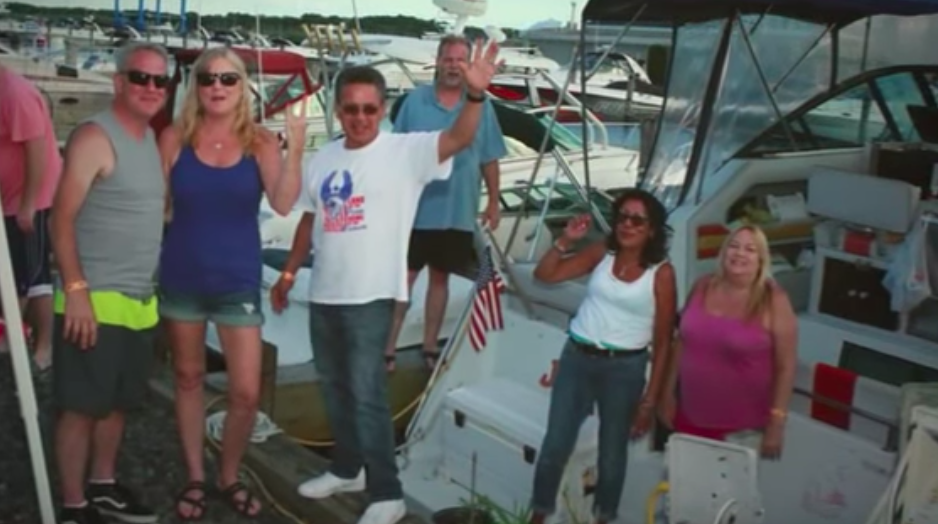 Before they were international pop culture icons, bands like Cheap Trick, Twisted Sister and Joan Jett played gigs in New Jersey. What do they all have in common? At one time or another, they graced the stage of the Lighthouse, a nightclub built on a marina property at Lake Hopatcong run by the Trapasso family.

That family-owned marina was the product of a love story, a love for the water and an unrelenting goal of showing customers a fun time. These days, Vito Trapasso, who grew up learning how to run the business in Lake Hopatcong, owns Jersey Shore Marina on Route 70 in Brick, and brings the values he learned from a young age to the Jersey Shore. 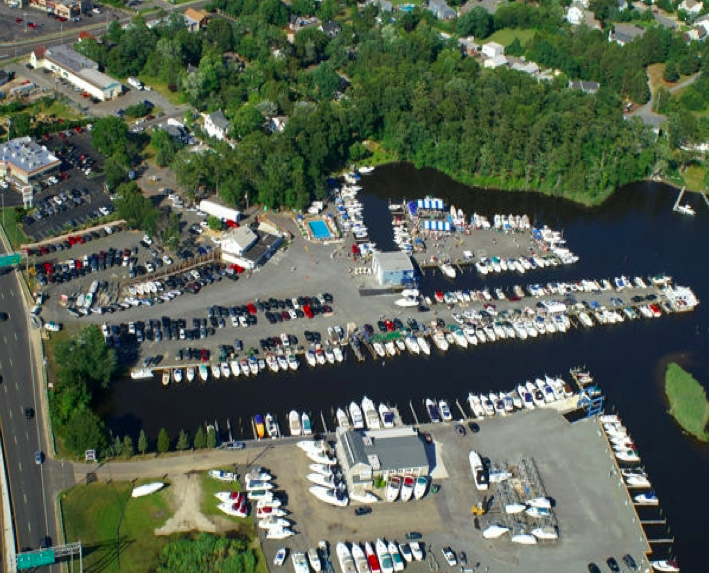 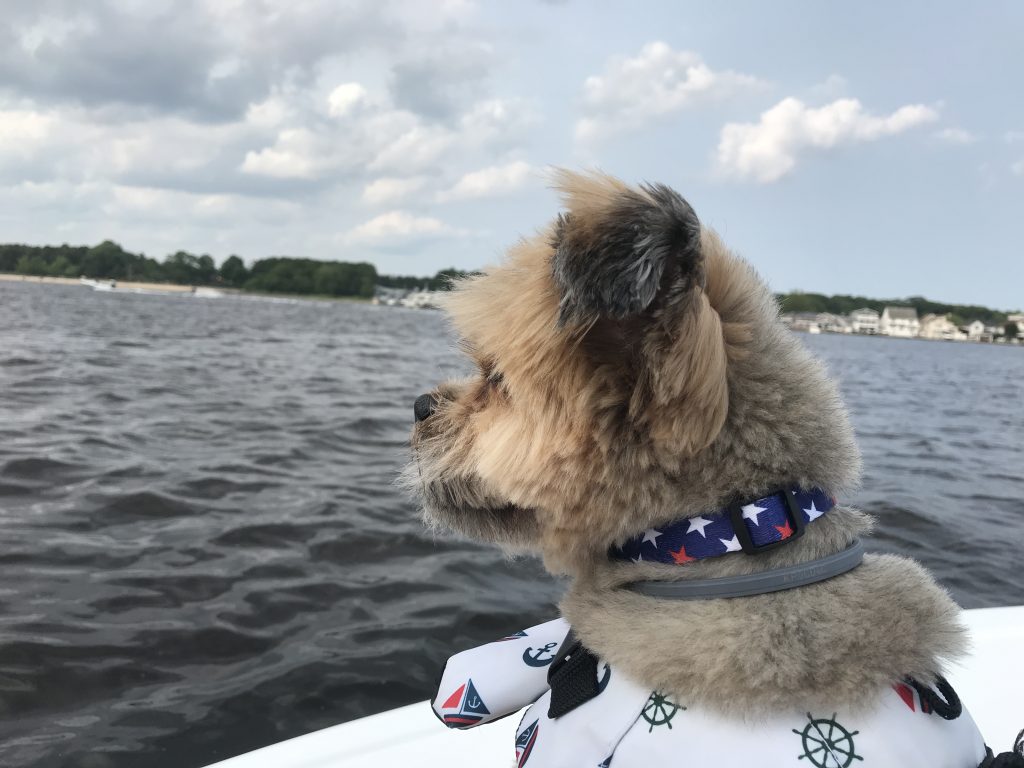 A dog enjoys a boat ride on the Metedeconk River in Brick. (Photo: Daniel Nee)

“In the ‘40s, when my father got home from World War II, they went to a place called the Glen Cove Lodge on Lake Hopatcong every summer,” said Trapasso, sitting in his office at the marina, where he lives on the property with his son. “Well, what do you know, one year they came to the lake and the property was up for sale. They bought it and turned it into what eventually became Trap’s Marina.”

Owning a business was the dream of Trapasso’s father, and it took off quickly as more people discovered North Jersey’s lake scene. The family soon started a restaurant and nightclub at the property and was able to attract top talent.

“It was one of the biggest nightclubs ever to hit New Jersey,” Trapasso recalled. “Bruce Springsteen used to hang out a lot there. It was a converted dinner theater and it had an old Presbyterian church connected to it where the bands performed.”

The marina business was where the younger Trapasso thrived. His father sent him to a vocational school and then to Chrysler’s outboard repair school (the automotive company was, at one point, a leading boat engine manufacturer). Eventually, the family marina merged with a larger company and Trapasso found himself heading up all of its freshwater locations. But throughout his career, the Jersey Shore was calling.

“My dad always wanted to have a location around here,” Trapasso said. “He loved the boardwalk and he wanted to run a marina down here.”

Eventually, Trapasso met John Woolley, who earned the nickname “Lightning Jack” in the boat racing scene. The two started Lightning Jack’s marinas in Brick and ran them together before Trapasso purchased what is now Jersey Shore Marina, just up the road.

“Don Johnson had it for many years with his family and he was looking to sell it, so I made him an offer,” recalled Trapasso.

His goal was to recreate the fun atmosphere of his days at Lake Hopatcong in his new hometown of Brick. He renamed the place Jersey Shore Marina and charted a course of improving the property and building a new family business.

“Over the years I fixed it up – it was a handyman’s fixer-upper – and living on a family budget with a big mortgage, we put up some paint and gravel and took it one step at a time,” said Trapasso.

“We incorporated a little bit of what we did in the past with bands and get-togethers, and we have pig roasts and parties to keep the family-oriented, close-knit community going,” he said. “We want a place where families can come, feel comfortable, hang out and know that their kids can run around and be safe.”

Indeed, the community feel at Jersey Shore Marina is second-to-none. The marina hosted a pool party on Memorial Day weekend and holds events all season long, from a Christmas in July decorating contest to the August pig roast, to a Halloween party in the fall. Many boaters stay at the marina for the entire weekend. Some set up outdoor lounging areas, tiki huts and barbecues – and there’s always someone around the lend a hand to a neighbor. 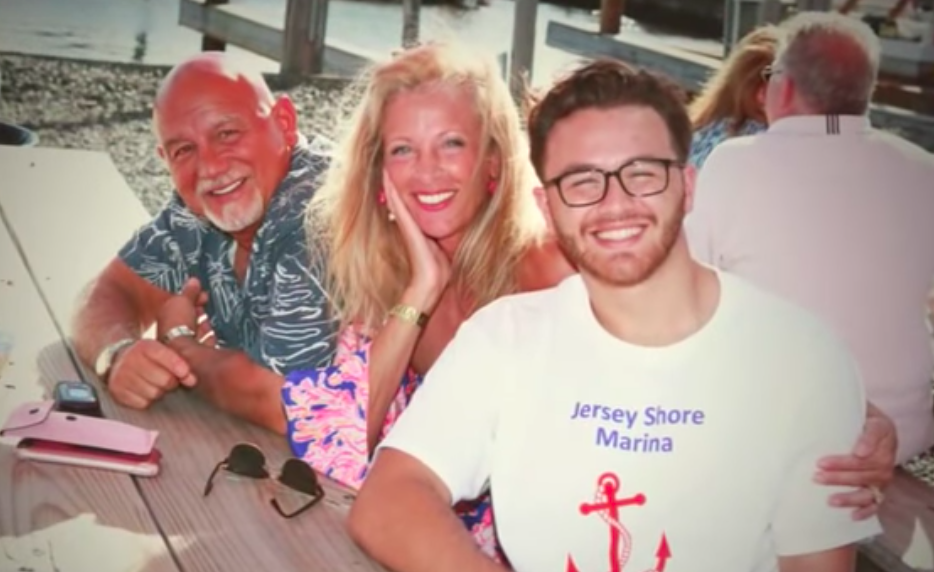 Trapasso is now celebrating his sixteenth season as owner of Jersey Shore Marina.

“We’ve been through our ups and downs – we’ve had to deal with a rough economy, then Hurricane Sandy,” he said. “Things dried up when the recession hit. Boat companies everywhere filed Chapter 11, probably two-thirds of all boat companies went out of business and people forgot about luxury items because they had to focus on putting food on the table. But time went on and we survived.”

Vito runs the marina alongside his son, Anthony, and both live on the property. There are 32 modern security cameras, but nothing is better than a pair of human eyes to make sure things are running smoothly. As his parents taught him, Trapasso is passing on the values of hard work and customer service to his son.

“We work hard, and we work seven days a week to give people a special place to go,” Trapasso said. “We have a saltwater pool, showers and bathrooms that are air-conditioned, and we service boats seven days a week.”

When some marina owners are taking their own boats out on July 4, Trapasso and his family and staff are hard at work.

“The season is short and that makes people nervous,” he said. “When the weather is finally here, they need their boat to work and they need it now, so we make the extra effort to realize that and react to it. We’ll never tell somebody, ‘you won’t get that fixed for weeks.’ We try to get things done in hours, not weeks, and definitely within a couple days.”

Most customers have been customers for years. Their children grow up together and there are some good-natured rivalries between boat owners over which dock is the coolest.

The marina features 175 slips, a beautiful saltwater pool, restrooms and air-conditioned changing rooms, plus ice, fuel, lifts, a ramp and a service garage on site. During the week, boaters can park right behind their slips and on busy weekends they can always unload at their boat before parking a short distance away. There is room for hundreds of cars – a major asset for those who have family and friends on board their vessels.

The marina staff is tuned in to the way things work.

“I’m always trying to think of new things because this is a vacation for folks – it’s their second home,” said marina manager Lisa Visco. “We try to have something for everybody, because even after people spend a day on their boats, we’d like them to stick around.”

Hence the get-togethers, parties, poolside chats and other events that help create a community atmosphere.

Trapasso said that extends to the physical layout of the marina as well. It’s easy to get in and out of boats with full-length fingers on either side of each slip, fresh gravel delivered every season and plenty of room to socialize at the docks.

Jersey Shore Marina is a sponsor of Shorebeat. It is located at 841 Route 70, Brick. The marina is currently offering discounted prices on remaining slips for the 2019 season. For more information, visit the marina’s website or call 732-840-9530.