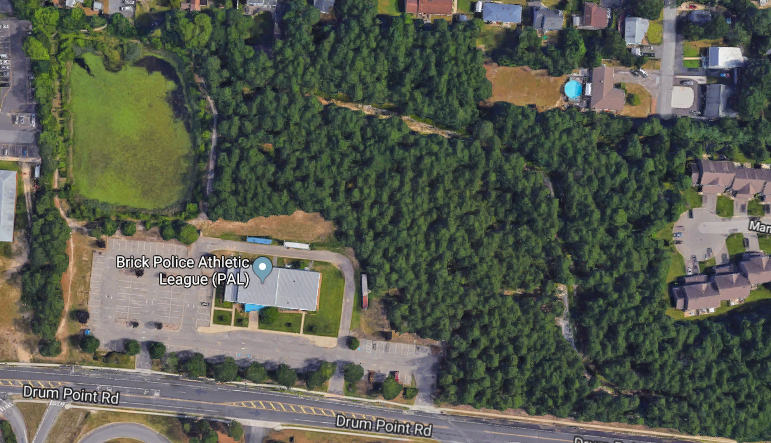 An aerial view of the trail where an alleged assault took place June 19, 2019. (Credit: Google Maps)

Brick detectives are investigating a report of a township teen being assaulted on the trails in the wooded area between Jackson Avenue and the PAL building on Drum Point Road.

Sgt. Jim Kelly said officers were called to Central Avenue at 2:45 p.m. Wednesday in response to a report of a 16-year old male who said he was attacked.

The boy told police that he was riding his bicycle on the trail when he encountered an unidentified person, described as a light-skinned black male, approximately 6-feet tall with a muscular build and a “scruffy unshaven beard.” As the teen neared the man, who was walking in the same direction in which he was riding his bike, the juvenile said, “Excuse me.” At that time the man is alleged to have knocked the boy off his bicycle and proceeded to assault him.


“During the scuffle, the juvenile sustained superficial cuts on his left arm from what he described as an ‘unknown weapon,'” Kelly said.

Police called EMTs to treat the boy, but he refused treatment. Several patrolmen and detectives canvassed the area for the suspect and evidence of the altercation. By 11 p.m. Wednesday night, no suspects had been located.

“Officers are still working this case and the investigation is ongoing,” said Kelly. “Patrols will be increased in the area, including a presence at the bus stops for school.”