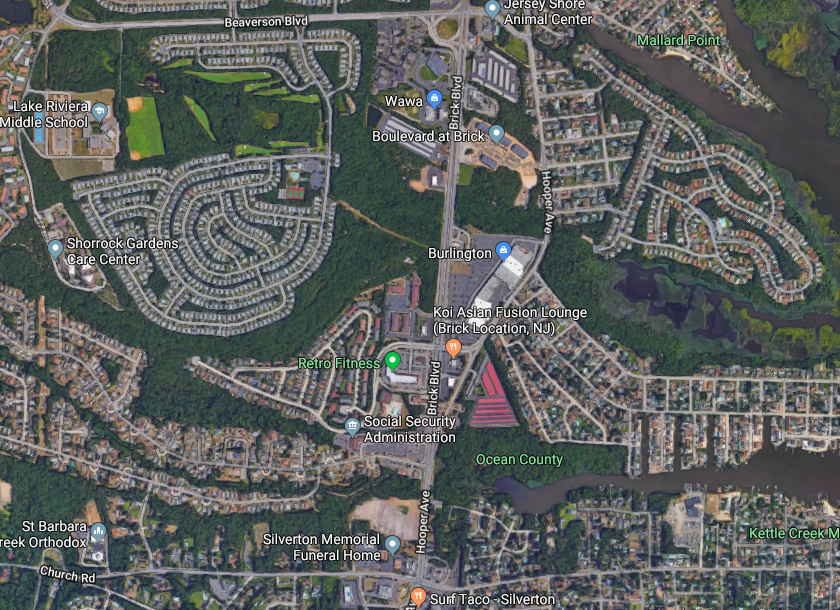 Ocean County engineering officials, at the request of members of the freeholder board, will conduct a study to see if the traffic bottleneck at the border of Brick and Toms River can be alleviated.

The area, busy for decades, will see extra traffic as a result of a new shopping plaza being built at about the spot where Brick Boulevard becomes Hooper Avenue at the border. The delay often runs back into Brick from at least the Church Road intersection.

John Ernst, the county engineer told Shorebeat that his office will be looking at the frequent traffic backup between the area of Beaverson Boulevard in Brick (at its intersection with Brick Boulevard) and Church Road (at its intersection with Hooper Avenue). Solutions will be jointly decided upon by the county and the North Jersey Transportation Planning Authority and will include a series of stakeholder meetings in the future, plus the development of a wide list of plans that could alleviate traffic jams there.


“We have another project that we’re going to work with NJTPA to look at that area,” said Ernst.

He said the process will be similar to that of the recent decision to replace the Chadwick Island Bridge in Toms River, which was an NJTPA-funded project. In that effort, a slew of varying options were presented to both officials and the public.

“We’re going to go through the same process because of the unique character of that corridor and how tight it is,” said Ernst. “We’re going to look for some alternatives through that process.”

The forthcoming study was cheered by members of the freeholder board.

“It’s been that way for 25 years,” said Freeholder Director Virginia Haines. “It’s just terrible. I don’t know why it’s that bad, but we’re going to take a look at those two intersections and look toward the future.”