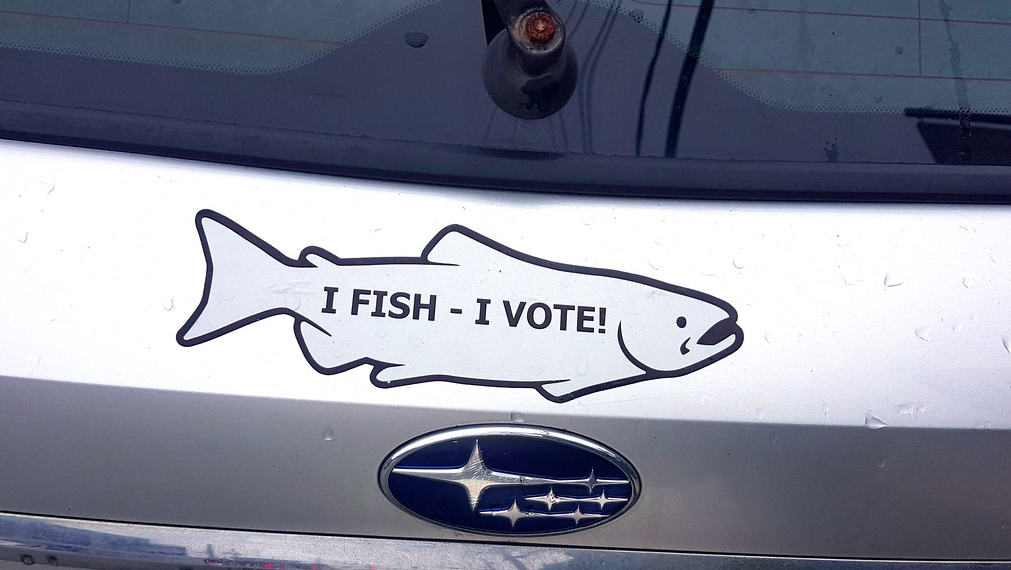 An ‘I Fish, I Vote’ Bumper Sticker (Credit: Flickr/Hiveminer)

An Ocean County legislator said Monday he is building on a program introduced last year by his colleagues that allows people to register to vote at motor vehicle offices by doing the same at shops where fishing and hunting licenses can be purchased.

“If we really want to increase voter participation, we should expand the number of agencies that offer voter registration,” said Assemblyman Ron Dancer (R-Ocean).

Under Dancer’s bill, if the Secretary of State verifies an office providing hunting, fishing or trapping licenses already collects documents that would provide proof of voter eligibility, it would be required to establish and implement an automatic voter registration process similar to the state Motor Vehicle Commission. Dancer’s bill also creates a paper registration process by designating hunting, fishing or trapping agencies as “voter registration agencies” like the Department of Human Services, Division of Vocational Rehabilitation Services and municipal clerk offices.


There are, of course, some political undertones to the proposal. Obtaining voter registration at a number of state agencies, in theory, would benefit Democrats, argued Republicans at the time. Likewise, it is well known that the hunting and fishing communities tend to skew toward the conservative side of the aisle.

“If this is really about participation and not politics, I don’t see why there should be any hesitation in expanding automatic and paper voter registration processes to places that offer hunting, fishing and trapping licenses,” Dancer said.

Republicans have also expressed concern that Gov. Phil Murphy’s push to allow those in the country illegally to obtain driver’s licenses could lead to voter fraud.

“I do think we need to do more to encourage voter participation – it’s the reason I introduced this bill – but we also we need to protect the integrity of our elections,” said Dancer. “Every eligible citizen with the right to vote should be doing just that.”