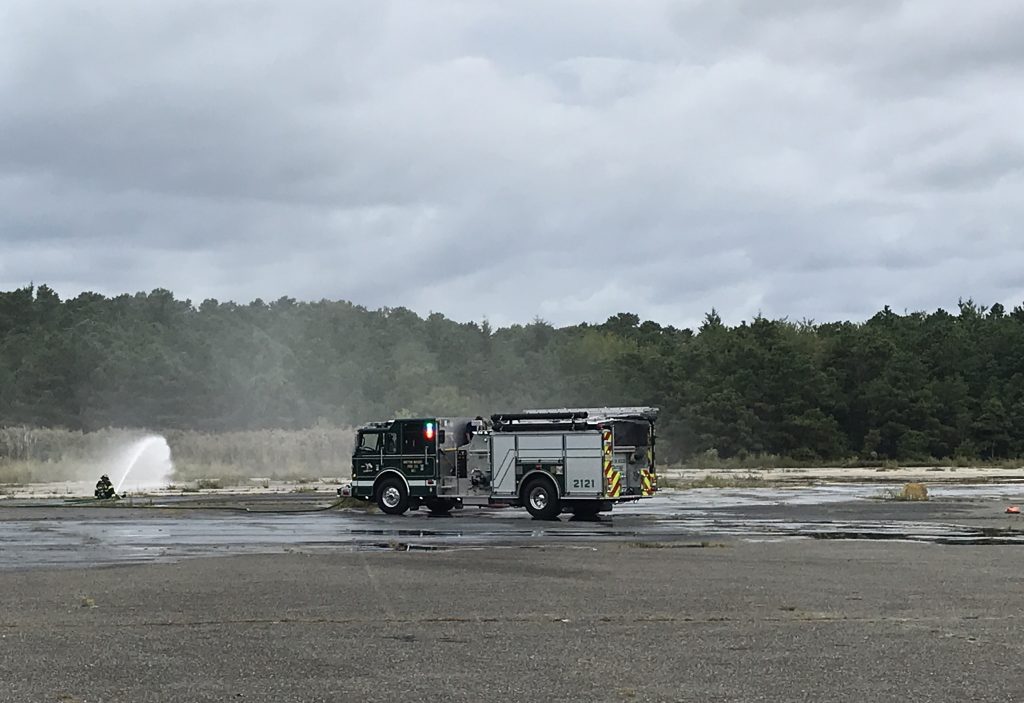 Motorists passing by the former Foodtown shopping plaza on Route 70 Monday may have seen a few fire trucks pumping water and firefighters hosing down an object on the ground. A few even stopped in the jug-handle to get a closer look.

We asked Kevin Batzel, the township chief of fire prevention, what was happening, and he confirmed to us that it was a training drill being completed by the Breton Woods fire company.

“There’s one hydrant left on the property, and they go there sometimes to train – hooking things up, practicing on the equipment and hooking up to the hydrant,” he said.


Brick’s four volunteer fire companies train frequently. The township has a formal training center of its own on Herbertsville Road, a unique facility to ensure firefighters hone their skills regularly, but sometimes fire companies prefer to train elsewhere. In the case of Breton Woods, which is located in a different fire district than Herbertsville, where the training center is located, the Foodtown site offers plenty of room and a location closer to the station.

“They love to go to that area and pump,” said Batzel. “Instead of driving up to the training grounds and using the hydrants there, they sometimes like to use a site in their district.”

The short version: there was no emergency at the Foodtown plot. Just your Brick Township volunteer firefighters keeping their skill sharp.