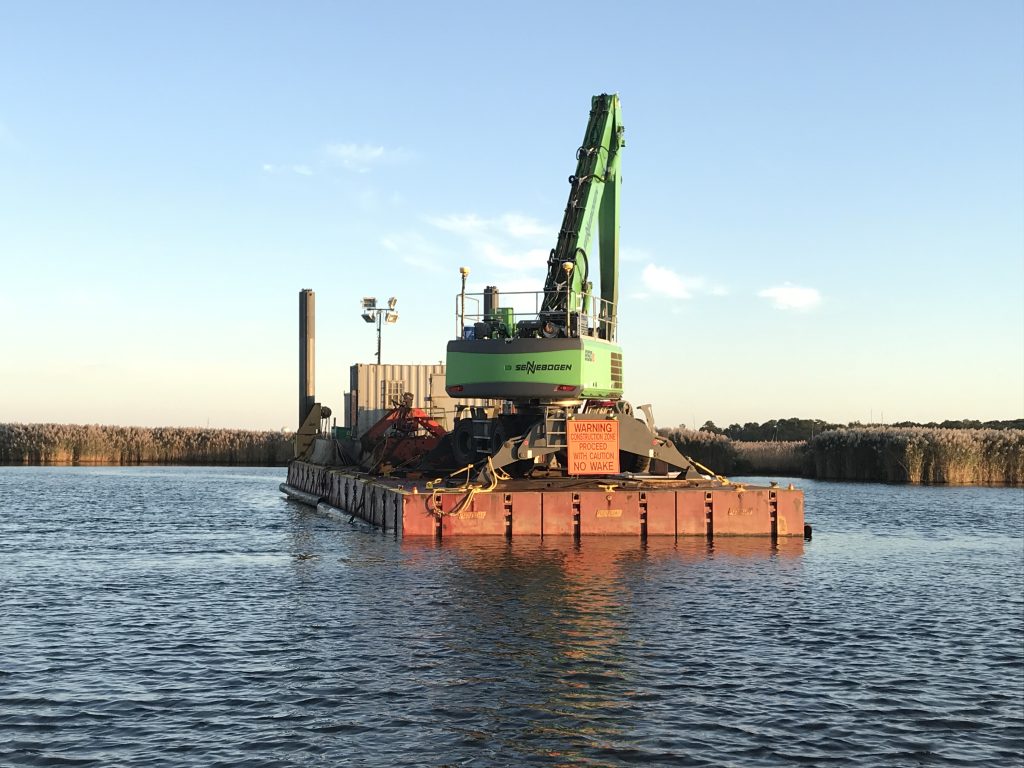 A dredge barge rests in the narrows of the Metedeconk River on Oct. 16, 2019. (Photo: Daniel Nee)

A major dredge project that deepened channels throughout Brick, in the Metedeconk River and its narrows, Beaver Dam Creek and some of the upper portions of Barnegat Bay near Gunner’s Ditch, is completed, state officials confirmed to Shorebeat on Tuesday. 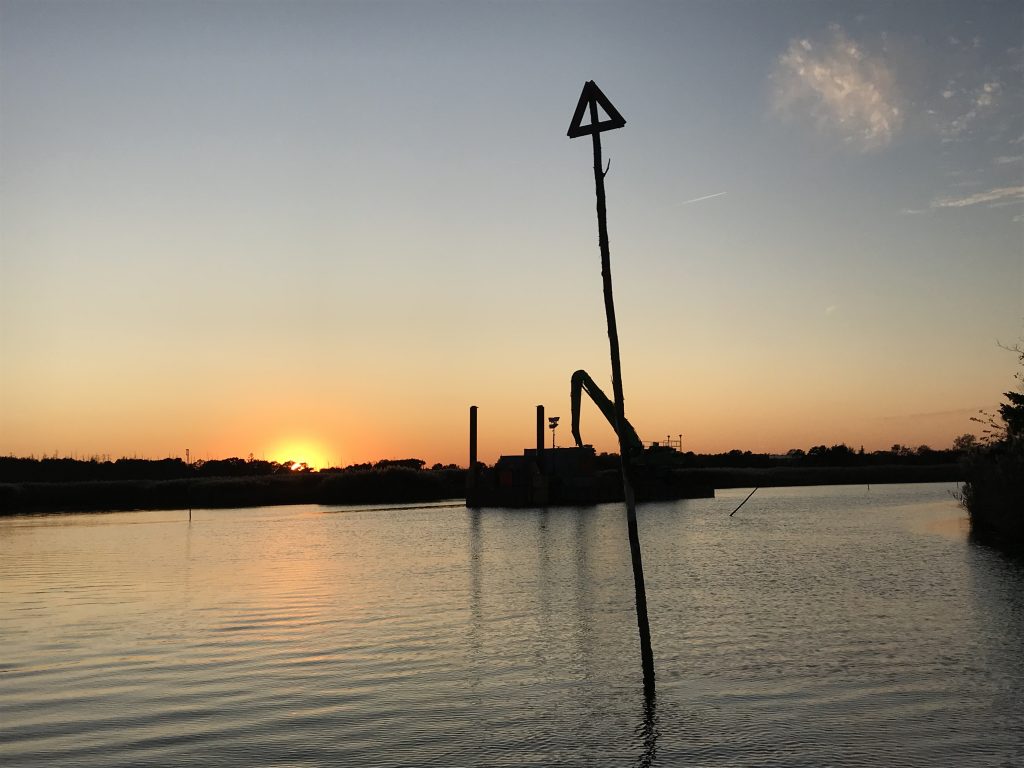 A dredge barge in the distance in the Metedeconk River at sunset, Oct. 16, 2019. (Photo: Daniel Nee)

The $16 million Metedeconk Channels project, which was expected to continue through December 2019 is coming to an end two months early. The state Department of Transportation’s Office of Maritime Resources (OMR), working with the H&L Contracting, made the decision to add the Sloop Creek and Lavallette Channel to the existing contract to maximize available time left in the dredging season, which must be completed by year’s end due to winter flounder migration.

In the latest portion of the project, dredging in Sloop Creek in Berkeley Township is scheduled to start on or about October 24 and is expected to be finished in a few weeks. Dredging in Lavallette Channel in Lavallette will begin directly after Sloop Creek and is anticipated to last through December 31, 2019. NJDOT’s contractor, H&L Contracting, will be mechanically dredging the channels to an authorized depth of five feet below mean low water with one foot of allowable over-dredge.  An estimated 86,000 cubic yards will be removed taken by barge to the placement location known as Dredge Hole 25, which is located off the coast of West Point Island in Lavallette.

The channel runs along the barrier island side of Barnegat Bay from Ortley Beach to the border of Brick and Toms River border in Normandy Beach. It gets its name since it runs along the entirety of Lavallette’s border. It is the channel closest to the bay beach and residents’ docks. 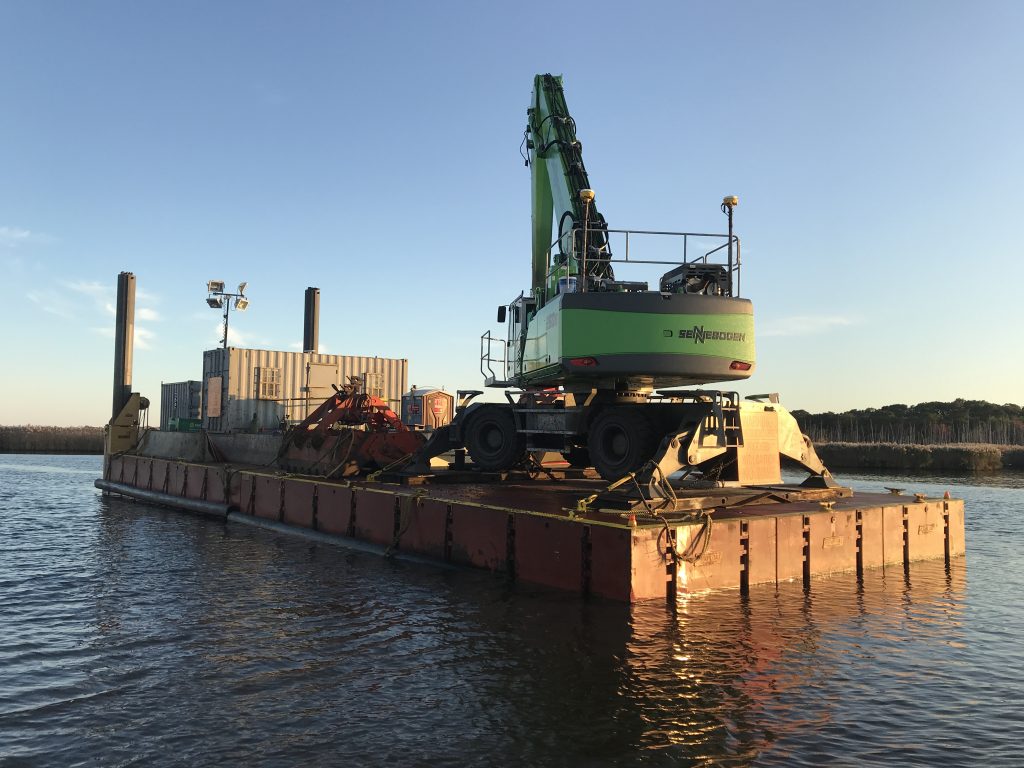 A dredge barge rests in the narrows of the Metedeconk River on Oct. 16, 2019. (Photo: Daniel Nee)

Dredging operations are expected to continue 24-hours-a-day, seven-days-a-week through the end of December 2019. Channel use may be limited where the excavator barges are located. In Brick, the work produced some noise complaints, but the strictness of the schedule – prompted by environmental regulations due to migrating fish species – is central to completing the project.