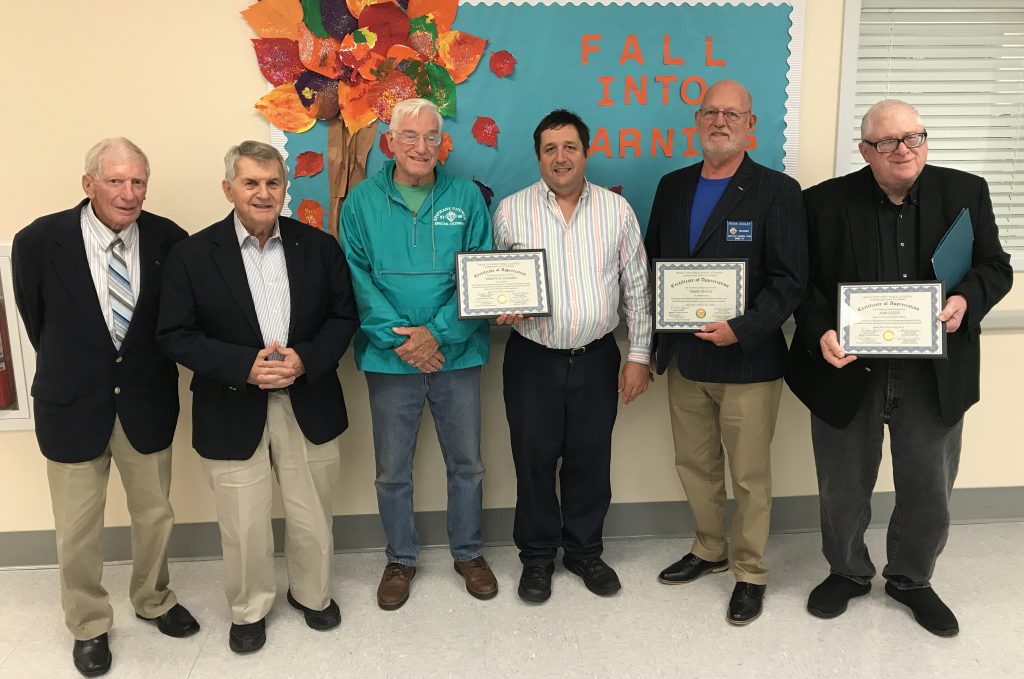 Members of Brick Knights of Columbus Council No. 8160, based at Epiphany Church off Herbertsville Road, received honors from the Board of Education for over three decades of service to Brick’s special needs children, raising hundreds of thousands of dollars over the years and brightening the summer season for the school district’s extended school year students.

“We enjoy it probably just as much as the kids do,” said John Crosio, a member of the Knights of Columbus council who organizes the effort every year. “We love doing it for them and look forward to doing it every summer.” 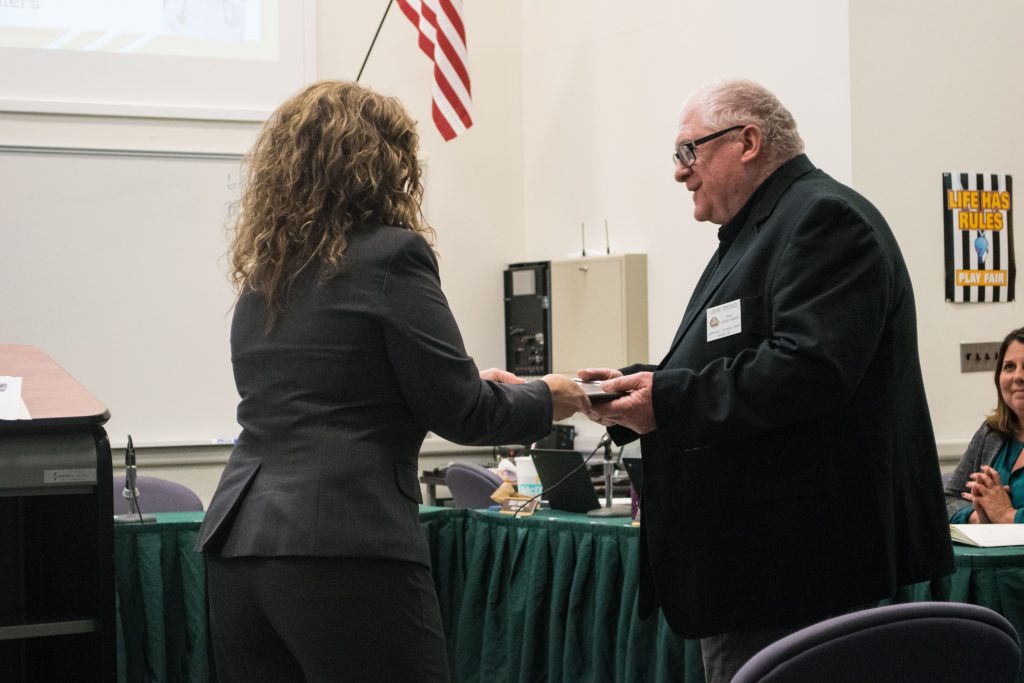 The Knights raise about $10,000 every summer, all of which goes to the 290 children in the summer program, known as BASE Camp. Members of the council also dedicate their time to the program each summer, from organizing special programs to hosting pizza parties and outings. This summer, the council provided daily snacks to all of the students every day, hosted pizza parties with entertainment and gave each child a completion medal at the end of the program.

“They have been supporting us for over 30 years,” said Lorraine Cooper, who heads the extended school year program.

The Knights also donated 12 gift cards, and any leftover food was donated to the homeless. The board gave special recognition to council members of United States Marine Corps veteran Frank Dooley, who was part of the “Week of Heroes” celebration, a patriotic-themed week during the summer where students learned about their country and those who work to protect it. The program also included a nautical week, beach activities, and a week that focused on treating others with honor and respect, Cooper said.

Council No. 8160 spends the entire year hosting events to raise funds for the annual outreach effort, in what has become a sense of purpose for the council and one of its most important missions.

“We don’t look at this as charity, we look at it as service to the community,” said Crosio. “We do it because it’s what we’re supposed to do as neighbors and friends.” 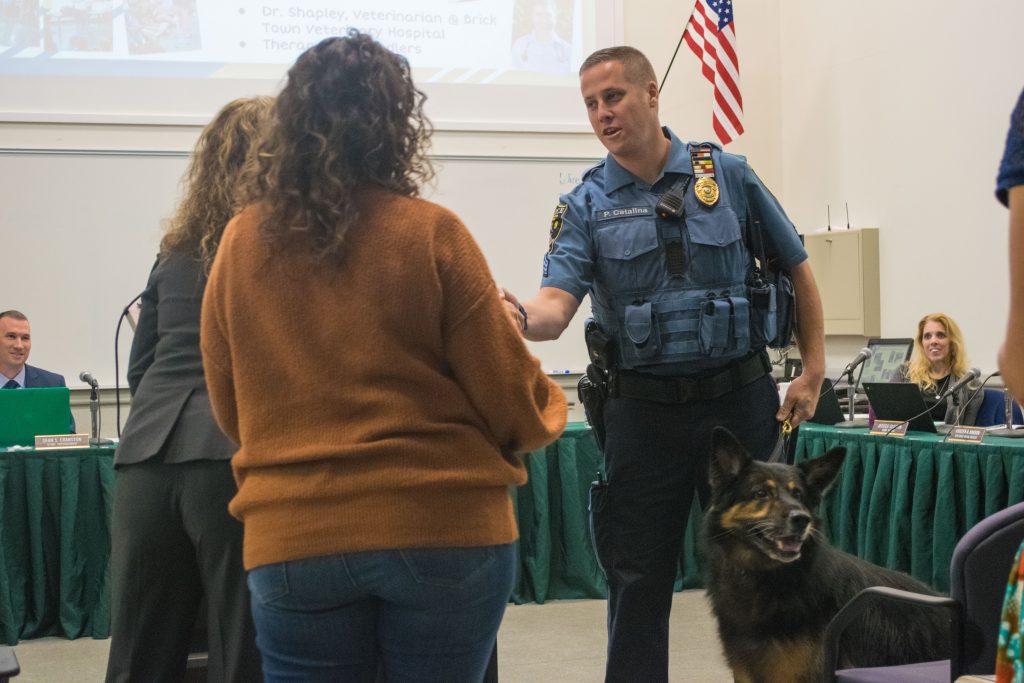 Sgt. Paul Catalina and K9 Duke receive an honor from the Brick Twp. Board of Education, Oct. 2019. (Photo: Daniel Nee)

The board also recognized Brick Township Police Sgt. Paul Catalina and his K9 partner Duke, who visited with the kids this summer, as well as a local group of therapy dog owners who worked with the students all summer.

The BASE Camp program has its roots in Camp Beadleston, the historic special needs program that began more than 30 years ago in the Brick school district. Cooper said the modern program includes speech, occupational therapy, counseling and activities like track and field, yoga, art and writing.

“It is not a summer camp – it targets instruction and maintenance of skills so the kids can return in September in a place of stability,” said Cooper.