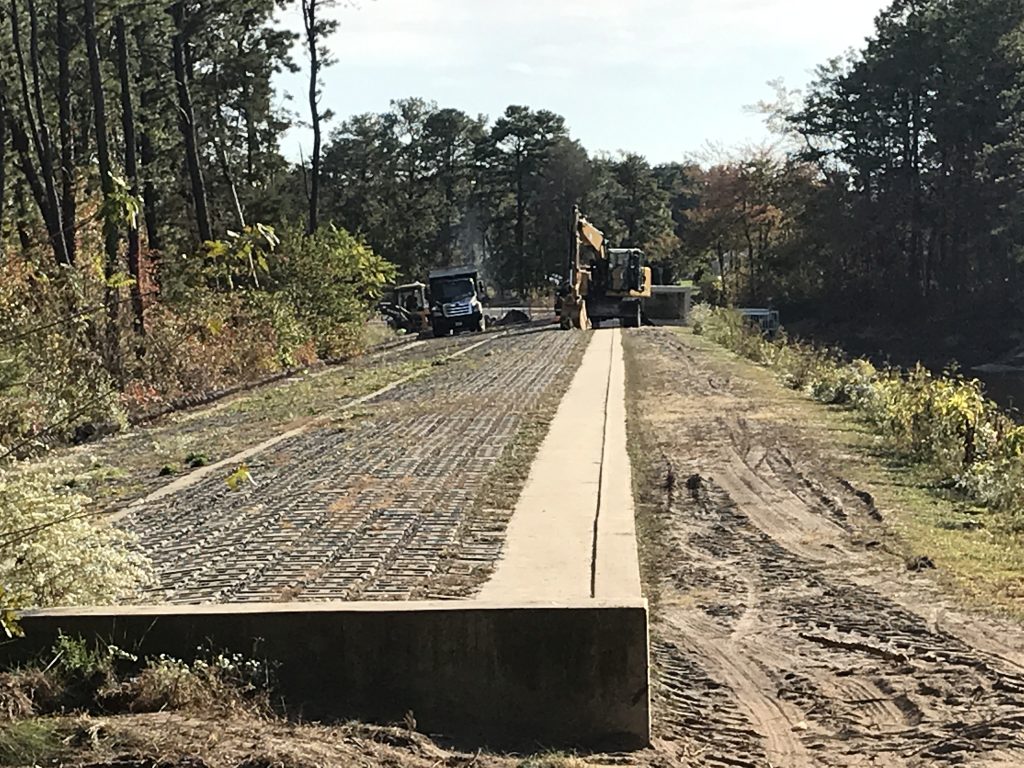 Construction crews began replacing the Lake Riviera dam on Tuesday, the day after the culvert pipe that makes up the bulk of the dam structure was delivered to Brick.

The lake has been lowered to a maximum depth of 4-feet since June under orders from the state and cannot be raised to its normal level until the dam is replaced. The main component of the dam to be replaced, the culvert that carries water between Lake Riviera and the Rainbow Lake tributary, was manufactured in Pennsylvania and delivered to Brick this week. 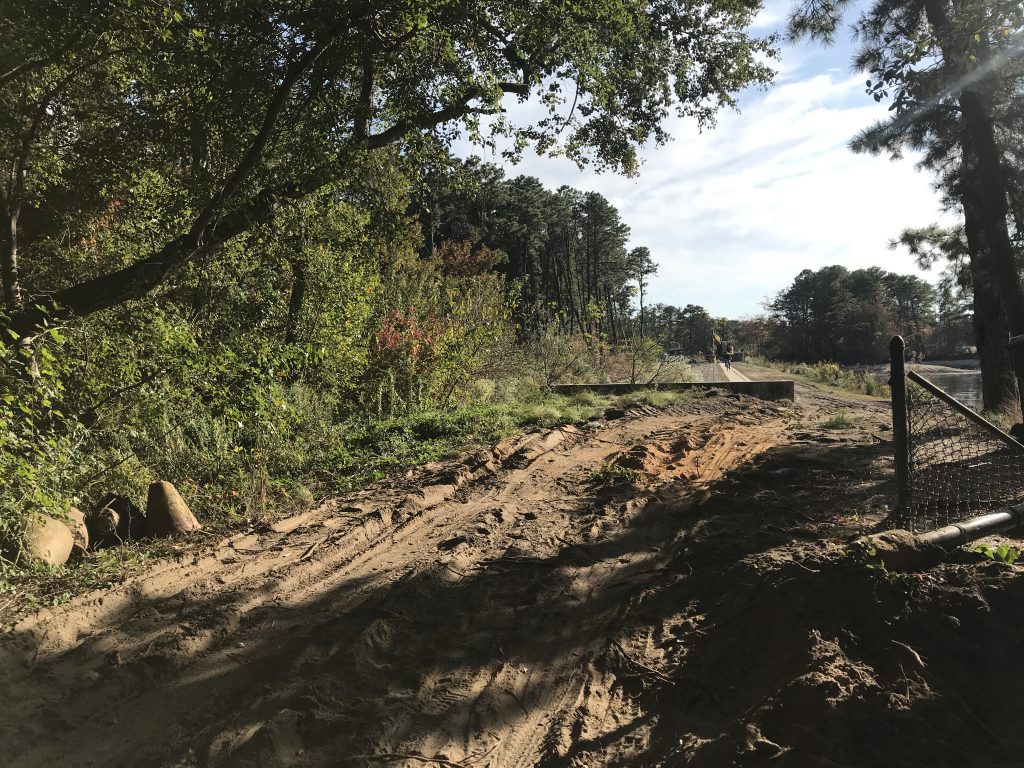 “They are on schedule for completing the cement culvert pipe,” said Mayor John Ducey.

Township Business Administrator Joanne Bergin said the lake level was lowered because the dam is considered a “class II” structure and if it broke, property could be threatened by flooding.

The scope of work – a $177,820 project – includes replacing the eroded section of the culvert with a 6-by-4 foot box culvert, replacing surface treatment filling in scoured areas, and implementing rip-rap sheeting for outlet protection at the Lake Riviera Park Area. The concrete culvert is in fabrication, which is expected to take about 5 weeks.

The dam – which was working at the time – was replaced in 2012, also under order from the state, after a review of the state’s dams dating back to Hurricane Floyd in 1999. The state was intent on eliminating “earthened” dams at the time. It has since failed, and the state has not contributed to its replacement.

Ducey said the primary concern is getting the project completed and returning the lake to its normal level.

“We need this to happen on schedule because the lake had to be drained by order of the state and it has been empty or close to empty for a while now,” he said.